More opportunities for ladies and gentlemen to visit Verona 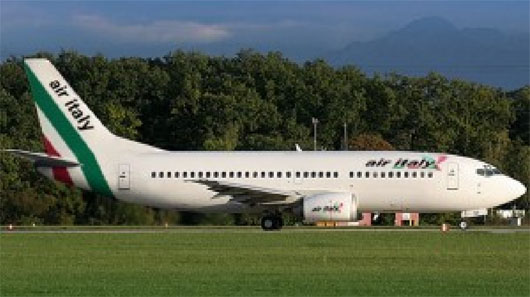 Italy has another new low-cost carrier! Air Italy, which started as a charter carrier back in 2005, is the brainchild of Captain Giuseppe Gentile who was the founder of Air Europe in the 1990s. Since the beginning of June, it has been operating a couple of 737-300s (configured with 136 seats) on routes from Verona to Barcelona, Berlin Tegel, London Stansted, Madrid, Prague, Sofia and Warsaw.

All destinations are served three to four times per week except Stansted, which initially has nine flights per week increasing to 12 from September. Initial plans to serve Paris Beauvais and Moscow Domodedovo appear to have been abandoned, leaving some spare aircraft time. The cheapest fare on all routes is currently Û35 one-way (including taxes and charges).

Verona Airport – growth has been erratic

Verona airport saw a 14% increase in traffic in 2006 to pass three million passengers for the first time, though in the previous year traffic had dipped. This ranks it as the 13th busiest airport in Italy, just behind Pisa and Turin. Its traffic split is currently around 60:40 in favour of international traffic.

The peak traffic months are July and August, when passenger demand is nearly three times higher than during November and December. According to ENAC, in 2005 local Italian routes were the most popular. The UK, Germany, Egypt and Spain each generated over 200,000 passengers. The busiest domestic routes were to Rome Fiumicino, Catania and Naples. The top international destination was London followed by Sharm El-Sheikh and Munich.

Windjet is the largest LCC currently at the airport, serving its Sicilian bases at Catania and Palermo, but also flying to Russia. Other LCCs present include Ryanair, which started flying here last October from Frankfurt Hahn (four times per week) and has now added Bremen (three times per week).

Germanwings flies four times weekly to Cologne/Bonn and Transavia has the same frequency to Amsterdam. Tirana-based Belle Air began services recently and on 1 April this year Click Air started flying from Barcelona. Before the launch of Air Italy, LCCs had about 23% of the scheduled seat capacity at the airport (Source: OAG). 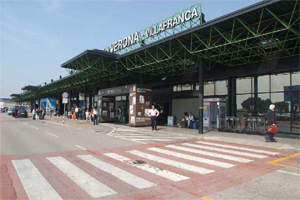 A balanced mix of traditional western tourist cities (Barcelona, Berlin, London and Madrid) is complemented by markets in the new European countries of Bulgaria, Poland and the Czech Republic. The airline has cleverly avoided direct competition with its route selection, except on the Barcelona route where it faces direct competition with Click Air which will be operating daily.

Passengers travelling to or from London also have an alternative, with a double-daily flight to London Gatwick with BA. Adding further choice is Ryanair, which flies from London Stansted to Brescia (which it happily markets as Verona), which is actually just under 50km away.

The Verona Airport System – a choice of two airports

A single company operates both Verona Villafranca (VRN) and Brescia (VBS) airports. Brescia’s total traffic in 2006 was 228,000 passengers (down 44%) and its only scheduled services are now with Ryanair to London Stansted and Barcelona Girona (new for this summer).

Back in May 2005, Ryanair had launched a double-daily service to Rome Ciampino, but this was abandoned after less than a year at the end of March 2006. There is also a limited charter programme.

So why visit Verona?

Verona’s iconic open air arena, built 2000 years ago, is still used to host major opera events during the summer. This year, celebrating its 85th anniversary as an opera venue, Nabucco, Aida, La Boheme, The Barber Of Seville and La Traviata will all be performed there. Great if you like Verdi.

The airport also serves as a convenient gateway to the delightful Lake Garda area where you can experience a different kind of culture by visiting Movieland Studios, a theme park where the star attraction would appear to be a Lara Croft Tomb Raider Machine ride.