Air Deccan’s 20th Airbus to be based in Kolkata 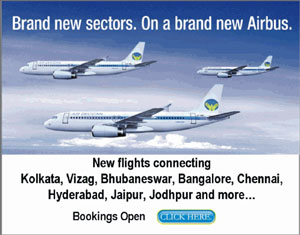 On 10 July, Air Deccan increased its Kolkata-based fleet from seven to eight aircraft with the addition of an A320, the 20th such aircraft in the airline’s fleet. Combined with its 24 ATR turboprops, this raises the fleet size to 44.

The new Kolkata-based aircraft will help inaugurate a new daily route to Visakhapatnam (Vizag), which is currently unserved by any other airline; return fares are currently around 3700 Indian Rupees ($90) even for last minute bookings.

Apart from the new route to Vizag, there will also be additional frequencies from Hyderabad to Vizag, Kolkata to Bhubaneswar and Bangalore to Bhubaneswar. In May, Air Deccan’s traffic was up 32% on the previous year at 704,043. Load factors were also up three points to 85%. 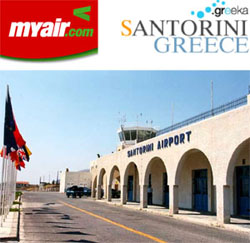 Greek island gets another service to Milan

Rapidly expanding Italian LCC MyAir launched a new route between Milan Malpensa and the Greek island of Santorini (JTR) on 10 July. The twice-weekly service is the airline’s second to the island, complementing the Milan Bergamo route which began last summer. Somewhat surprisingly, this is MyAir’s only destination in Greece as it does not serve the likes of Athens, Thessaloniki or Heraklion. 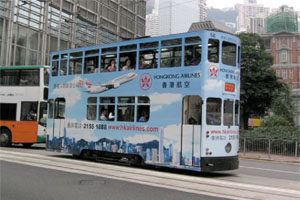 There is growing competition on routes between the Chinese mainland and Hong Kong these days. Hong Kong Airlines (the private airline known as CR Airways until last September) began a thrice-weekly service from Hong Kong to Nanchang (KHN) on 9 July. Competition on the route will come from China Eastern, which operates four times weekly.

Nanchang is the capital city of Jiangxi Province in southeastern China. It is home to what is claimed to be the world’s tallest ferris wheel, the Star of Nanchang. At 525 feet it is 82 feet taller than the current official record holder, the London Eye. This record may not last long as construction is almost complete on the Singapore Flyer, which will be taller still.

The city, with a population of around two million, is also home to a Ford factory, which assembles Transit vans. It also boasts the second largest public square in China after Beijing’s Tiananmen Square.

Hong Kong Airlines (not to be confused with Oasis Hong Kong Airlines) operates a fleet of six B737-800s in a 164-seat configuration. The airline clearly has ambitious plans as it recently signed an MOU with Airbus for 51 aircraft, including 30 A320s, 20 A330s and an Airbus Corporate Jet.

The latter is probably for Robert Yip Kwong the local businessman who owns 51% of the airline. 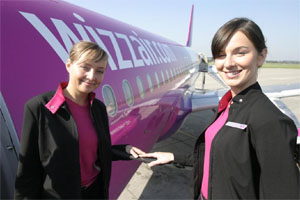 Brightly coloured central European LCC Wizz Air finally launched direct services between Katowice in Poland and Malmo in Sweden on 7 July. Back in the summer of 2004, when Wizz Air first announced a range of routes from Katowice, some destinations were announced but never operated. These included Berlin Schönefeld, Munich, Venice Treviso and Malmo.

The first three of these destinations have yet to be served from anywhere on Wizz’s network. However, Malmo routes have been operated from Budapest and Warsaw since summer 2004 and Poznan will be connected in January 2008. A direct link from Gdansk was started in 2004 and then abandoned, but is being re-started this week.

The day before flights between Katowice and Malmo were due to start, one-way fares (including all taxes) on the launch flights were still available for around €80 suggesting they were not yet sold out. In the first half of 2007, domestic traffic at Malmo Sturup (MMX) was up 3% to 336,504, but international traffic was down 4% to 582,686.

Malmo is Sweden’s third busiest airport, generating 1.9 million passengers in 2006. Stockholm Arlanda with 17.5 million and Gothenburg Landvetter with 4.3 million are the top two airports in Sweden according to statistics published by LFV.

Jetstream Express – gone in the blink of a Blackpool eye 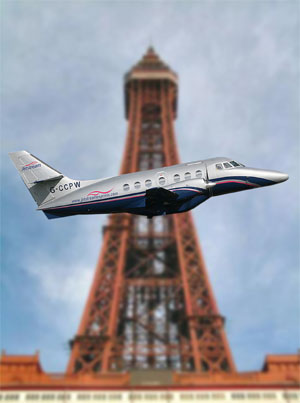 Just over two months ago a new airline began scheduled operations from Blackpool airport. Jetstream Express operated a Jetstream 31 (hence the name!) to Belfast City twice a day on weekdays. On 4 June they added an Aberdeen service and were due to add Southampton on 2 July. Then on 4 July the airline ceased trading.

Last month jet2.com pulled the plug on two other Blackpool routes to Prague and Amsterdam, though it maintains a network of six routes from the seaside airport to mostly sunny European leisure destinations, plus a double-daily service to Belfast International.

You would think that a city pair that generates 1.2 million annual passengers but already has six airlines operating on it might not be the obvious route to need more competition. But easyJet it seems would disagree. This week the airline starts flying daily from Milan Malpensa (MXP) to Catania (CTA) in Sicily. Operating a domestic route outside of the UK is still something of a rarity for easyJet. It offers only a couple of French domestic routes from Paris and four from Madrid. From Malpensa, it already operates to Naples and Palermo.

With Milan served by three airports at Malpensa, Linate (LIN) and Bergamo (BGY), there are a variety of options for Italian passengers. With easyJet’s services, there are now 123 weekly departures between the two cities.

All airlines are operating jet aircraft with between 128 and 180 seats. Catania is Italy’s fifth busiest airport with 5.4 million passengers in 2006 (+4%), lagging behind only Rome Fiumicino, Venice and both Milan Linate and Malpensa. Clearly easyJet is not superstitious as it appears to be the only airline anywhere in the world to launch a new route on Friday 13th!

Surprisingly, the latest downloadable timetable for Catania airport available on the website makes no mention of the new easyJet route, nor does easyJet appear in the list of airlines operating from the airport. This will be easyJet’s first route to Catania. It already flies to Sicily’s other airport at Palermo from both Milan Malpensa (double-daily) and London Gatwick.