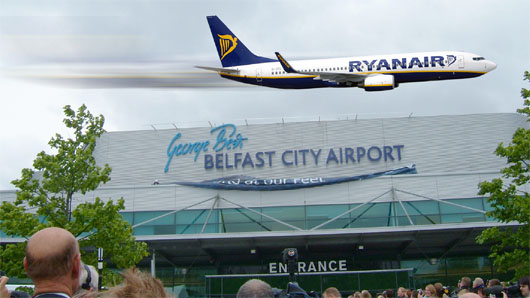 Another week, another batch of new routes from Ryanair. This week’s announcement contained details of Ryanair’s first ever routes to Belfast in Northern Ireland. Starting on 30 October, daily services will begin to Belfast City airport (BHD) from three of Ryanair’s UK bases at East Midlands, Glasgow Prestwick and Liverpool. None of these routes are currently served from Belfast City though Flybe did operate to Liverpool from February 2005 until March 2007.

Belfast City’s runway length is just 1,800 metres and nearly all traffic at the airport is domestic, with Flybe handling around 60% of all traffic.

Flights between two of easyJet’s continental hubs at Dortmund and Milan Malpensa ceased at the end of May. Since starting in October 2005 the route, operated daily, had struggled to be viable with poor load factors, especially in winter. Analysis by anna.aero of statistical data from Destatis shows that easyJet carried 74,000 passengers on the route in 2006 at a load factor of 69% – around 10 percentage points lower than other routes from Dortmund.

The route has been replaced by new services from Dortmund to Edinburgh (four weekly flights) and Thessaloniki (three weekly flights). Air Berlin, which started a Dortmund to Milan Bergamo service in October 2002, also pulled off the route after 18 months. Dortmund’s only remaining service to Italy is to Rome Ciampino, which easyJet operates five times per week.

Unlike Ryanair, which is quite open about which routes it drops, easyJet tends to be rather more discreet about such news. 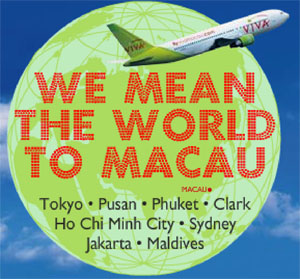 This week has seen the launch of two new routes from Macau International Airport in the Pearl River Delta. Newcomer Viva Macau has started flying to Pusan in Korea operating three times weekly with its B767.

Meanwhile Air Macau has begun operating two flights per week on Thursdays and Sundays to Osaka’s Kansai airport using an A321.

Passenger traffic at Macau grew 17% in 2006 to just under five million passengers. In the first four months of 2007 traffic has grown at just over 16% compared to last year.