Macau’s international airport was opened in late 1995 when the area was still a Portuguese colony in much the same way that Hong Kong was a UK colony. It was handed over to China in 1999 and is now a Special Administrative Region of China like Hong Kong. 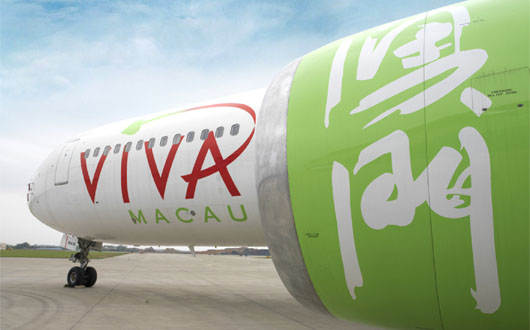 Viva Macau yesterday (30 August) announced the launch of direct flights between Sydney and Macau. A ‘Welcome to Viva Macau’ service launch commemoration was held at Sydney International Airport, at which Viva Macau CEO Con Korfiatis said there has never been a better time for Australians to discover Macau particularly following the opening of the world’s largest integrated resort there this week – the Venetian Macao.

A special promotion offers a return ticket and three nights in a 72sqm suite at the Venetian Macao. Packages start from AUD$1,098 (US$898) for economy class.

In 1996, its first full year of operation, the airport, much of it built on reclaimed land, handled 1.3 million passengers and by 2002 traffic had passed the four million mark with growth averaging 20% per annum. The SARS epidemic in 2003 had a dramatic impact on traffic.

In May 2003 traffic was down 87% on the previous year, though by the end of 2003 traffic had recovered and the full-year figure was down ‘only’ 30% at just under three million. Since then traffic has grown once more at 20% per annum and in 2006 traffic was just short of the five million mark.

Air Macau has 50% of traffic

Local airline Air Macau has around 50% of scheduled flights and capacity. The airline operates a fleet of 13 aircraft of the Airbus A320 family and in 2006 carried 2.4 million passengers at a load factor of 75%. In the first seven months of 2007 the airline’s traffic is up a modest 1.2% compared with the same period last year.

TransAsia Airways is primarily a Taiwanese domestic carrier, which operates a mix of ATR turboprops and Airbus A320/A321s. Low-cost airlines are represented in the top 10 by AirAsia’s Malaysia and Thai subsidiaries, as well as by Tiger Airways from Singapore.

Macau plays an important role in linking mainland China with Taiwan. Direct scheduled services between the two countries are currently forbidden, so passengers have to travel via an intermediate point such as Hong Kong or Macau. This explains the dominant role of Taiwanese and Chinese destinations in the top 10.

Approximately one in every three passengers is travelling to or from Taipei. Apart from Chinese and Taiwanese destinations, the top 10 includes the major hubs of Bangkok, Kuala Lumpur and Singapore. Hong Kong, which is just 60km away, is easily accessible by high-speed ferry from Macau.

Macau has much to offer visitors, especially if they enjoy gambling. The old town is a UNESCO World Heritage site and there are several theme parks. The Macau Tower at 338m is the tallest building and offers spectacular views from its 235m high observation platform.

The Monaco of Asia

Apart from gambling, Macau shares another link with Monte Carlo. The streets of Macau also host motor sport events around a challenging 3.8 mile street circuit. Since 1983, it has been the venue for a prestigious Formula 3 race which has been won by future Formula 1 race winners such as Ayrton Senna (1983), Michael Schumacher (1990), David Coulthard (1991) and Ralf Schumacher (1995). In 2004, the race hosted rising current F1 stars Lewis Hamilton, Nico Rosberg and Robert Kubica. But they were all beaten in Macau by Frenchman Alexandre Premat.

The circuit also hosts the final round of the World Touring Car Championship, where BMW has won all but one race since 1999.