Since launching operations in March 2006 from Toluca airport near Mexico, Volaris has grown rapidly and in just 15 months has become Mexico’s largest low-cost carrier with nearly 9% of domestic traffic in June 2007 ranking it fourth behind AeroMexico (20.1%), Mexicana (17.8%) and Aviacsa (11.2%).

However, this rapid growth, especially in recent months, has taken its toll on the airline’s load factor as the graph below shows.

Seven aircraft based in Toluca

The airline’s current schedule sees seven of the 12 aircraft based in Toluca with one aircraft based overnight at each of Tijuana, Leon, Monterrey, Guadalajara and Morelia. The summer schedule for each aircraft can be viewed in detail in the downloadable spreadsheet. 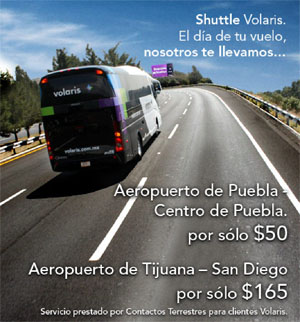 The airline operates to a total of 15 Mexican destinations but also provides shuttle bus connections to San Diego from Tijuana. A total of 70 daily departures are currently operated with the busiest airports for the airline being at Toluca (20 daily departures to 11 destinations), Tijuana (13 daily departures), Guadalajara (eight), Hermosillo (five) and Cancun (five). The single busiest route is from Toluca to Cancun which is operated four times daily on peak days.

The airline is owned by a group of private investors including Roberto Kriete (chairman of TACA group), the Mexican bank Inbursa, Latin American broadcaster Grupo Televisa and an investment fund company. After an initial order in January 2006 for 16 A319s the airline recently added a further order for 14 more with options for an additional eight.