From Bland to orange: GB Airways acquisition will make easyJet #1 at Gatwick

According to British Airways (BA) boss Willie Walsh airline franchises have outlived their usefulness. So GB Airways, despite having a franchise agreement in place until 2010, found itself under pressure. Last week’s announcement that the airline’s owners the Bland Group had decided to sell the airline to easyJet for just over £100 million ($200m) came as something of a surprise. 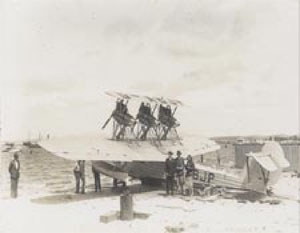 GB Airways, which can trace its history back to 1931 when it began services as Gibraltar Airways, has its main operational base at London Gatwick, though it also operates a number of services from London Heathrow and Manchester. The sale of four pairs of valuable Heathrow slots, which is not covered by the agreement with easyJet, could easily generate more revenue than the sale of the airline.

easyJet will grow around 10%

In 2006 GB Airways transported about one-tenth the number of passengers that easyJet did, at very similar load factor. Using slightly larger Airbus A320s and A321s the biggest difference is the average sector length with passengers on GB Airways travelling nearly twice as far on each journey. This reflects the airline’s network which focuses on destinations around the Mediterranean and North Africa.

Despite offering a number of seasonal winter routes to appeal to the burgeoning ski market (Salzburg, Innsbruck), GB Airway’s network is heavily dependent on summer leisure traffic and second home owners. This can be seen by the monthly passenger numbers which show that in the peak summer months the airline carries twice as many passengers as in the November to February period.

Load factors peaked in 2006 in August and September at 87% and fell as low as 68% in January 2006. In 2007 the airline has managed to exceed 70% load factors in every month. GB Airways will continue to operate this winter’s schedule on behalf of British Airways before converting to easyJet colours at the start of the summer 2008 season.

GB’s A320s are configured with 156 seats which is the same number as easyJet squeezes into its smaller A319s, while on its A321s it can carry up to 189 passengers (the same number that Ryanair carries on its 737-800s). Presumably easyJet will want to add a few extra rows of seats on each aircraft in due course.

GB and easyJet compete at Gatwick

Based on CAA reported movement data for July 2007 (a peak month), GB Airways’ key routes from Gatwick are to/from Malaga (248 flights per month), Faro (186), Gibraltar (142), Alicante (132), Palma (124) and Paphos (104). These six routes account for over 40% of GB’s movements in July. easyJet already competes directly on four of these routes as well as on Ibiza and Menorca during the summer season.

British Airways has indicated that it plans to start its own Gatwick services next summer to Malaga, Faro, Gibraltar, Palma, Ibiza and Tunis. At that time easyJet will have increased its share of Gatwick slots to around 24% and expects to carry eight million passengers per annum through the airport which will probably help it overhaul BA as the largest Gatwick airline.

Although easyJet operated a Geneva-Gatwick service as far back as 1999 it was only in April 2001 that it started its second route to Nice. Since then the airline has gathered up any and every slot it could lay its hands on at the airport to make Gatwick the busiest base on its pan-European network.

If easyJet operates all of the existing GB Airways routes it will find itself operating to several new countries including Cyprus, Egypt, Gibraltar, Malta and Tunisia. What it will do with the existing Heathrow and Manchester operations is unclear, though some Manchester services could easily be operated from easyJet’s Liverpool base.

In the year to March 2007 GB Airways reported a profit before tax of just £2.6 million ($5.2 million) on revenues of £250 million ($500m). In that period it carried 2.72 million passengers indicating that average revenue per passenger was around £92, almost double easyJet’s figure during the same period (£49.50). This is understandable given the airline’s higher average sector length. Comparing key financial data for a range of UK airlines for the financial year 2005/06 reveals the marginal nature of the airline business for many carriers.

Fascinating Fact:
Did you know that despite being called the Bland Group the company has been run by the Gaggero family since 1891 when the Bland family, who started the company in 1810, ran out of male heirs.