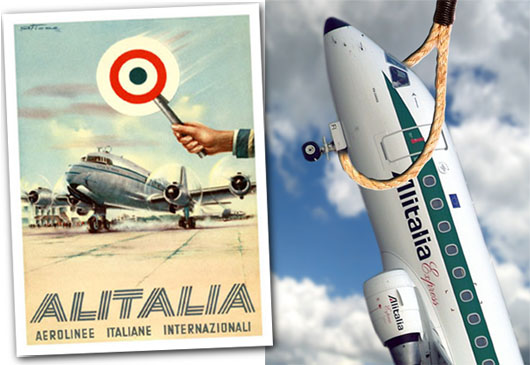 As Alitalia’s future continues to hang in the balance, anna.aero this week looks in more detail at the competitive environment that the airline faces at its three major bases in Italy and which airports would suffer most in the still possible scenario that the airline collapses without a buyer. Examining the winter schedules at Rome Fiumicino, Milan Malpensa and Milan Linate reveals that Milan Malpensa would suffer the most if Alitalia were to fail completely. The airport would lose a quarter of its 159 destinations, whereas Milan Linate would lose just two of its 30 routes.

At Rome Fiumicino (FCO), Alitalia operates to a total of 55 destinations out of 150 available from the airport and only seven of these are unique to Alitalia. In other words, the demise of Alitalia would still leave FCO serving 143 destinations, though another 33 routes would then become monopoly routes rather than duopolies involving Alitalia.

Nearly 40% of the ASKs flown by Alitalia from FCO are on routes where the airline faces at least two direct competitors. On less than 5% of its ASKs at the airport is Alitalia the only carrier.

Milan Malpensa: monopoly on many long-haul and
domestic routes

At Milan Malpensa (MXP) the picture is quite different with Alitalia having no more than one competitor on over 90% of the ASKs flown and a monopoly on nearly half the ASKs flown.

However, on flights to Barcelona and Madrid it faces four competitors with easyJet, Iberia and Vueling providing serious opposition on both routes. Passengers wanting to get to and from Athens can choose between Alitalia, Aegean, Olympic and easyJet. Many of Alitalia’s monopoly routes at the airport are to long-haul destinations such as Buenos Aires, Osaka, Shanghai, Toronto and various Indian and American destinations. There are also several domestic monopoly routes such as Lamezia Terme, Venice, Florence, Trieste, Pisa and Genoa.

At award-winning Milan Linate airport only 30 destinations across Europe are served during the current winter season, of which Alitalia operates to only 15. Of these, eight are domestic routes with the remainder to European ‘capital’ cities as decreed by the current politics involving the Milan airport system.

Alitalia operates around 40% of all scheduled capacity at Milan Linate (LIN) with determined suitor Air One responsible for nearly 25%. On the Catania route Alitalia faces direct competition from Air One, Eurofly, Volareweb and Windjet while on Naples and Palermo customers have the choice of Alitalia and three other Italian carriers. Only on flights to Brussels and Reggio Calabria does Alitalia have a monopoly.

Why should anyone rescue Alitalia?

With so much competition at Italy’s three major airports (and elsewhere) it could be argued that the demise of Alitalia would represent no more than a blip in the development of Italian aviation, with the vacuum filled rapidly by more profitable and better-run airlines. However, given that both Swiss Air and Sabena were both magically resurrected after their financial deaths following ‘9/11’, it seems unlikely that Italy will be the first major European state to allow its national airline to die a natural death.