The airports of ANA (Portuguese Airports) achieved a healthy 9.4% growth in 2007 to reach 24.13 million passengers (26.70 if we include the airports in Madeira). The main airports at Lisbon, Porto and Faro accounted for the vast majority of these passengers. With an estimated population of around 10.6 million people, the lowest GDP per capita of any of the western EU states, and a peripheral location facing out towards the Atlantic, air travel is still going through a development phase.

Between 2000 and 2003 traffic remained virtually unchanged at Portugal’s three mainland airports, but since then traffic has grown by an above average 8.1% per annum.

Faro in favour during summer 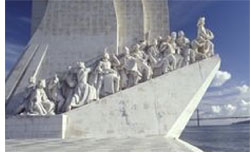 The differing seasonality profiles of the three main airports reflect the different characteristics of the cities they serve. Lisbon and Porto have similar profiles but Faro has a much more extreme summer peak due to it serving as the gateway to the Algarve which is primarily an inbound leisure destination, particularly popular with golfers.

Portugal’s domestic market consists of one major mainland route (Lisbon to Porto) with all other domestic routes involving the Azores and Madeira, islands which belong to Portugal. TAP Portugal and SATA (the airline of the Azores) operate all routes between them.

PGA Portugalia was an independent regional airline finally acquired by TAP in 2007 and all of its services now operate under TAP airline codes.

Most of the growth in the Portuguese market has come from an increase in international services, helped by the entry into the market of easyJet and Ryanair. easyJet has been serving Faro since April 2003, though Go started LCC services from London Stansted to Faro as long ago as March 1999. However, Lisbon was not served by easyJet until as recently as October 2005.

Ryanair only started Porto services from London Stansted in January 2005 but has rapidly built up a network of 12 routes from the airport and this winter is offering almost as much international capacity at the airport as TAP Portugal. The Top 10 airlines on international routes to/from Portugal are shown below.

As in France, easyJet and Ryanair have firmly established themselves as the second and third largest carriers on international routes. Of easyJet’s 22 routes this winter, 10 are to Lisbon, eight to Faro and two each to Porto and Funchal (Madeira). In comparison Ryanair is studiously ignoring Lisbon at present but has four routes to Faro in addition to the 12 to Porto. This will increase to 15 during the summer with the return of Dublin and the start of new routes to Birmingham and Brussels Charleroi.

According to ANA’s own estimates LCCs have increased their presence at ANA airports from around one million passengers in 2001 to just under five million in 2006. In both 2005 and 2006 this segment of the market grew by 50%.

Analysis of schedule data for this winter shows that neighbours Spain and the UK account for nearly 40% of all flights and seats.

Among the usual suspects in the leading country markets are some less likely candidates. Brazil is in 6th place with TAP serving seven Brazilian cities direct from Lisbon. This includes the only direct link from Europe with the Brazilian capital Brasilia (designed in the 1950s by the now 100-year-old Oscar Niemeyer) which was started last July. Angola also makes it into the top 10 country markets thanks to TAP and TAAG Angola Airlines both offering daily flights to the capital of Luanda.

During 2007 a range of new routes took to the skies. easyJet connected Lisbon with its bases at Bristol, Liverpool, London Gatwick and Madrid, while SkyEurope became the only airline to serve Vienna from Lisbon. From Porto, Ryanair commenced flights to Bristol, Milan Bergamo, Pisa, Stockholm Skavsta and Valencia. In addition easyJet started Porto flights from Basel and Volareweb began services from Milan Malpensa to Oporto.

This year there will be new easyJet services in April from its planned Lyon base to Lisbon and Porto, as well as new links from Paris CDG to Porto and Glasgow to Faro. Ryanair adds a new London Stansted to Faro route from 1 April as well as the two new Porto links mentioned above. Finally, Irish carriers Aer Lingus and Aer Arann will add Faro links from Belfast International (versus easyJet) and Waterford respectively.

TAP Portugal (formerly TAP Air Portugal until a rebranding exercise in 2005) became a member of the Star Alliance in 2005 and last year acquired Portugalia, a local regional airline. The financial fortunes of this state-owned airline can best be summarised by a graph in its most recent annual report.

Losses were significant in the first two years of the decade but have since flattened out to hover around the break-even mark.

Passenger numbers in 2007 have grown by 12.8% to 7.93 million but this includes the extra passengers from the former Portugalia operations after the 1 July official integration. Traffic was up 17.1% to Brazil, 14.9% to Europe and 13.7% to Africa. Only three new destinations were added during 2007. Brasilia was launched on 19 July and new double-daily services from Lisbon to Hamburg and Seville began on 15 September.

TAP’s all-Airbus fleet (supported by Portugalia’s fleet of Fokker 100s and ERJ145s) consists mostly of A320-family aircraft supported by three A330s and four A340s. The airline has placed an order for eight A350s with the first deliveries planned for 2013.

Despite being far from one of the busiest airports in Europe, Lisbon is already planning a new airport. In 2005 the government chose a site at Ota, to the north of the capital, but last year changed its mind and revealed that Alcochete, about 15 kilometres south of the city, and on the other side of the River Tagus, would be the new site. The airport is expected to cost around US$7.3 billion and is scheduled to open in 2017.

The existing airport is expected to reach its limit of 16 million passengers in 2015, though recent growth suggests that figure might be reached sooner rather than later. Last August a new dedicated domestic terminal (Terminal 2) was opened at the airport.