Passenger numbers at Mumbai’s Chhatrapati Shivaji International Airport (CSIA) have doubled in the last four years from just over 12 million in 2003 to over 24 million in 2007. This has occurred as a result of the tremendous boom in low-cost airlines, which have taken to the skies in recent years. Consequently plans for a second, additional airport to serve the Mumbai region have been approved with a planned opening as early as 2011.

Jet Airways and Delhi are leading airline and destination

Nine Indian airlines have at least a five percent share of domestic capacity at this time, though only Jet Airways has more than a 20% share.

Mumbai is India’s busiest international airport with well over seven million international passengers in 2007. However, Indian carriers have a surprisingly low share of international capacity with Air India, Jet and Indian Airlines having less than a one-third share reflecting the poor reputation of India’s state-owned airlines regarding service quality. Private airlines are presently not allowed to operate internationally until they have operated domestically for at least five years, a ruling that Kingfisher in particular is hoping to change.

The highest frequency offered by any airline on an international route is provided by Emirates, which operates four daily flights to its Dubai hub. Middle East rivals Qatar Airways and Etihad only offer a single daily flight to their hubs in Doha and Abu Dhabi. 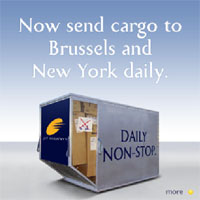