Airbus recently unveiled its latest Global Market Forecast (GMF) document in which it details its thoughts on air travel demand for the next 20 years. This year’s 140-page report focuses heavily on environmental issues. While there is much fascinating material in the document that may be of interest to network planners, anna.aero is particularly interested in what forecasting assumptions have changed since the previous GMF was produced last year. 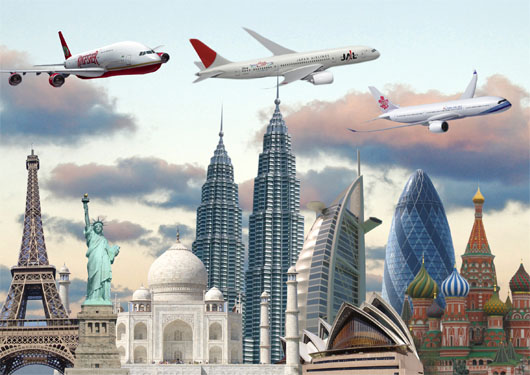 Airbus, in its latest Global Market Forecast, has raised its forecast of future air traffic growth from 4.8% per annum to 4.9% per annum. Regional growth forecasts vary considerably but expectations are high in markets involving China, India and Russia.

Long-term growth up slightly to 4.9%

Airbus forecast revenue passenger-kilometres (RPKs) which take into account load factor trends and average sector length. Its latest forecast is that global RPK growth over the period 2007-2026 will average 4.9%, which is up slightly on last year’s forecast of 4.8%. Looking at the top 10 traffic flows as predicted in 2026 it is interesting to see how Airbus has revised its 20-year average growth forecast during the last year for each of these market segments.

In six of the top 10 markets Airbus has revised its growth forecasts downwards, while in the remaining four (including two involving China) it has revised them upwards. Possibly influenced by the revised US-EU air travel agreement, Airbus is now more positive about long-term growth in the transatlantic market.

Airbus is positive about long-term growth in the transatlantic market in light of the revised US-EU air travel agreement. It forecasts average RPK growth of 4.5% in the US-Western Europe market – up on the 4.3% forecast last year. American Airlines launched New York JFK-London Stansted services last October; a second daily frequency will be added in April 2008.

Looking in more detail at each of the over 150 geographic market segments Airbus has forecast for reveals where the biggest changes have occurred since last year. The markets that have seen the biggest percentage point gain in forecast growth over the next 20 years are listed below. 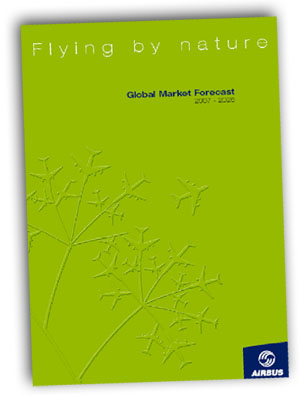 China, India or Russia appear in seven of these 10 markets, indicating where the greatest change in expectation has come from. The forecast growth for the Japan – South America market has been revised from almost zero to two percent per annum, while the forecast for growth in the Japan – Russia market has more than doubled from 1.9% per annum to 4.5% per annum.

Forecasts can go down as well as up…

While Airbus has become more upbeat about many of the geographic markets analysed, not surprisingly, it has also revised downwards its expectations in other markets. The following markets have seen the greatest downward change in their average 20-year forecast growth rates.

Most of these markets had above average growth expectations last year. The most dramatic change is in the Intra-Caribbean market, where the long-term growth rate assumption has been almost halved from just under 4% to just over 2%. The significant reduction in the Domestic Central Europe market confirms the experience of several LCCs, which have struggled to develop routes within Central Europe. It seems that once fares are low enough to entice new air travellers in Central Europe they would rather fly to destinations in Western Europe.