Etihad racing to catch up with Emirates and Qatar Airways 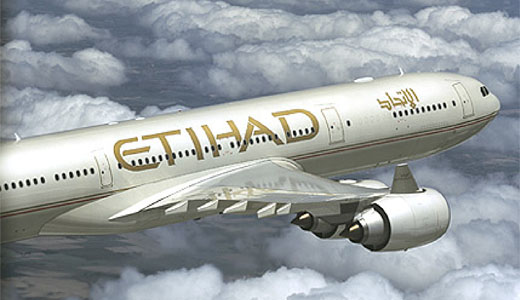 Etihad carried nearly 70% more passengers in 2007 and added nine new destinations. It is the only one of the big three Middle East hub carriers to serve Brussels and Dublin.

Etihad, the national airline of the United Arab Emirates based in Abu Dhabi, may only have started flying in November 2003 but last year it carried 4.6 million passengers and reported average load factors of 69% across its network of 45 destinations. This represents passenger growth of almost 70% as the fleet grew by just over 50% from 24 to 37 aircraft. With this rapid growth it is no surprise that the airline is yet to report a profit, but it hopes to reach this milestone in 2010.

After launching 16 new destinations in 2006, the airline added just nine new airports to its route map in 2007, including Sydney, Kuala Lumpur, Thiruvananthapuram, Dublin, Milan Malpensa, Singapore, Brisbane and Kathmandu. However, services to Colombo were axed in early September after on-going unrest in the country meant that the route was insufficiently profitable.

Abu Dhabi’s new Terminal 3 (above), which opens in mid-2008, will enable Etihad’s growth until the Midfield Terminal (below), the centre piece of the airport’s redevelopment programme, opens by the end of 2010. 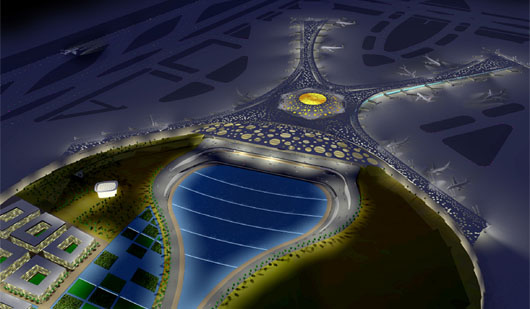 Average load factors in business class increased sharply from 42% in 2006 to an average of 61% with Toronto (81%), London Heathrow (76%), Sydney (76%) and Geneva (70%) performing particularly well. Economy loads averaged just over 70% with Dublin, Jakarta, Kathmandu, Lahore, Manila and Toronto all excelling, with loads in excess of 80%. In first class, average seat factors increased by an impressive 75%.

The only new destination confirmed so far for 2008 is a four-times weekly service to Beijing, which begins at the end of March well in time for the Olympics. Other Chinese destinations are likely to be added by 2010. Etihad recently stated that it expects to carry around 30% more passengers this year and feels comfortable that any economic slowdown in the US and/or Europe will be more than compensated for by investment growth in Abu Dhabi, especially from India and south-east Asia. The leading destinations from Abu Dhabi at present are:

Etihad currently offers 352 weekly departures from Abu Dhabi to 43 non-stop destinations, as well as operating to Brisbane via Singapore. Destinations that it serves, which neither Emirates nor Qatar Airways serve from their bases in the Middle East, are restricted to just Brussels and Dublin at present.Another 19 aircraft are due for delivery by 2011 (including four A380s), which indicates more modest growth in the short-term. The fleet currently consists of a mix of A320s, A330s, A340s and Boeing 777s. 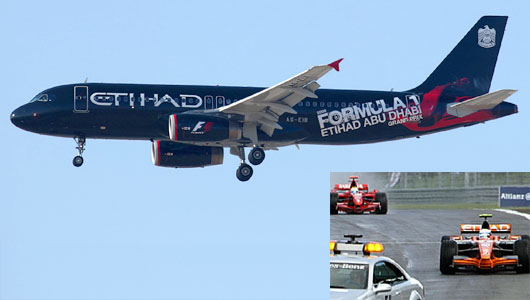 Etihad recently painted one of its A320s to promote the airline’s sponsorship of the inaugural Abu Dhabi Grand Prix in 2009. Last year it was the title sponsor for the Spyker F1 team.

Etihad will be the official title sponsor of the inaugural Abu Dhabi Formula 1 Grand Prix in 2009 on a 5.4km circuit currently being built on Yas Island. Last year the airline was a major sponsor of the Spyker Formula 1 team, which was usually to be seen at the back of the field, though one of its cars did briefly lead the wet European Grand Prix at the Nurburgring in Germany last July. The team is now owned by rival airline boss Dr Vijay Mallya who will race the cars under the Force India Formula One team banner with prominent advertising for his Kingfisher brand.