Air fares in Texas are surprisingly expensive despite Southwest’s presence

This week’s anna.aero farewatch looks at average fares at the top 13 airports in Texas as recorded by the US Department of Transport’s Office of Aviation Analysis. Their quarterly reports examine fares on 1,000 routes and at over 100 of the leading US airports.

Results for the first three quarters of 2007 show that average fares at the two largest airports (at Dallas/Fort Worth and Houston Bush), are around 15% more expensive than the national average, when adjusted for stage length.

LCCs have virtually no presence at DFW and IAH with Southwest having a major presence at Dallas Love Field and Houston Hobby where fares are around 15% and 7% below average respectively. At Austin-Bergstom International Airport (AUS) Southwest is the leading airline but has less than 40% of capacity. The presence of American and Continental helps push average fares up to above the national average. 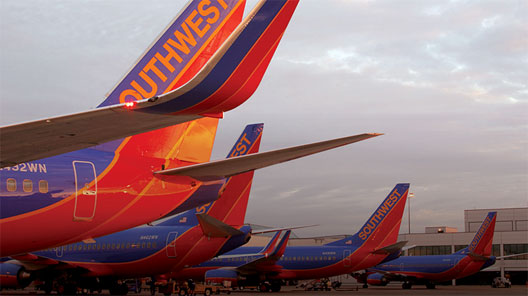