LOT gets tough on Centralwings

The track record of low-cost airlines created by legacy carriers is mixed, to say the least. The likes of buzz (KLM), snowflake (SAS), Continental Lite (Continental), Tango (Air Canada) and song (Delta) all disappeared without generating any long-term profits. Others such as Germanwings, Click Air and Nok Air (in which Lufthansa, Iberia and Thai Airways respectively have interests) have yet to convince. A rare exception was Go, the LCC created by British Airways at London Stansted in 1998, which was successful enough for BA to sell the airline to venture capitalists for a considerable profit on its original investment (before seeing it being sold on at an even greater profit to easyJet!). 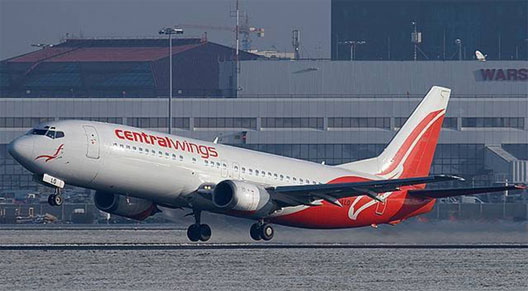 LOT’s low-cost subsidiary Centralwings started scheduled operations in February 2005, almost a year after the Polish air market was liberalised on joining the EU and having already seen an independent Polish LCC, Air Polonia, cease operations in December 2004. The plan was to operate both scheduled and charter services under the Centralwings brand using a fleet of 737-300s and -400s. It has recently been operating as many as nine 737s with plans to add three more in 2008.

LOT does not report traffic figures separately for Centralwings but its annual financial report has pointedly made it clear that the airline is yet to turn a profit. In the last few days it has become apparent that many of the airline’s originally planned summer routes have been axed. According to the airline’s website, of some 40-plus routes originally planned for this summer it seems that only 15 are still definitely expected to operate.

The airline states a need “to adapt the timetable to the market reality and requirements. The Company decided to concentrate on the most profitable connections in the summer season.” It seems that a need to get LOT in financial shape for a possible privatisation later in the year is a major driver of this sudden, drastic action.

Focus on UK and Ireland 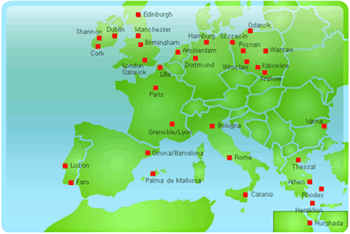 In recent seasons over 50% of the airline’s scheduled capacity has been assigned to routes serving the UK and Ireland with the figure as high as 70% this past winter. With Ryanair, Wizz Air and easyJet as major competitors without the “hidden” costs of legacy carrier ownership it comes as no surprise to find Centralwings struggling. In what is fundamentally a price-driven VFR market serving the Polish immigrant populations in the UK and Ireland it seems that loyalty to your national carrier’s offspring counts for little. As anna.aero showed in its recent UK – Poland travel analysis Centralwings has a modest 10% of the market at present with Wizz Air (31%), Ryanair (29%) and easyJet (16%) accounting for three-quarters of the market.

Summer-only flights aimed at Polish residents who want to get away to the sun are still being advertised. Heraklion, Rhodes, Thessaloniki, Varna, Faro, Lisbon and Catania are all scheduled to be served from Warsaw, while Rhodes and Palma are being offered from Poznan.

However, it seems likely that there will be further developments during the year as LOT becomes increasingly ruthless in its desire to generate sufficient overall profits.