With ever-rising fuel prices, global credit-crunch concerns and possible recessions looming in various parts of the world this may seem like a bad time for airlines to be starting new routes. However, anna.aero has tracked down over 200 new routes that started during the first week of the summer season. Here are some of the highlights:

The new ‘open-skies’ agreement was the catalyst for much transatlantic activity at London’s Heathrow airport. Continental, Delta, Northwest and US Airways all finally got the chance to enter ‘fortress Heathrow’, while American, British Airways, United and even Air France all launched new transatlantic services from the world’s busiest international airport.

Lufthansa and its partner airlines had a busy week launching routes from several German airports. Highest frequency new routes were from Frankfurt to Billund and to Bristol, both of which started with three flights per weekday. A new link between Munich and Klagenfurt (a mere 270 kilometres apart) was also started with thrice daily flights. 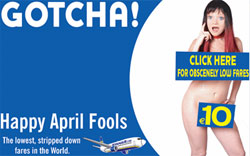 Compared to the start of the winter season when Ryanair started nearly 70 new routes this summer the Irish low-cost leader has restricted itself to a more modest 27. These 27 routes generate just 83 weekly departures indicating an average frequency of just three flights per week.

UK and Irish airports are involved in nearly all of these new airport-pairs the only exceptions being Charleroi to Perpignan, Weeze to Bydgoszcz, Milan Bergamo to Arad and Pisa to Bari. Angouleme, Arad and Beziers become new additions to the ever-growing Ryanair network.

Apart from inheriting expansion at Gatwick and starting Manchester flights thanks to its GB Airways acquisition, easyJet also made Lyon a base this week. The airline has served the airport for many years but from this week it has aircraft based at the French regional airport. New routes to Bordeaux, Lisbon and Venice were started this week with more to follow soon.

UK regional airline Flybe launched a raft of new domestic routes as well as a couple of new routes to Paris. Its two new domestic routes from Cardiff to Edinburgh and Glasgow will be taking on bmibaby with higher frequencies but smaller aircraft. Aberdeen, Inverness and Newquay also get major increases in service from Flybe. 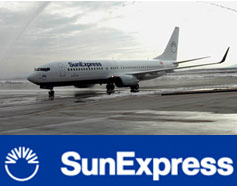 Another airline opening a new base was Sun Express which has started operating from Istanbul’s ‘low-cost’ Sabiha Gökçen airport. A combination of domestic and German routes will be served by the airline, which is a joint venture between Lufthansa and Turkish Airlines.

Middle East: one new route each for the big three