Berlin is the biggest city for LCC traffic in Germany 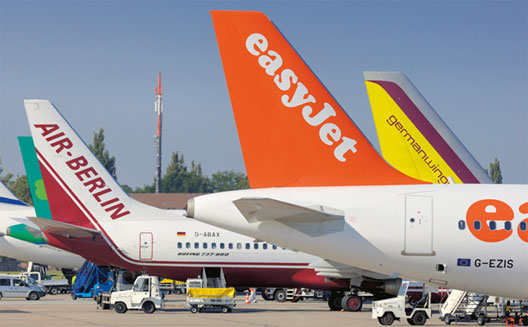 The latest Low Cost Monitor report produced jointly by ADV and DLR in Germany reveals that the number of passengers flying on LCCs in the German market last year increased by almost 21% to just over 51 million passengers. LCCs now represent over 25% of all traffic at Germany’s biggest airports.

The top five LCCs in terms of weekly seat capacity are Air Berlin, Germanwings, Ryanair, TUIfly and easyJet. While the debate continues as to whether or not Air Berlin can still legitimately claim to be an LCC, the report also treats AirBaltic, Blue1, Flybe and Intersky as LCCs. Two of Europe’s more established LCCs, bmibaby and SkyEurope, did not serve the German market in 2007 though both have done so in the past.

The most popular country markets for LCC services to and from Germany in 2007 were Spain and the UK with Italy dropping to third place.