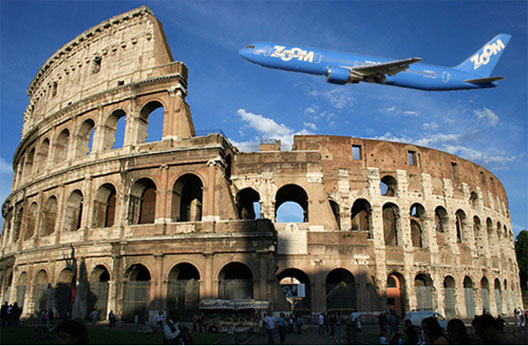 Zoom Airlines was started in Canada in 2002 to operate a mix of scheduled and charter services primarily to the UK. Its fleet has now grown to five aircraft (a mix of 767s and 757s) and it has set up a UK subsidiary with two 767-300s to operate flights between London Gatwick and North America, including Bermuda, New York JFK and various Canadian cities. According to UK CAA statistics Zoom Airlines Ltd carried 42,000 passengers last year at an average load factor of 73.7%. By the end of June it will have started new services to Fort Lauderdale and San Diego, both of which it will serve twice weekly.

Liberal use of one-stop flights to serve thin markets

A closer look at the airline’s schedules reveals that several of the airline’s city pair markets are served on a one-stop basis. For example, flights between Cardiff and Canada go via Belfast and Glasgow to Ottawa services stop en-route in Halifax. One of the two weekly Gatwick to JFK services goes via Bermuda while Paris to Vancouver services stop briefly in Calgary. As a result around one-third of the airline’s weekly scheduled flights are operated domestically either in the UK or Canada.

The route matrix for this summer is shown below, highlighting that around half of all scheduled routes operate seasonally.

Last year traffic between the UK and Canada grew by 6.4% whereas the UK to US market grew by just 2.7%.