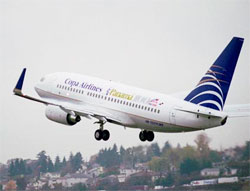 If asked to list the world’s most consistently profitable airlines not many people would probably name Copa Airlines, but the national airline of Panama with a fleet of 40 aircraft is about the only airline giving Ryanair a run for its money these days when it comes to generating impressive profit margins. For each of the last five years Copa’s operating margin has been between 17% and 21% even as the airline virtually trebled in size from two million annual passengers to six million, partly thanks to the acquisition of Aero Republica in Colombia. During this period average annual load factors have been between 70% and 75%, but the break-even load factor has never climbed above 59%. 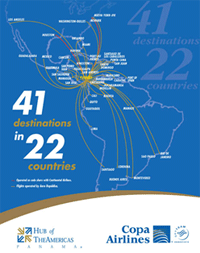 However, increased fuel costs in 2008 meant that in the first quarter of the year Copa’s break-even load factor climbed 10 percentage points to 64.3%. As a result the airline is now forecasting a drop in operating margin to between 15% and 17%.

What Copa has so successfully done is leverage its base at Panama’s Tocumen International airport (PTY) as a hub between north, south and central America, as well as the Caribbean. It operates over 80% of flights at the airport. With a modest home market of just over three million people (and no domestic flights) Copa has focused on connecting passengers between cities in the region that may not have direct flights. It serves a total of 41 destinations in 22 countries (including Cuba) with Belo Horizonte in Brazil soon to become number 42 when flights start in August. 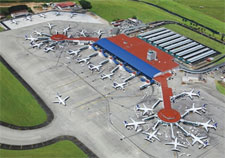 The airline schedules two morning banks of flights and two in the evening to maximise connecting opportunities. Routes to the US include Miami (21 weekly departures), Orlando (12), New York JFK (daily), Los Angeles (daily), and Washington Dulles (daily), making the US the second biggest country market after Colombia. Services to these two countries alone represent nearly one-third of all Copa’s seat capacity.

Copa is an associate member of the SkyTeam alliance giving passengers even more choice. Its previously close relations with Continental Airlines may change now that Continental has decided to join United within the Star Alliance.

Eleven different countries are represented in the airline’s top 12 routes, with only Colombia getting two airports high up in the rankings.