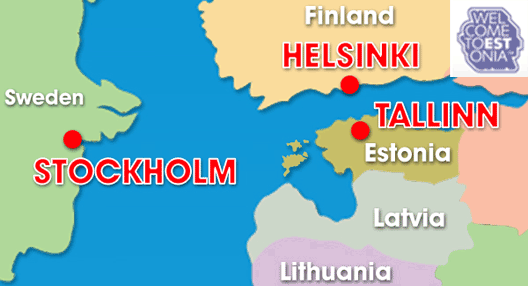 The growth in passengers in 2002 will have been influenced by the influx of tourists and media to attend the Eurovision Song Contest in which Estonia had triumphed the previous year, thus granting it host status for the following year.

Demand for travel to and from Tallinn is less seasonal than at many European airports and the summer peak lasts all the way from June until October. The peak to off-peak month ratio is around 1.5 though in 2006 and 2007 the busiest and least busy months were different.

National carrier Estonian Air (which is part-owned by SAS), and its subsidiary Estonian Air Regional, account for nearly 45% of scheduled seat capacity at Tallinn airport and offer services to 21 international destinations with a fleet of six 737s and two Saab 340s. Only Copenhagen, London, Oslo and Stockholm are served at least daily and these four routes account for 50% of the airline’s weekly scheduled seat capacity. From 1 September there will be additional flights to Stockholm.

The airline’s shortest route is to neighbouring Finland. The scheduled flight time between Tallinn and Helsinki is just 35 minutes, but given that the route is just 101 kilometres actual time in the air is likely to be about 20 minutes. The route is operated by one of the airline’s Saabs and competes against Finncomm which has 29 weekly departures on the route. During the last year Estonian Air has launched new routes to Minsk, Munich, Rome and Vilnius as well as the Helsinki service.

Last year the airline reported a loss of €3.3 million, a small improvement on the previous year’s loss of €3.8 million. Passenger numbers increased 8% to 745,600, while revenue increased 7%. However, the airline blamed the loss partly on ‘the negative trend of constantly decreasing numbers of tourists visiting Estonia’.

Air Baltic operates just two routes to Tallinn but operates nearly half as many flights at Tallinn as Estonian Air. This is explained by the fact that Riga is served six times daily and Vilnius thrice daily. easyJet is the third biggest carrier at the airport thanks to daily flights to London Stansted and Berlin Schönefeld. The only other LCC operating to Tallinn is Norwegian which serves both Oslo and Stockholm (operated by subsidiary FlyNordic or Norwegian.se as it is now known).

While Tallinn dominates the Estonian air transport market there are also scheduled services from three other airports. From Kuressaare (URE) there are scheduled flights to Stockholm Arlanda and Tallinn while Kardla (KDL) also has double-daily flights to Tallinn operated by Avies Air Company. The scheduled flight time is just 30 minutes. Finally, Skyways operates weekly flights from Stockholm to Parnu (EPU).