Royal Jordanian growing at 20% in 2008; new route to Kiev starts this month 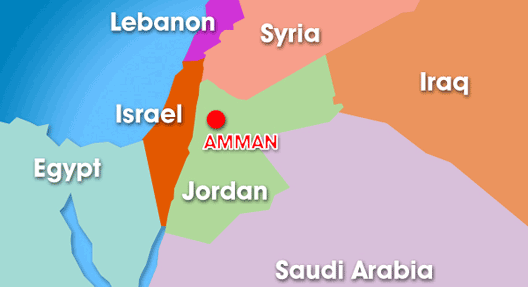 If oneworld member Royal Jordanian maintains its 20% growth for the rest of 2008 it will carry around 2.8 million passengers, which is double the number it carried just five years ago. During most of this time the airline has been profitable, serving some 50 destinations with its growing fleet of Airbus and Embraer regional jet aircraft.

RJ has 60% of Amman traffic

Queen Alia International Airport in Amman (AMM) handled around 3.85 million passengers in 2008 with Royal Jordanian customers accounting for around 60% of the total. Based on current schedules Royal Jordanian has a slightly higher frequency share than capacity share and no other carrier manages at least a 5% share of either seats or flights.

Bmi’s two routes reflect that the airline serves Addis Ababa in Ethiopia from London Heathrow via Amman. Air France and Lufthansa both operate daily from their home hubs while Delta flies four times weekly to New York JFK. In all 29 airlines currently operate scheduled services to and from Amman.

Royal Jordanian’s busiest routes are to Dubai, Cairo and Beirut, all of which it serves at least thrice daily. On Dubai there is competition from Emirates, Egyptair competes to Cairo, while to Beirut passengers have the further choice of Middle East Airlines, Yemenia or Tarom.

Of RJ’s 48 non-stop destinations from Amman there is only one domestic route, to Aqaba, which operates twice daily. Apart from Chicago and New York, Royal Jordanian also operates transatlantic services to Detroit and Montreal. Far eastern services are limited to Bangkok and Hong Kong, which was launched in January 2008 and is served via Bangkok. Other eastern destinations served include Delhi and Mumbai in India and Colombo in Sri Lanka.

A new route to Kiev Borispol (KBP) begins on 17 August. The three and a half hour flights will be operated twice weekly using an Embraer 195. The airline now has seven Embraer regional jets, five 195s and two 175s. Its remaining fleet consists of four A340s, three A310s and nine A320-family aircraft. Last May, RJ placed its first order for Boeing 787s. Since then it has added to the order and now intends to acquire 11 of the type. A further two A319s are also on order with Airbus.