Although it started life as an independent airline in 1991, Verona-based Air Dolomiti is today a 100%-owned subsidiary of Lufthansa. Its route network is based around feeding Lufthansa’s second hub in Munich from various points in Italy. In 2007 the airline carried 1.63 million passengers at an average load factor of around 65%. Passenger numbers have grown by over 50% since 2003 when Lufthansa took complete control of the company. Air Dolomiti’s fleet currently consists of 14 ATRs (eight ATR72s and six ATR42-500s) and five BAe 146-300s. The 146s are going to be phased out and replaced by Embraer 195s starting in 2009.

According to the airline’s route map on its website it operates from a total of 14 airports of which 11 are in Italy. The others are Frankfurt, Munich and Vienna. Of the 15 routes currently operated by Air Dolomiti 10 are to and from Munich. These account for the vast majority of the airline’s weekly capacity. 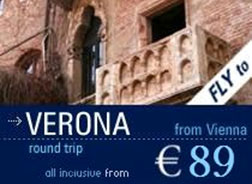 The airline also operates a daily flight between Turin and Frankfurt, complementing Lufthansa’s own services and three daily flights between Verona and Frankfurt. Air Dolomiti also links Verona with Vienna twice daily but this route is operated by the airline in its own right and not on behalf of Lufthansa. In fact the airline co-operates with Austrian Airlines on this service helping to feed the airline’s Vienna hub.

Weekly (Sunday) summer only services (July and August) are also operated between Alghero, on the island of Sardinia, and Trieste, Venice and Verona. During this summer the airline has also provided Lufthansa with capacity on a number of other (non-Italian) routes from Munich, including Basel and Prague at weekends and Klagenfurt.

Lufthansa has announced that in 2009 Air Dolomiti will receive additional Embraer 195s to create a “base” at Milan Malpensa, filling a gap left by the withdrawal of many Alitalia services earlier this year. Routes, frequencies and start dates have yet to be announced.