Aer Lingus facing increasing direct competition from Ryanair in Dublin; UK and US routes account for over 40% of capacity

Although Ireland’s flag-carrier Aer Lingus has not been able to drive costs down as low as local arch-rival Ryanair, its cost structure and operational philosophy is now closer to many other LCCs across Europe than it is to traditional flag-carriers such as British Airways or Lufthansa. As a result Aer Lingus quit the oneworld alliance in April 2007 having been a member since 2000.

At Dublin Airport (DUB) Aer Lingus is no longer the leading carrier. Ryanair operates more flights and more seats to more destinations than Aer Lingus and between them they operate 70% of flights and offer 80% of scheduled seat capacity. Last year Aer Lingus carried over nine million passengers for the first time and this year it is well on target to reach the 10 million mark. In July and August the airline carried one million passengers in a calendar month for the first time. 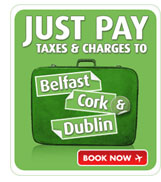 Traffic in the first eight months of 2008 is up 9.8 % driven by short-haul passenger growth which is up 10.3% with load factors down one point to 78%. Long-haul traffic is up 5.8% but load factors were down eight points to just 72%. Capacity as measures by ASKs has grown 20% so far this year as the airline’s average sector length has also increased. During this period Aer Lingus dropped its route to Dubai which it had started in March 2006. New routes started so far this year are Bourgas (in Bulgaria) and Ibiza.

Direct and indirect competition with Ryanair

Of Aer Lingus’ 63 routes from Dublin this summer seven are transatlantic routes to the US. Destinations served are Boston, Chicago O’Hare, Los Angeles, New York JFK, Orlando, San Francisco and Washington Dulles, though Los Angeles flights will terminate at the start of the winter season. The airline operates all of these routes with A330s.

Ryanair has been increasingly aggressive starting direct competition on several routes in recent years. The start of flights to Nice and Prague last winter marked the first time the airline had flown to either of these destinations.

This winter Aer Lingus will face further direct competition on routes to Newcastle (a route it had dropped over the summer period) and Salzburg. Routes it has dropped after direct competition with Ryanair in the past include: Bristol, Milan Bergamo, Poznan and Valencia.

The only European routes served at least daily on which Aer Lingus does not face competition of any sort from Ryanair are to: Amsterdam, Dűsseldorf, Geneva, Lisbon, Munich and Shannon. Aer Lingus’ Shannon flights are actually A330s which fly onto Boston and New York.This must be one of very few domestic routes in Europe of under 200 kilometres flown by 300-seat wide-body aircraft.

Around 15% of Aer Lingus’ Dublin capacity is allocated to just one route, London Heathrow. With 13 daily flights, this is one route that is unlikely to face direct competition from Ryanair. However, bmi British Midland does operate 47 weekly departures on the route. Aer Lingus’ second busiest route to Amsterdam (operated five times daily) faces no competition (not even from KLM).