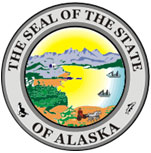 The largest state in the US, Alaska covers a greater surface area than the three biggest states in the ‘Lower 48′ combined (Texas, California and Montana). However, with a population of under 700,000 it has the lowest population density of any US state (one person for every two square kilometres), being more sparsely populated by a factor of four than Wyoming. With air travel often the only way to get between population centres more than 1% of Alaskans are qualified pilots. Alaska’s latest claim to fame is that its governor Sarah Palin has become John McCain’s Vice-Presidential running mate in the US elections. 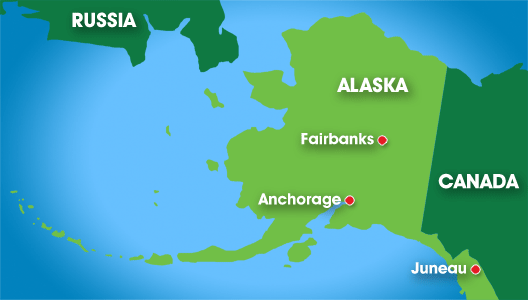 In terms of commercial air travel Ted Stevens Anchorage International Airport (ANC) is the main gateway to the region. Although Juneau is the state capital, Anchorage is by far the largest city. The airport is one of the world’s busiest for cargo flights with both FedEx and UPS operating major hubs at the airport.

Anchorage’s traffic has hovered around the five million mark for the last 10 years, apart from in 2002 when the airport suffered a 13% drop in traffic. Fairbanks and Juneau are the next busiest airports though neither managed more than one million passengers last year. Anchorage traffic peaks in June, July and August when passenger numbers are twice as high as between October and April.

Seattle route around 25% of all ANC traffic

From Anchorage the busiest route is to Seattle, which is over 2,300 kilometres away, a clear reminder of how isolated Alaska is from the rest of the US. Alaska Airlines operates 124 weekly departures on this route, which connect its two biggest hubs.

In terms of passengers only four of the top 12 routes in 2007 were in Alaska. Minneapolis / St.Paul is currently served by both Northwest and Sun Country, while Hong Kong and Toronto appear thanks to Cathay Pacific operating the route via Anchorage. Taipei is currently served by both China Airlines and EVA Airways. The China Airlines service continues on to New York JFK.

Despite its close proximity there is currently only a single scheduled service to Russia with Vladivostok Air operating weekly to Petropavlovsk-Kamchatsky. Air Canada operates daily to Vancouver while scheduled services to Europe are limited to summer-only thrice-weekly flights with Condor to Frankfurt.

Alaska Airlines operates scheduled services to 17 destinations from Anchorage with Seattle and Fairbanks accounting for half its flights. The airline is responsible for some 54% of current seat capacity and 37% of flights. Era Aviation is the second busiest carrier at the airport with a 24% share of flights but only 9% of capacity. It operates seven routes within Alaska in conjunction with Alaska Airlines using a small fleet of 37-seat Dash8 and 19-seat Beechcraft 1900D.