SkyEurope; now focusing on Vienna, Prague and Slovakia plus new alliance with MyAir 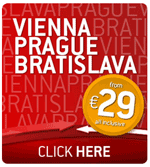 While the ongoing survival of profit-deficient European flag carriers such as Alitalia and Olympic can be explained by some highly debatable funding by the airlines’ governments the case of SkyEurope, the Slovakian LCC that is also de facto the country’s flag carrier is rather more puzzling. Having started operations in February 2002 it floated on the Vienna and Warsaw stock exchanges in September 2005. However, in its six and a half years of operation it has failed to come even remotely close to reporting an annual profit. During that time traffic numbers have grown from just 60,000 in the first year to an estimated 3.7 million in 2008.

Having grown rapidly since its inception, this summer the airline has reported similar traffic figures to those of 2007 as it has focused on trying to increase revenue per flight.

Seasonality is an issue for the airline with October traffic 30% lower than in August. During the peak summer period the airline operated 75 routes across 40 airports, while in November this has fallen to just 36 routes across 26 airports. Curiously the airline serves no airports in Germany although it used to operate to Cologne/Bonn and Stuttgart and even to Berlin Tempelhof in 2002/03.

Searching for a network strategy

Having originally started with a single Embraer 120 operating from its home base in Bratislava the airline soon acquired 737s and started operating as a ‘low-cost airline in a low-cost country’. After 18 months of growing its network from Bratislava the airline created a second base in Budapest in November 2003, shortly before Hungary joined the EU in May 2004. A Warsaw base was opened in May 2004 followed by Krakow in September 2004. Prague followed in April 2006 followed by the airline’s most ambitious decision, to compete against Austrian in Vienna from the end of March 2007. By then the bases in Warsaw, Krakow and Budapest had all been abandoned.

This winter Vienna has overtaken Prague to be the airline’s busiest airport though overall network capacity has been cut by 20% from 676 weekly departures to 538. The increase in Orly flights is misleading as during the peak holiday month of August Paris frequencies are re-allocated to specialist ‘summer sun’ destinations such as Athens, Bourgas, Dubrovnik, Thessaloniki and Split.

In the summer of 2006 SkyEurope connected Bratislava with as many as 21 points around Europe. This summer it was down to 18 but for this winter just six destinations are currently served: Istanbul, Kosice, London Luton, Manchester, Paris Orly and Rome Fiumicino. In comparison Ryanair, which first started flying to Bratislava in October 2005, will this winter connect the Slovakian capital with nine destinations and will offer almost as many weekly seats.

The airport, which is closer to central Vienna than London Stansted is to central London, handled over two million passengers for the first time in 2007 and growth this year has averaged around 16%.

Vienna gamble not yet paying off; alliance with MyAir

For summer 2007 SkyEurope chose to base two aircraft in Vienna. For the following winter the airline closed its Hungarian and Polish bases and moved six aircraft into Vienna, in an attempt to take traffic off Austrian. This summer the airline was serving 25 destinations from the Austrian capital, most of them in direct competition with Austrian. This clearly has been a contributing factor to Austrian’s financial woes this summer. This winter SkyEurope will serve 15 destinations from Vienna compared with 20 last winter having already axed routes to Innsbruck, Krakow, Prague, Timisoara and Warsaw.

The airline recently announced that it was forming a strategic alliance with MyAir, the Italian low-cost airline which operates A320s and CRJ900s.