*Ralph once worked as a network planning consultant for SkyEurope. 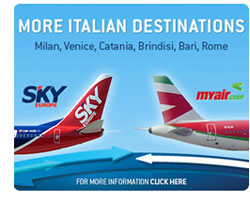 It has always been anna.aero’s policy to report factually on airline network planning issues and any associated data such as airline revenue, load factor and profitability. However, when late last year Bratislava-based SkyEurope announced a ‘strategic alliance’ with Italy’s MyAir it seemed to us that this was a case of two drowning people holding on to each other while the ship went down. MyAir duly ceased operations at the end of July while SkyEurope finally ceased trading this week.

Quite how an airline that never came close to reporting a profit during its seven and a half years of operation, was allowed to carry on for so long remains a mystery but the airline’s main problem can be summarised quite succinctly; it had easyJet levels of unit cost but only Ryanair levels of unit revenue. As a result it was never able to generate a profit.

In the airline’s early days its rate of growth was such that cash flow remained positive as the up-front revenue from future bookings of a growing network helped offset the lack of any actual profits. However, once growth slowed and finally stopped (around last autumn) the financial difficulties increased. This year monthly passenger numbers were down between 30% and 40%.

Big in Slovakia; niche player in Prague and Vienna

While others pore over the financial details of the airline’s demise anna.aero is interested in what it means to the airline’s major bases of operation; Bratislava, Prague and Vienna airports. Not surprisingly in percentage terms SkyEurope’s most important bases were Bratislava and Kosice in Slovakia where it offered 32% and 42% of scheduled seat capacity respectively according to OAG data for August 2009. Worryingly for the airline in Bratislava Ryanair had already built up enough of a presence to offer 30% more weekly seat capacity than SkyEurope.

At its newest base in Prague, SkyEurope was offering flights to 20 destinations, mostly at low frequency resulting in the airline representing around 7.5% of the airport’s scheduled capacity. From Vienna, a base it started in March 2007, it was operating to 19 destinations and its weekly seat capacity represented just over 5% of the airport total. Other bases at Budapest (November 2003 to October 2007), Krakow (September 2004 to October 2007) and Warsaw (May 2004 to March 2006) came and went, as did an alarmingly high number of directors and senior managers.

What are the lessons?

So what should be learnt from the demise of SkyEurope? At the risk of repeating Michael O’Leary’s mantra that “lowest cost always wins” it was clear that SkyEurope’s unit costs were nothing like as low as they needed to be to survive. Given that the airline’s own view of itself in its early days was that it was “a low fare airline operating in a low cost country” it never succeeded in leveraging that advantage fully.

Unlike local rival Wizz Air it preferred to use major (typically more expensive) airports partly because it saw itself as the de facto national airline of Slovakia. Its hope that it could market Bratislava as a low-cost alternative to Vienna (the two airports are just 50 kilometres apart) never really worked out and finally the airline ended up operating from both airports. Eventually the economic climate coupled with several clear warning signs regarding aircraft leases, and financing dented consumer confidence in the airline, although load factors in July were a respectable 81.1%. However, a 12 month average of just under 75% falls well below the standard set by the likes of easyJet and Ryanair.

It now seems likely that having seen off Centralwings (LOT’s half-hearted attempt at developing an in-house LCC) and SkyEurope, and SmartWings of the Czech Republic showing no real signs of growth, the way has been left clear for Wizz Air and Ryanair to be the leading low-cost players in Central and Eastern Europe. Although Wizz Air notoriously does not publish any financial data its cost-base is believed to be comparable to that of Ryanair and both airlines operate a similar business model of operating from major Central European airports to (mostly) secondary Western European airports at low weekly frequency using 180-seat aircraft.

Wizz Air has already announced that it will be increasing frequencies on its Prague services and stationing a third A320 at the airport while Austrian LCC niki has also stated that is is looking at low-cost expansion from its Vienna base.