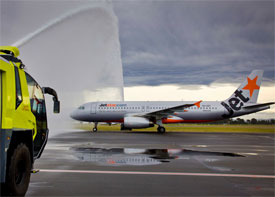 Last week Christchurch International Airport collected a Routes Airport Marketing Award during the annual Routes conference in Beijing. The airport, the second busiest in New Zealand, handled just over six million passengers in 2008, around one quarter of which were travelling on international services (mostly to Australia). Traffic has grown by an average of 5% per annum since 1999 with passenger numbers growing by 7.1% in 2008. Although passenger numbers are down slightly in 2009, they are still significantly above the levels of 2007. 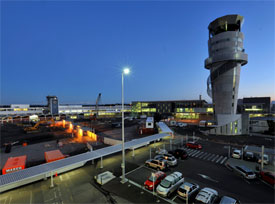 Analysis of current schedule data reveals that just two routes (Auckland and Wellington) account for just over 50% of all scheduled seat capacity. Both of these routes are served by Air New Zealand, Jetstar (Qantas’ low-cost subsidiary) and Pacific Blue (a Virgin Blue subsidiary). Air New Zealand dominates capacity on both routes and the national flag carrier accounts for over 60% of all seat capacity at the airport spread across 23 routes (17 domestic routes, four to Australia and one each to Fiji and the Cook Islands).

Jetstar has a 20% share of the airport’s traffic with seven routes (three domestic and four to Australia) while Pacific Blue has a further 11% share of capacity with five routes (two domestic and three to Australia). Qantas still has a small presence operating a daily flight to Sydney but its Auckland and Queenstown services to the airport have been replaced by Jetstar during the last 12 months. The only other new route started this year was by Air New Zealand to Westport, which saw the launch of four weekly flights back in early July. The biggest monopoly route at the airport is to Dunedin where Air New Zealand offers 55 weekly departures. Virgin Blue used to serve the route but withdrew from the market during the last year.

Emirates and Singapore Airlines both present