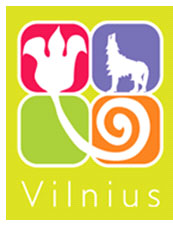 When FlyLal, the national airline of Lithuania, ceased operations in mid-January 2009, it signalled the end of rapid growth at Vilnius Airport, the main airport serving the country. Between 2000 and 2008, passenger numbers at the airport had quadrupled from just over half a million to just over two million helped by the country’s accession to the European Union on 1 May 2004.

The collapse of FlyLal was unfortunate timing as Vilnius was named as one of the two European Cities of Culture for 2009 (the other being Linz in Austria).

Passenger numbers fell by 35% in 2009 as airBaltic also axed a number of routes at the end of 2008 and then again in April 2009. As a result, traffic levels in 2009 fell back to the levels of 2005. Traffic demand still continued to peak in July and August.

With Brussels Airlines starting Brussels flights last March, Aer Lingus launching flights to London Gatwick last September and Skyways beginning Stockholm flights last June, as well as the launch of new local start-up Star1, the airport is gradually recovering its network. A summary of the changes between August 2008 and January 2010 is shown below.

Destinations no longer served include western European cities such as Barcelona (though Star1 briefly served Girona last summer), Düsseldorf and Hamburg, as well as Central European destinations such as Chisinau (Moldova), Palanga (Lithuania), Odessa and Simferopol (both in Ukraine) and Tbilisi (Georgia).

airBaltic’s five-times daily service to its main hub in Riga in neighbouring Latvia is the airport’s busiest route, although the start next week of a new double-daily SAS service to Copenhagen (using CRJ 900s) will offer locals an alternative hub to transfer through to those destinations not currently served non-stop from Vilnius. Until last January, SAS was a major shareholder in airBaltic but then sold all its shares in the airline. As a result, they are now proper competitors.