Delta targets US Airways with new routes from LaGuardia 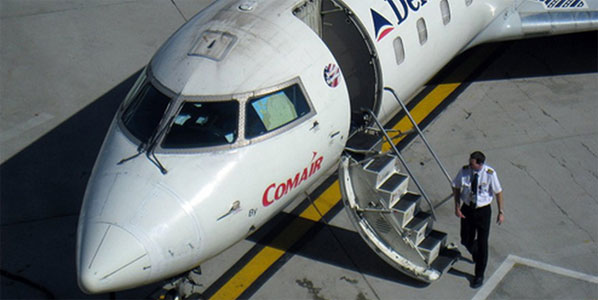 Comair will operate LaGuardia-Portland for Delta 20/weekly head-to-head with US Airways’ 34/weekly.

The world’s largest airline (since completing its merger with Northwest) has announced eight new routes to start on Tuesday 6 April. The significance of the date is that it is the day after Easter Monday and so everyone should be back at work and ready for their next business trip. Five of the new routes are at New York’s LaGuardia airport where the airline seems to have decided to pick a fight with US Airways. 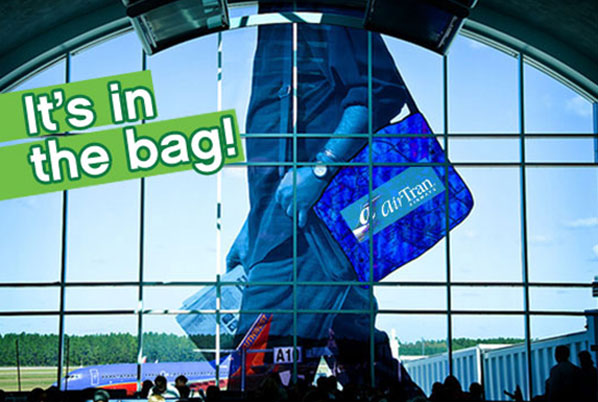 One of Jacksonville’s headless giants – airTran hopes to be a giant killer by directly taking on Southwest’s BWI services.

In other US news, AirTran announced a new twice-daily service between Baltimore/Washington (BWI) and Jacksonville (JAX) starting on 4 May. The route is already served by Southwest with three daily flights. According to a presentation made at Raymond James Growth Airline Conference last week AirTran reckons that its non-fuel unit costs are actually 5% lower than Southwest’s. Not content with taking on the legend of Southwest the airline has also revealed plans that will bring it into direct competition with Allegiant Air. AirTran announced Grand Rapids (GRR) in Michigan as its latest network destination and from here it will compete head-to-head with Allegiant Air for passengers travelling to Orlando (MCO), while also offering twice-daily flights to Baltimore/Washington. 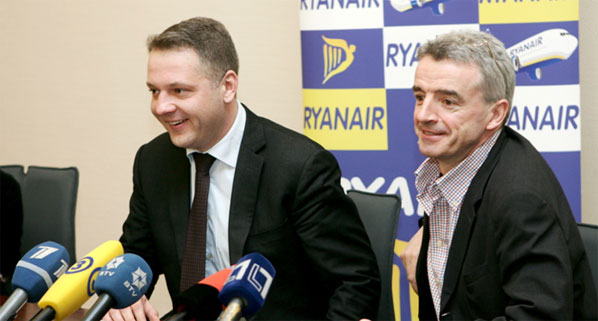 9 February 2010: A clearly delighted Eligijus Masiulis, the Lithuanian transport minister, enthuses at the Ryanair announcement that Kaunas will become its 40th base offering nine routes.

After announcing 25 new routes last week, Ryanair this week revealed Kaunas in Lithuania as its 40th base at which it will base two aircraft from May and start nine new routes. Ryanair already operates seven routes at the airport plus Bristol and Brussels Charleroi which were previously announced as new routes starting in May and March respectively. Ryanair first flew to Kaunas from London Stansted in September 2005 and since then has added services from Dublin (April 2006), Stockholm Skavsta (summer 2006), Frankfurt Hahn and Liverpool (both October 2006), Glasgow Prestwick (October 2007), Shannon (November 2007), London Luton (October 2008), Birmingham (November 2008), and Bremen (July 2009). The Glasgow, Shannon and Stockholm services were short-lived and are no longer operated.

The nine new routes are to Barcelona (Girona presumably), Berlin Schönefeld, Düsseldorf Weeze, Edinburgh, London Gatwick, Milan Bergamo, Oslo (not clear if Rygge or Torp), Paris Beauvais and Tampere. Frequencies and precise start dates have not yet been revealed. 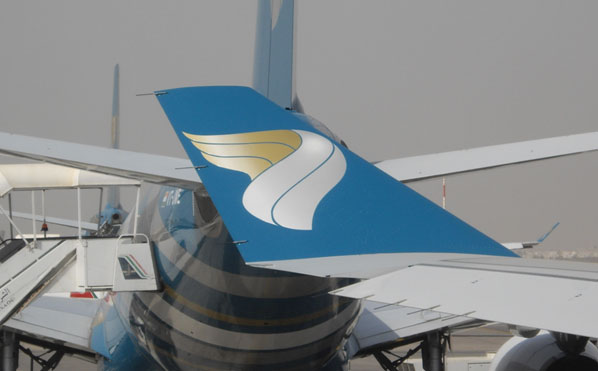 Oman Air has revealed plans to add four new destinations from its Muscat base. From 1 May the airline will serve Kuala Lumpur with four weekly flights using one of its new A330-200s. Two new cities in Pakistan will be served; Lahore from 10 May and Islamabad from 16 May (both routes flown with 737-800s). Finally, from 1 June, Dar es Salaam in Tanzania will be served with four weekly flights. Oman Air already serves Bangkok, 10 destinations in India and Karachi in Pakistan. The graph below shows how its network compares with its regional rivals. 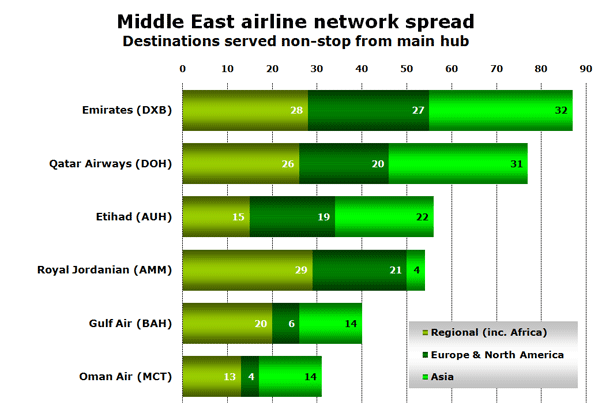 Ciao bella – Alitalia pulls out of Malpensa-Istanbul permanently from the start of the summer.

Alitalia continues to pull routes from what used to be its second hub. From the start of the summer season six more routes to Algiers, Istanbul, Kiev, Sofia, Tel Aviv and Tripoli will all no longer be operated non-stop from the airport. It may be significant that all of these routes are also served by other carriers.

Alitalia’s remaining services from Malpensa are domestic routes to Bari, Catania, Naples, Palermo and Rome, and international services to Cairo, Moscow, New York JFK, Sao Paulo (replaced by Miami during the summer), Tirana, Tokyo Narita and Tunis; a curious mix of routes to say the least. 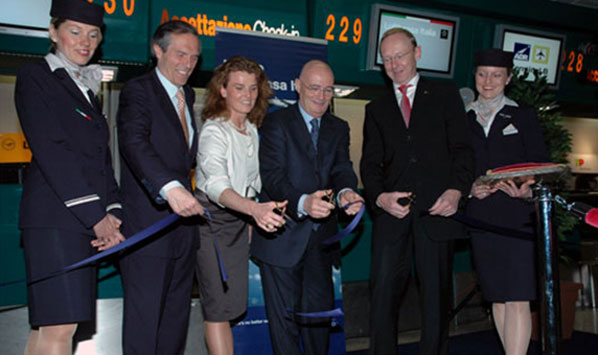 Another airline dropping a route from Malpensa is Lufthansa Italia, which has decided to withdraw from the Rome Fiumicino (FCO) route. This will come as a pleasant surprise to Alitalia (21 weekly departures) and easyJet (27 weekly flights) who are the two leading airlines on the route. 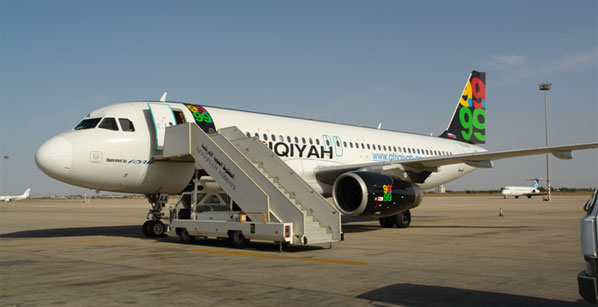 Just as Alitalia revealed plans to pull off the route, Libyan carrier Afriqiyah announced this week that it would launch three times weekly flights to Milan Malpensa from Tripoli (TIP) starting 18 July using an A319.

Cimber Sterling continues to expand its Copenhagen network with the addition of six new destinations in the coming months.

From the start of the summer season, it will also be replacing its double-daily London Gatwick services with double-daily (Monday to Friday) flights to London City, operated by an ATR 42. At the same time, SAS is withdrawing its own service on this route.

Belgrade is the latest airport to benefit from Wizz Air’s expansion across Central and Eastern Europe. The Serbian capital will welcome its first Wizz Air flight on 12 June when three times weekly flights from Dortmund begin, followed by London Luton flights on 24 July (also served with three weekly flights). Last year, Belgrade saw its airport traffic fall by 10% to just under 2.4 million passengers. 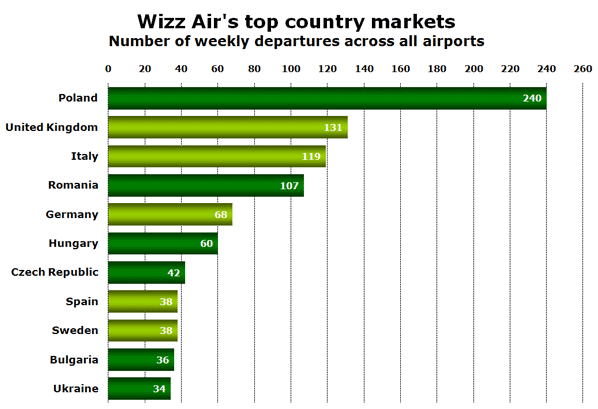 Wizz Air has also announced three new routes from Bucharest Baneasa to Cuneo (near Turin in Italy), Weeze (near Düsseldorf in Germany) and Zaragoza (in Spain), each of which will be served twice weekly from the end of June. Weeze and Zaragoza will also be connected directly with Cluj Napoca at the same time. Several existing Bucharest flights will get frequency increases resulting in the airline stationing a fourth A320 at the airport from 26 June. 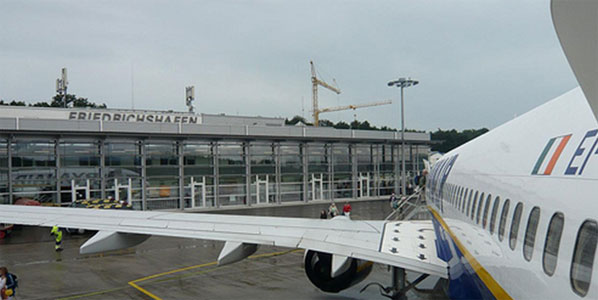 Ryanair has had a good performance on London-Friedrichshafen, carrying 120-135,000 passengers annually. The development of its services at nearby Allgäu-Memmingen may be a factor in the Friedrichshafen withdrawal.

Bodensee-Airport Friedrichshafen in southern Germany will soon be welcoming A319s operated by germanwings when the airline begins double-daily flights to Cologne/Bonn at the start of the summer season. The route is already served twice every weekday by locally-based Intersky using their much smaller 50-seat Dash-8 300 aircraft.

Meanwhile Ryanair which started London Stansted flights to the airport as long ago as April 2002 is ending services on 29 April. For the last three years the airline has carried between 120,000 and 135,000 passengers on the route annually, with traffic peaking each year in March. An Alicante link, that began last October, is also being terminated at the end of March. Part of the reason for this may be the launch of flights from nearby Allgäu-Memmingen airport to Stansted (1 May 2009) and Alicante (4 July 2009). In the past Ryanair also served Dublin, Liverpool and Pisa from Friedrichshafen.