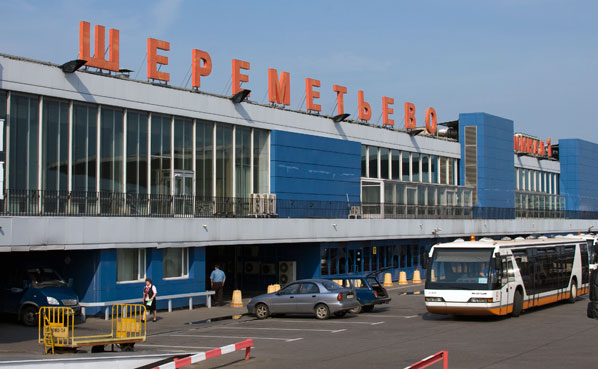 Not a pretty building, but a low-cost carrier's dream and soon exclusive to LCC Avianova: As Moscow Sheremetyevo’s domestic services move terminals, the characteristic Terminal 1 will have the fast-growing low-cost carrier Avianova move in at the end of March from its current Moscow Vnukovo base. The young airline, which already has contributed positively to Vnukovo’s growth, is set to double its fleet of two A320s in the coming months.

Demand for air travel in Russia fell dramatically in the first half of 2009, with passenger numbers at the six busiest Russian airports (which account for well over half of all traffic at Russian airports) down 15%. In the subsequent five months from July to November, traffic has stabilised with the leading airports reporting that combined traffic is down less than 1% compared with 2008. 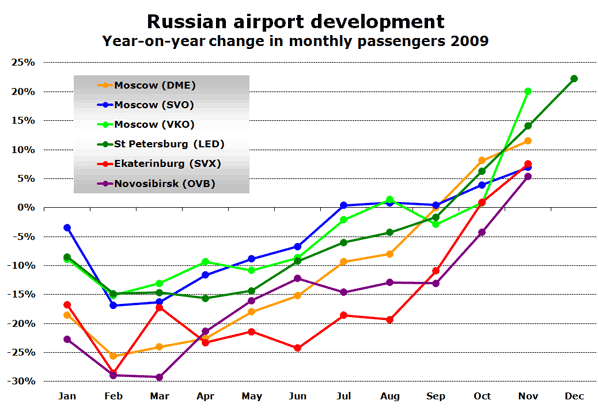 While some airports started reporting year-on-year growth as early as July, by November the top six airports (three serving Moscow, St Petersburg, Ekaterinburg and Novosibirsk) were all reporting growth compared with November 2008. More significantly, November’s figures for all three Moscow airports and Pulkovo Airport in St Petersburg were up on November 2007, before the global economic crisis occurred. For Pulkovo (+15.7%) and Moscow Vnukovo (+10.3%), the growth compared with 2007 was greater than 10%.

Moscow’s three airports combined are likely to have handled just over 40 million passengers in 2009, with St Petersburg Pulkovo airport traffic falling 4.4% to 6.76 million.

The start of low-cost flights by Avianova from Moscow Vnukovo at the end of August clearly helped that airport’s faster than average growth in the last few months of 2009. The A320 operator now serves seven domestic destinations. However, from the start of the summer season, it is moving all operations from Vnukovo to Sheremetyevo.

It has recently been announced that Aeroflot is to absorb six smaller Russian carriers. According to data from the Transport Clearing House, in the first six months of 2009, Aeroflot was the leading domestic airline, transporting 1,455,936 passengers compared with 1,428,666 for S7 and 1,337,003 for UTair. The six airlines to be integrated transported just over 1.4 million during the same period, confirming reports that integration will help Aeroflot to double its share of the domestic market.

According to the airline’s website timetable for this winter, Saratov Airlines operates four daily flights most days from Saratov to Moscow Domodedovo using YAK-42s. There are regular flights to Surgut, which in February and March seem to operate on average twice per week.