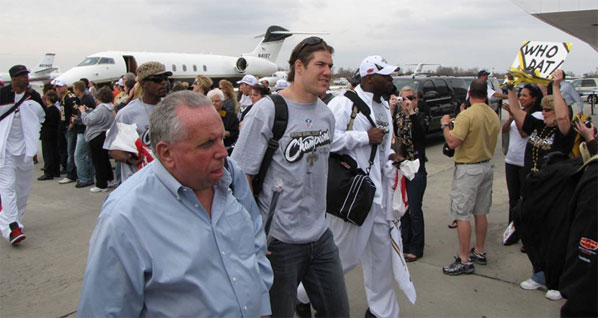 The New Orleans Saints were given a heroes’ welcome upon arrival at New Orleans Airport following their Super Bowl XLIV triumph last week.

The recent victory by the New Orleans Saints over the Indianapolis Colts in Superbowl XLIV (44) was a popular victory among neutrals, coming just over four years after the devastation caused by Hurricane Katrina. A previous analysis of New Orleans airport showed how quickly traffic had recovered to around 80% of the pre-Katrina levels. Louisiana ranks only 31st among US states for size, and has an estimated population of around 4.5 million. Louis Armstrong New Orleans International Airport is the dominant airport in the state, handling close to eight million passengers in both 2008 and 2009. 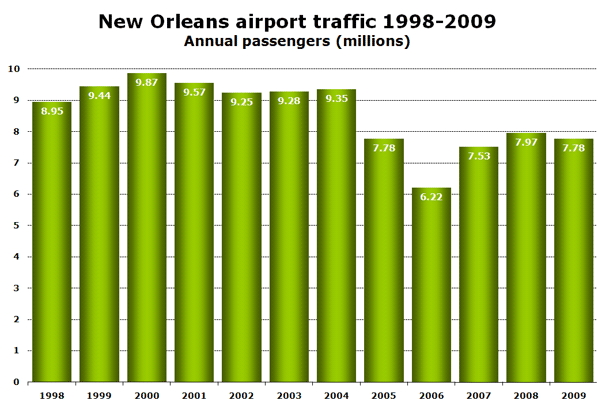 The airport’s seasonality profile, and the impact of Hurricane Katrina, can be clearly seen in the following graph. Unlike European airports, where traffic peaks in the summer months, New Orleans’ air traffic dips in August (when people typically take their annual holiday) and September, before picking up again in October. 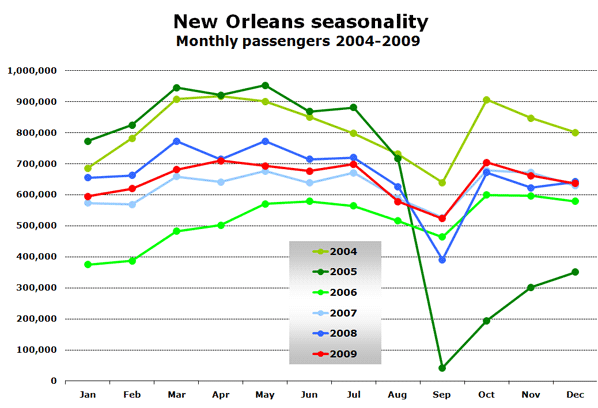 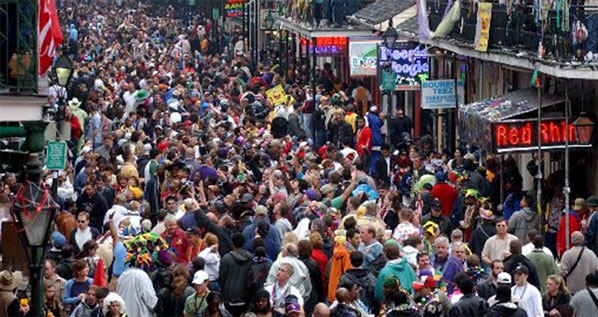 Today (16 February) marks Mardi Gras - or 'Fat Tuesday' - the last day of the annual carnival that started at the end of January. Some airlines have scheduled extra flights to New Orleans for the duration of the carnival to cater for the increased passenger demand.

Since the previous analysis in February 2008, jetBlue has added flights to Boston, Southwest to Denver and AirTran to Baltimore/Washington. Two new services have already been announced for this year. From 9 May, Southwest will operate daily to St Louis (replacing the four-times daily American Airline service which ends on 5 April), while on 11 June, Frontier begins daily flights to Denver. Southwest and United already operate daily on this route. The airport’s only current scheduled international service is with AeroMexico to Mexico City operated with a 50-seat regional jet. 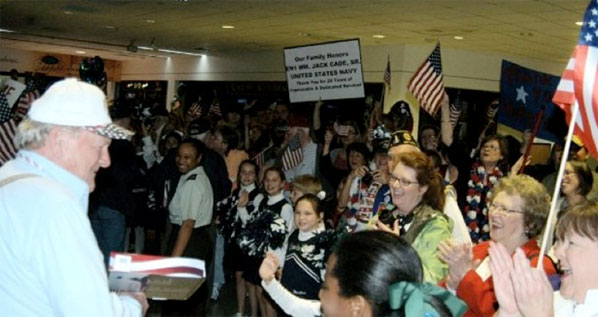 World War II veterans were welcomed back to New Orleans Airport following a visit to the war memorial in Washington DC in October. The visit was part of the Louisiana HonorAir scheme which gives war veterans the opportunity to view the World War II Memorial for the first time.

While New Orleans is the dominant airport in the state, there are several other airports with scheduled services, although none of them handle more than one million passengers per annum. Baton Rouge, Shreveport, LaFayette and Monroe all have virtually identical route networks with regular flights to Atlanta and Memphis (with Delta), Houston (with Continental) and Dallas/Fort Worth (with American). The number of weekly flights and departing seats are summarised below.

The average aircraft size across all these airports is just under 50 seats, highlighting the use of regional jets on all of these hub-feeding services. The only additional scheduled service at any of these airports is a twice-weekly service with Allegiant Air from Shreveport to Las Vegas, which first operated on 18 Jan 2006. The airline has also served Orlando Sanford during the summer of 2008 and 2009, but at present is not offering the service this summer.