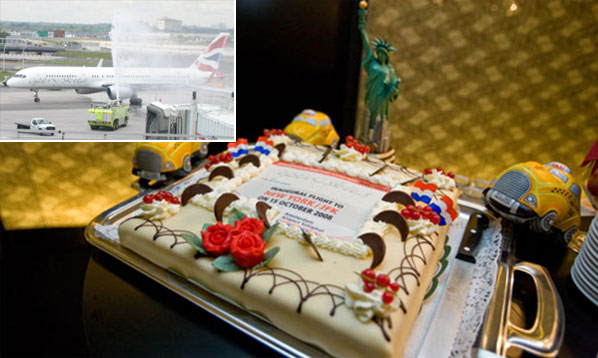 We had to go all the way back to October 2008 when OpenSkies won anna.aero’s Cake of the Week for Amsterdam – New York JFK to find a route launch celebration (the inset shot is OpenSkies’ inaugural service being greeted in New York from Paris Orly in June the same year).

British Airways’ Paris-based all-business class subsidiary, OpenSkies, has revealed plans to start operating between Paris Orly and Washington Dulles from 3 May. The route will initially be served with five weekly flights operated by 757-200s, although the airline’s press release suggests that frequency may be increased during the summer. Competition on the route will come from Air France, which offers up to three daily flights from Paris CDG to Dulles, and United Airlines, which has a daily service also between CDG and Dulles.

Norwegian ventures into Finland with two routes to Helsinki

Increasingly profitable Norwegian is now boldly venturing into the Finnish market with the launch of almost double-daily flights from Oslo Gardemoen and Stockholm Arlanda to Helsinki. Competition will come from Finnair and Blue1 on both routes as well as SAS on the Stockholm route. “It’s a milestone for Norwegian when we now launch our first direct flights to Finland. The Nordic region is a natural focus area for us. We see that there is an opening for a new player as today’s prices are too high. With our new routes, both business and leisure travellers will get value for their money”, said Norwegian’s CEO Bjørn Kjos. 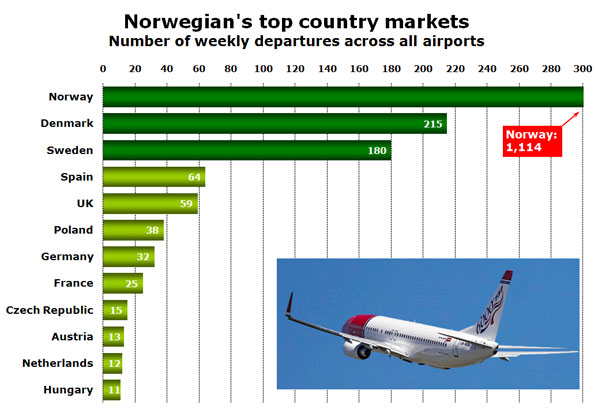 These new Finnish routes will immediately launch Finland into the top 10 of country markets served by Norwegian.

Qantas responds to Tiger by unleashing Jetstar on Melbourne – Brisbane Tiger versus the Jestar girl: As they say, sometimes the only way to settle these things is a fight.

Qantas has responded to the recent decision by Tiger Airways to enter the Melbourne – Brisbane market (from 28 March with three daily flights) by allowing its own low-cost subsidiary Jetstar to start operating the route with two daily flights from 1 July. Currently, Qantas operates over 90 weekly departures on the route while Virgin Blue has almost 80 weekly departures.

airBaltic’s latest destination is Tehran … or is it? 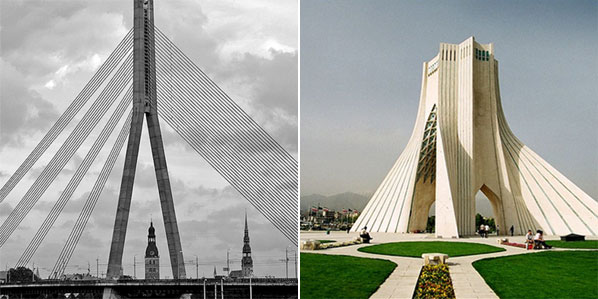 It was widely reported during the last week that airBaltic had announced a new route from Riga to Tehran starting on 8 June and operating three times weekly using a 737. However, a check on the airline’s website reveals…absolutely nothing. Tehran does not appear in the list of destinations served nor does it appear on the route map and there is no reference to it on the ‘news’ page. Was it all a Latvian version of an April Fool’s joke? 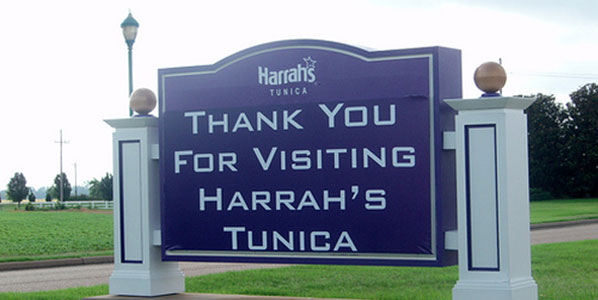 They’re gonna have to say that more often: AirTran becomes the only airline to serve the gaming and entertainment destination of Tunica in Mississippi where the local airport has been newly-developed to serve growing tourism. “As the largest gaming operator in Tunica, Harrah’s is proud to partner with AirTran, Tunica Airport, and the Tunica Convention & Visitors Bureau to announce regularly scheduled commercial air services” said R. Scott Barber, Regional President, Harrah’s Mid-South.

A busy week for new route announcements in the US, as AirTran, Delta, Frontier and United unveiled new domestic routes starting in the first half of 2010. For full details of these new routes, see our US airline new route database . Highlights include AirTran becoming the only airline to serve the gaming and entertainment destination of Tunica in Mississippi and the introduction of seven new Frontier routes from Denver operated by new owner Republic’s E190s. SkyWest is starting two new routes on behalf of Delta from Salt Lake City and one from Washington Dulles for United Express.

Flybe arrived at Kent International (Manston) in May to begin weekly seasonal Jersey flights, but the daily Edinburgh services from May indicate a considerable increase in confidence in the catchment area.

The last week has seen the announcement of four new routes and increased competition on an existing route in the UK domestic market. Newcomer Varsity Express is starting five times-weekly flights from London Oxford to Newcastle using a Jetstream 31, while increasing frequency on its soon-to-start Oxford – Edinburgh service from once to twice daily (on weekdays). Flybe has announced plans to start serving Kent International Airport (or Manston as it is more commonly known) with daily flights from Edinburgh starting 27 May. The last airline to try this route (and several others from Manston) was EU Jet, which flew twice daily using Fokker 100s from 4 October 2004 until the airline ceased operating on 26 July 2005.

This week, easyJet revealed plans to start a daily Liverpool – Isle Of Man service using an A319 in competition with Flybe’s four times daily Q400 service. This will add 50% more seats into the market and resulted in Flybe’s PR department issuing a decidedly Ryanairesque response by referring to easyJet as “flash in the pan” competition, and to the “easyJet scrum to get a seat on-board”. Flybe also tried to claim the environmental moral high ground by stating that their Q400 will produce considerably less CO2 on the same route compared with easyJet’s aircraft, rather ignoring the fact that on a ‘per seat’ (and therefore ‘per passenger’ basis) easyJet’s aircraft is less damaging to the environment.

Flybe itself has announced plans to operate an (almost) daily service between Manchester and Bournemouth from 27 May and also a new four-times weekly service between Belfast City and Humberside starting the same day. 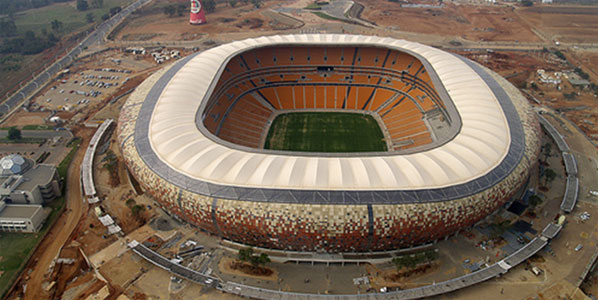 Reaping the air service benefit of hosting a major sporting event: The new Jet Airways service starts in time for the 2010 FIFA World Cup - Johannesburg’s soccer city where the opening game and final will take place.

Jet Airways is starting non-stop daily flights from Mumbai to Johannesburg in time for the FIFA World Cup (though both countries are rather more famous for their cricketers than their footballers). Daily flights begin on 14 April using an A330-200 and will compete with South African Airways which currently operates the only non-stop service between the two countries. According to OAG data for February, only five cities in Africa have non-stop flights to India; Addis Ababa (to Delhi and Mumbai with Ethiopian), Cairo (to Mumbai with Egyptair), Johannesburg, Mauritius (to Bangalore, Delhi and Mumbai with Air Mauritius), and Nairobi (to Mumbai with Kenya Airways).

Ryanair announced five new routes this week; three from its Scottish base in Edinburgh and two from Frankfurt Hahn. Faro, Marrakech and Paris Beauvais are the new routes from Edinburgh starting in early May, while Agadir (Morocco) and Pula (Croatia) have been added to the network at Hahn. Ryanair will compete head-to-head with Jet2.com on the Edinburgh – Faro route and indirectly with Air France and easyJet (who both serve Paris CDG) on the Edinburgh – Paris route. Pula is already served by Ryanair from London Stansted and was also served briefly from Dublin during 2007.

easyJet to serve Kosovo from Switzerland 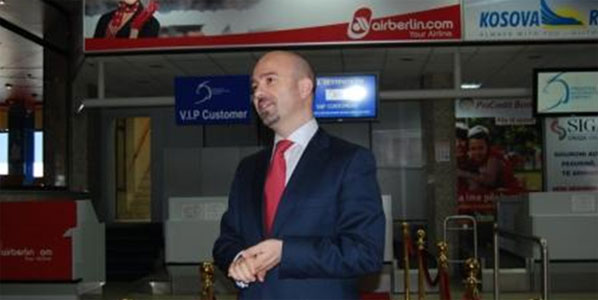 Agron Mustafa, Managing Director of Pristina International Airport, says a meeting with easyJet at the IATA slots conference as well as the airport’s “Incentive Program for Airlines” combined to hasten the deal to serve Kosovo.

easyJet has announced two new routes linking its Swiss bases in Basel and Geneva with Pristina in Kosovo. Geneva flights begin on 19 June and will operate every Wednesday and Saturday, while Basel flights start a week later and will operate on Thursdays and Saturdays. According to OAG data, other non-flag carrier airlines serving Pristina this summer include airberlin, germanwings and Meridiana.