Bali traffic up over 50% in two years; LCCs now have 20% share; KLM returns (via Singapore) after 12 years KLM’s Dutch passengers are greeted on arrival? After having suspended its Bali services for 12 years, KLM again serves the island four times weekly from Amsterdam via Singapore. The airline also deepened its cooperation with Garuda Indonesia, here seen celebrated by the CEOs of the two airlines, Peter Hartman and Emirsyah Satar, as well as by KLM’s country manager Axel Colen.

Indonesia’s second airport, Denpasar International Airport on the island of Bali, is the main entry point for tourists to Indonesia. The airport has had a relatively steady stream of passengers over the last decade, emerged relatively unscathed from the impacts of 9/11 and SARS, however, with troughs taking place after the bombings of 2002 and 2005. Denpasar has since begun to see strong growth toward the end of the decade, and grew an impressive 54% in the two years between 2006 and 2008. 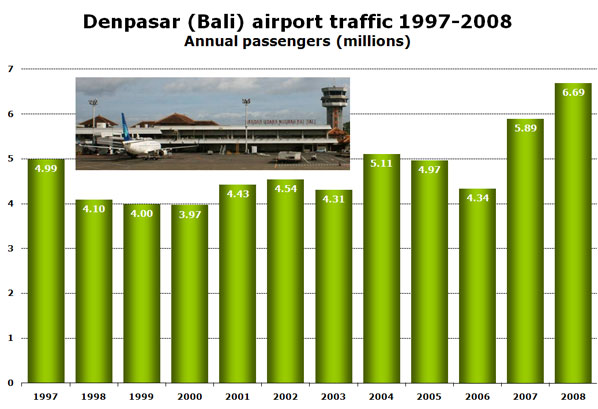 In order to deal with the strong growth, a $160 million terminal development is under way. Having just started the construction, it is expected to be completed in under three years’ time. The current international terminal will then be allocated to domestic services, while the brand new terminal will handle international passengers. Once completed, the airport will have a total capacity of 20 million annual passengers, providing plenty of space for further growth. 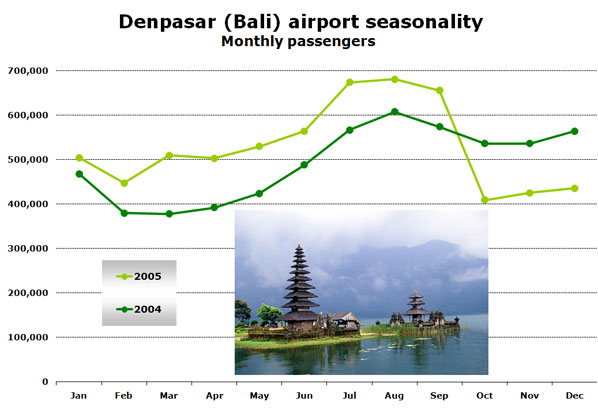 Although recent monthly passenger numbers are difficult to obtain, an idea of the airport’s seasonality can be gained from data for 2004 and 2005, although the impact of the bombings in October 2005 somewhat distort the data. Being located south of the equator, the airport’s peak months are in fact shown to be the winter months. While the climate remains warm year-round, these months attract more visitors because of the lower levels of rainfall. 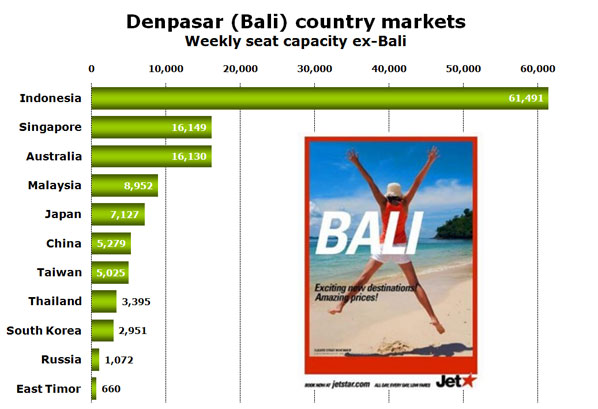 Domestic services form the foundation of services at almost half of the available seats offered out of Denpasar. Singapore follows as the top international country market, caused both by a large number of flights terminating there and by the airport functioning as a transit point for KLM’s and Qatar Airways’ 1-stop services from Amsterdam and Doha respectively (after the latter was moved from stopping in Kuala Lumpur). Six Australian airports are linked with Bali, a favourite holiday destination for Australians. Remaining services mainly target visitors from other Asian countries. A notable exception is Russia, which stands out with its long-haul services from Moscow Domodedovo and Novosibirsk.

Local airlines dominate; LCCs have over 20% of market 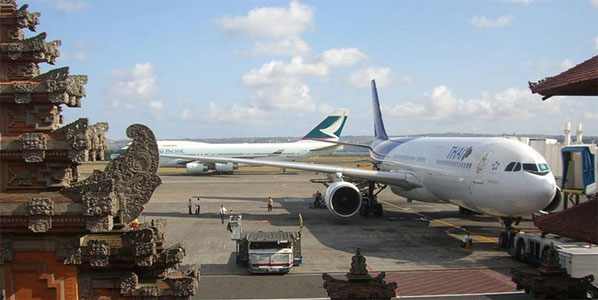 Outside the top list: Thai Airways is this week #14 by capacity at Denpasar with its daily A330-300 service from Bangkok, while Cathay Pacific ranks #12, flying daily from Hong Kong on 747-400s. (Photo: Sergey Zhatchenko)

The top 10 airlines at Denpasar account for 80% of capacity offered at the airport. Reflecting the importance of the domestic network out of Denpasar, the four top airlines are all Indonesian. Low-cost carriers have by now gained a 21% market share, with 62% of that share being held by the airlines in the AirAsia Group.

Last year, twelve international routes were launched to Denpasar (see table below), while the airport lost nine international services. Only two of those lost services have, however, resulted in a lost destination served from the airport; Guam, which used to be served by Continental Micronesia, and Brunei, which was served by Royal Brunei.