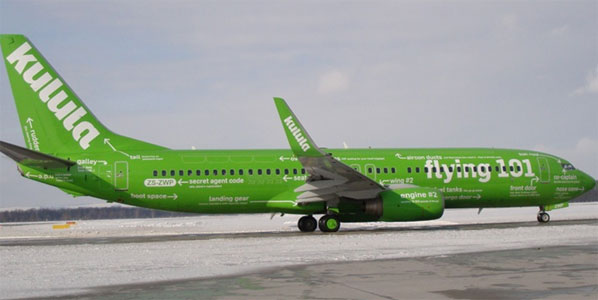 Snow in South Africa? Kulula.com’s second 737-800 is here seen at Ostrava in the Czech Republic prior to delivery. The unique, descriptive paint scheme has got quite a bit of attention across the globe’s plane-spotter community.

In August 2001, just before 9/11, British Airways’ South African franchisee Comair set up a low-cost subsidiary named Kulula.com (‘kulula’ being Zulu for ‘easily’). Having started as the first LCC in South Africa, it was soon followed by 1time (which was analysed in anna.aero three months ago) in 2004 and the national carrier South African Airways’ attempt to regain market share by setting up Mango in 2006. 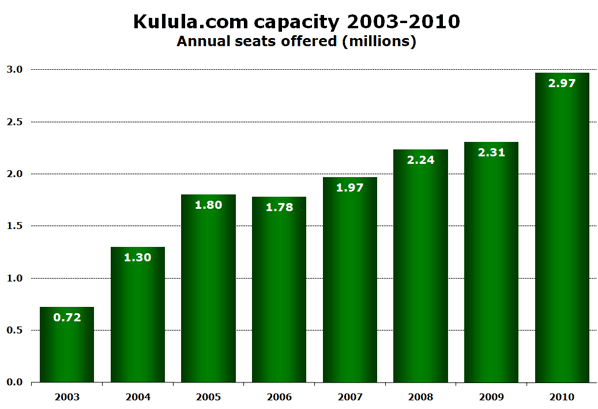 By August 2003, Kulula.com had flown its millionth passenger and the airline has only expanded ever since. This year, it offers an entire 29% more seats than in 2009, suggesting that the airline prepares for the increase in travel that will be generated by South Africa hosting the upcoming FIFA World Cup in June and July. 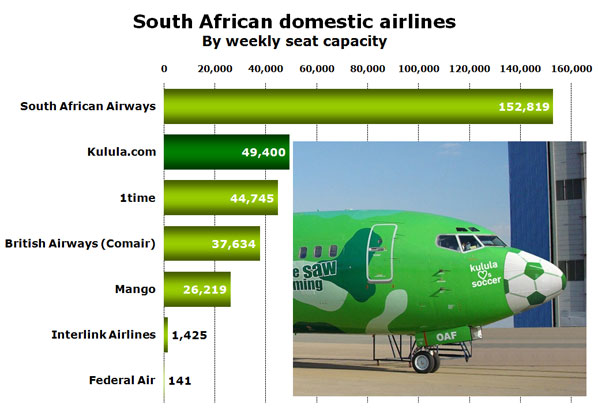 The airline’s fleet of old 737s (one -200, one -300 and six -400) is in the process of being replaced with modern 737-800s. So far, two have been delivered. Parent Comair has a further eight on order, but it is unclear how many are destined for the Kulula.com fleet and how many will be used for British Airways services.

Eight domestic routes only; no competition at Lanseria airport

Although the airline sells tickets to international destinations in southern Africa, these flights are operated by Comair on behalf of British Airways, while Kulula.com’s own network is entirely domestic. The airline currently operates eight routes involving six airports.

To complement its operations at Johannesburg’s OR Tambo International Airport, Kulula.com also operates two routes out of Lanseria airport, a small airport strategically located between Johannesburg and South Africa’s nearby administrative capital city Pretoria. Services from Lanseria to Cape Town were launched in 2006, followed by flights to Durban the following year. Flights from Lanseria to Port Elizabeth were also launched in 2007, but these were discontinued in 2009.

Because of Kulula.com’s two main routes being split between two Johannesburg airports, the rival 1time offers greater frequencies on these routes out of the main airport OR Tambo. When combining both airports, Kulula.com does, however, reveal itself as the largest low-cost carrier between the city pairs. On routes outside the Johannesburg area, Kulula.com is much less dominant and offers daily flights only.