Welcoming the first flight from Jinan to Kansai were none less than Shinichi Fukushima, CEO of Kansai International Airport, Hiroshi Shimo, Governor of Wakayama Prefecture, the Chinese Consul General to Osaka and the Shandong Airlines’ GM Japan – a big enough story to merit TV coverage. The banner reads ‘Congratulations to Shandon Airlines for the new scheduled Kansai-Jinan service'.

Route of the Week:
Adria Airways’ Ljubljana to Belgrade Cake of the Week:
Varsity Express’s London Oxford to Edinburgh Although the oracles of Wikipedia state that “shortbread is not to be confused with shortcake, which […] always uses a chemical leavening agent such as baking powder”, the powers entrusted in anna.aero allow us to award Varsity Express’s shortbread Cake of the Week. Lucy, cabin services director on the first flight, is here seen with the delighted airline entrepreneur Martin Halstead. Ge Honglin, mayor of Chengdu, and Tan Zhihong, party secretary of Air China cut the ribbon for the opening of Air China’s maiden flight to Bangalore, a ceremony which was followed by a speech by Mr Zhihong. 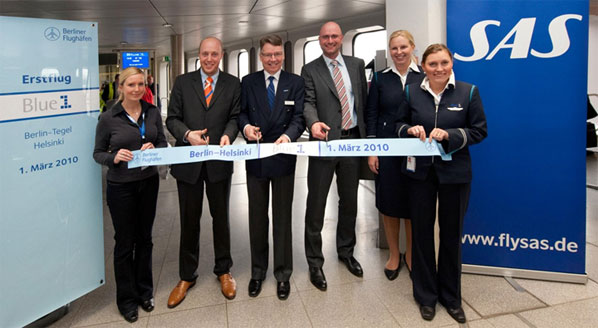 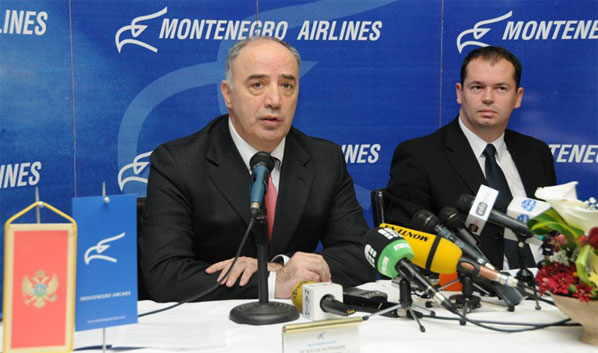 The chairman of Montenegro Airlines, Zoran Djurisic, and the mayor of Niš, Milos Simonovic, spoke to the gathered press at Hotel My Place in Niš after the airline’s first flight from Montenegro’s capital Podgorica. Plenty of business on day #1 in the remodelled/expanded terminal – anna.aero thanks Chippewa Valley Regional Airport’s Linda Klett for staying late in the office to get these first day snaps to us (you handled the camera just fine, Linda).