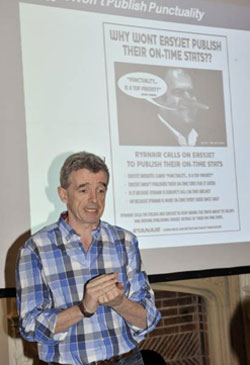 In the week that the country’s two major carriers announced plans to merge, Greece will soon be welcoming its first ever scheduled services provided by Ryanair. Six routes have been announced starting from 20 May; two each to Kos, Rhodes and Volos. Milan Bergamo will be served from all three airports, Frankfurt Hahn will be connected to Kos and Volos, while Pisa gets a Rhodes service. All six of these routes will be served twice weekly. In 2008 Rhodes handled 3.6 million passengers and Kos 1.6 million.

Although Ryanair operates to several destinations in Morocco, it currently offers no services to Egypt, Israel, Tunisia or Turkey. All of these are served by other European low-cost carriers.

Flydubai has announced plans to make Muscat and Kuwait City the 12th and 13th destinations on its growing Dubai-based network starting from the end of March. Both routes will be served twice daily. Competition on the 350 kilometre route to Muscat will come from Emirates and Oman Air, while the 850 kilometre Kuwait route is already served by Emirates, Jazeera Airways, Kuwait Airways and Wataniya Airways. Anyone else thinking this could be an interesting route for one of anna.aero’s farewatch analyses? 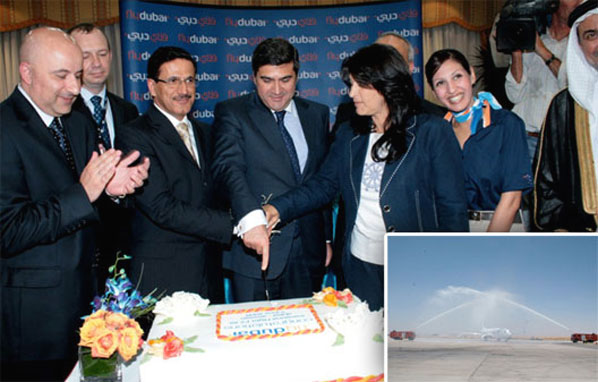 Flydubai – an award winner from the very start – as anna.aero Route of the Week for its Amman and Beirut launch last summer.

The Israeli capital is proving a popular destination for European airlines looking for new destinations this summer. Armavia (from Yerevan), germanwings (from Cologne/Bonn) and Spanair (from Barcelona) have all recently announced new routes to Tel Aviv’s Ben Gurion Airport. At the beginning of the year Aegean began daily flights from Athens and in August easyJet will start flights from Geneva. Furthermore airberlin is adding Cologne/Bonn, Düsseldorf and Munich services though these basically replace existing TUIfly.com services. 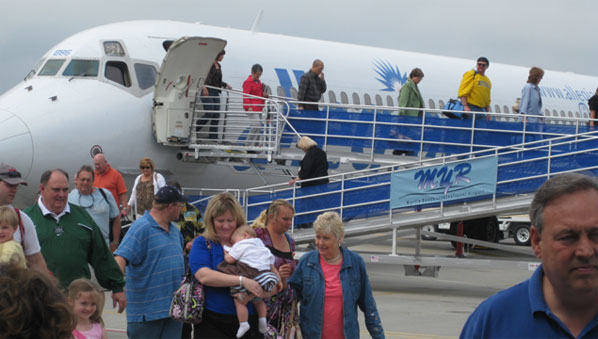 The new routes will double the number of destinations the MD80-loving low cost airline serves from Myrtle Beach.

America’s lowest-cost airline, Allegiant, has in the last week announced three new routes to Myrtle Beach in South Carolina. From the end of April the airline will serve the coastal destination twice-weekly from Fort Wayne in Indiana, Youngstown in Ohio and Knoxville in Tennessee. This will double the number of destinations the airline serves from Myrtle Beach. Myrtle Beach International Airport serves Myrtle Beach, the Grand Strand (which also claims to be “The Golf Capital of the World” and Horry County. This week saw Porter Airlines start flights from Toronto to the airport while American Eagle will start Dallas/Fort Worth flights from the beginning of April, and Spirit Airlines begins seasonal Atlanta services from 1 May. 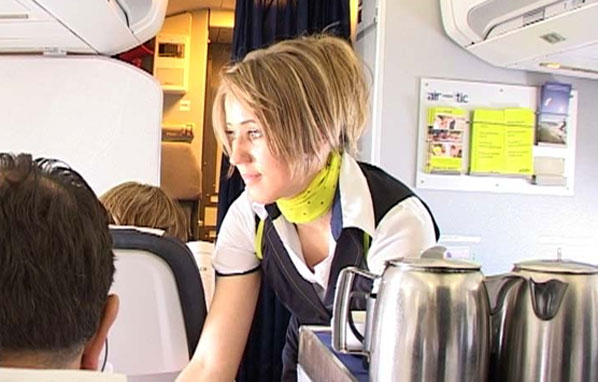 Apparently bowing to US political pressure to scrap planned Tehran services, airBaltic has consoled itself by announcing that it will use its expanded Nordic network to serve Riga’s annual Go Blonde festival on May 29, described by the airline’s Chief Commercial Officer Tero Taskila as a “signature event.” Organiser Marika Ģederte, President of the Latvian Association of Blondes, predicts: “Go Blonde will soon be as important for Latvia as the carnivals are to Brazil.”

All routes will be operated by the airline’s fleet of Fokker 50 aircraft.

Other celebrations this week