Emirates off to Senegal; Ryanair makes Malta 41st base; American tees off to Augusta; AnadoluJet adds two more routes from its Ankara base 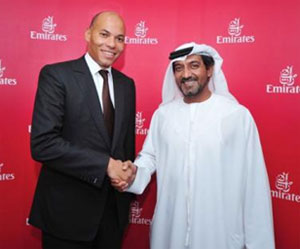 Dakar makes it 19 in Africa for Emirates

Emirates this week announced plans to start five times weekly flights to Dakar in Senegal starting on 1 September. It will be the airline’s 19th destination in Africa. It currently serves three destinations in South Africa and one each in Angola, Egypt, Ethiopia, Ghana, Ivory Coast, Kenya, Libya, Mauritius, Morocco, Nigeria, Seychelles, Sudan, Tanzania, Tunisia and Uganda. As this week’s African trendwatch reveals Emirates is already the continent’s 10th biggest airline in terms of weekly capacity. Dakar currently ranks as the 16th busiest airport in Africa based on scheduled seat capacity. The airport already has non-stop flights to European destinations such as Brussels (Brussels Airlines), Lisbon (TAP Portugal), Madrid (Air Europa and Iberia), Milan Malpensa (Eurofly) and Paris (Air France), while South African Airways serves New York and Washington. Turkish Airlines uses the airport as a stopping-off point for its recently introduced services from Istanbul to Sao Paulo in Brazil.

Ryanair’s 41st base is Malta; just one aircraft to be based there 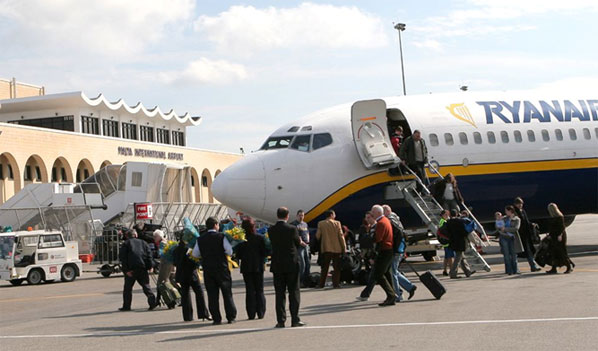 Here’s a base Ryanair prepared earlier (just add one aircraft). 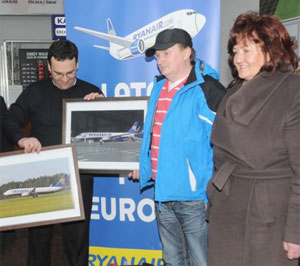 Meanwhile we are delighted to publish news of the celebration of Ryanair's 1 millionth passenger in Lodz – Tomasz Brzakowski – commemorated last Thursday with the presentation by Ryanair's Laszlo Tamas of these magnificent 'his' and 'hers' framed pictures of the airline's beloved 737-800s.

Ryanair announced that Malta Luqa Airport would become its 41st base in May with the decision to base a single 737-800 at the airport. This will enable the airline to start six new routes (between 18 May and 21 May) to Billund, Bologna, Krakow, Marseille, Seville and Valencia. All of these new routes will operate with two weekly flights apart from Valencia (three weekly flights) and Bologna (four weekly flights). This brings to 19 the number of destinations served during the summer by Ryanair from Malta. Air Malta is still the dominant carrier at the airport with 34 destinations this summer. Of the six new routes Bologna and Marseille are already served by Air Malta.

American Eagle tees up more routes from Dallas/Fort Worth 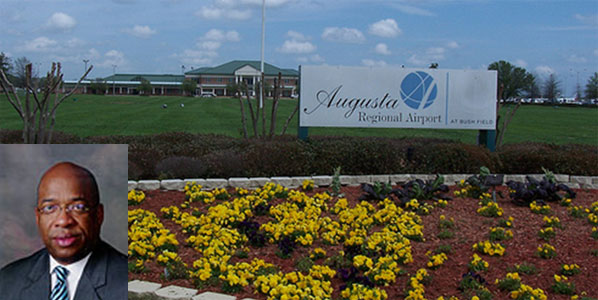 The grass at Augusta Regional is good enough to hold the Masters in its own yard. It will be easier for fans to get there too according to Augusta Aviation Chairman Karlton Howard: “This will provide travellers from the Central Savannah River Area with convenient connections from Augusta to the American Airlines global network, through its largest hub.”

American Airlines announced this week that American Eagle would start two new services from its main base at Dallas/Fort Worth. Starting 10 June there will be double-daily flights to Fayetteville (in North Carolina) and Augusta (Georgia), famous as the home of the annual US Masters golf tournament. Fayetteville will be served with smaller ERJ-140s while Augusta gets the slightly larger ERJ-145s. “American Eagle is delighted to introduce service from Dallas/Fort Worth to Augusta, home of the Augusta National Golf Club and legendary Masters Golf Tournament – as well as the US Army Signal Center and Fort Gordon,” said Gary Foss, Vice President, Planning and Marketing for the AA Regional Network. “We are thrilled that American Eagle has chosen to serve the Augusta Regional Airport by adding non-stop service to Dallas/Fort Worth,” said Augusta Aviation Chairman Karlton Howard. “This will provide travellers from the Central Savannah River Area with convenient connections from Augusta to the American Airlines global network, through its largest hub.”

For an up to date list of all the new routes being started by US airlines in 2010 click here. 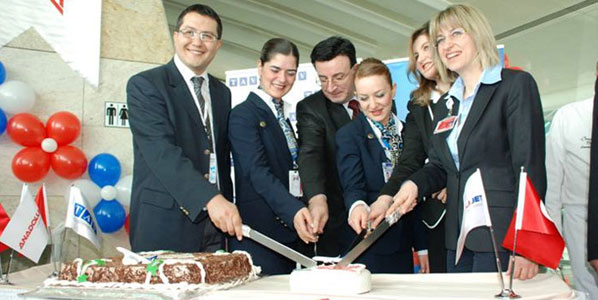 AnadoluJet is also anna.aero’s Cake of the Week for its new historic Ankara-Damascus service which now links the neighbouring capitals.

AnadoluJet, the low-cost subsidiary of Turkish Airlines based in Ankara, is to start serving Bursa (from 2 April) and Denizli (from 14 March). The airline currently operates six 737-700s (with 149 seats) and three 737-800s (with 189 seats). While Ankara airport handled 6.1 million passengers in 2009 (+6.9%), Bursa-Yenisehir airport handled just 74,114 while Cardak-Denizli saw 151,111 passengers pass through its terminal last year.