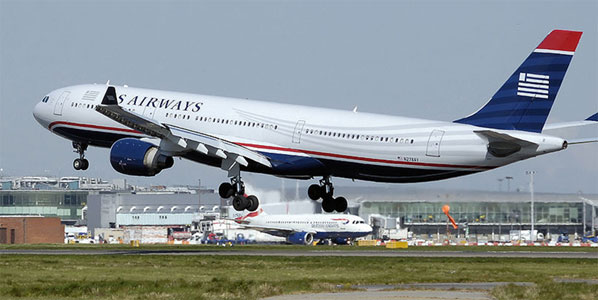 After the excitement of 2008, when routes between London Heathrow and the US were finally fully liberalised, allowing several US carriers to switch their flights from London Gatwick (assuming they could obtain the necessary slots), last year saw a consolidation on US routes from the UK and a fall in passenger numbers of 10% to 16.3 million. This was the lowest level since 1997 and a long way short of the 20 million which the growth in the market during the late 90s would have suggested should have been reached long ago. 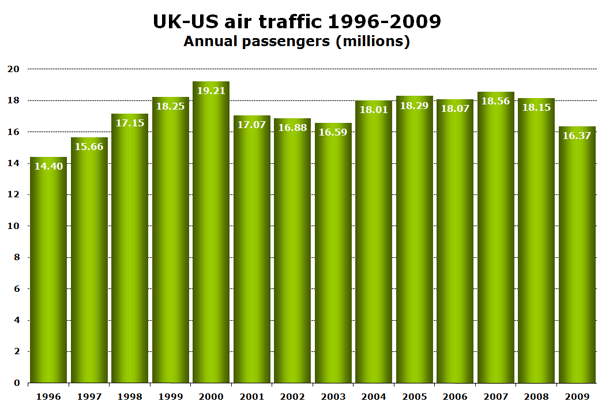 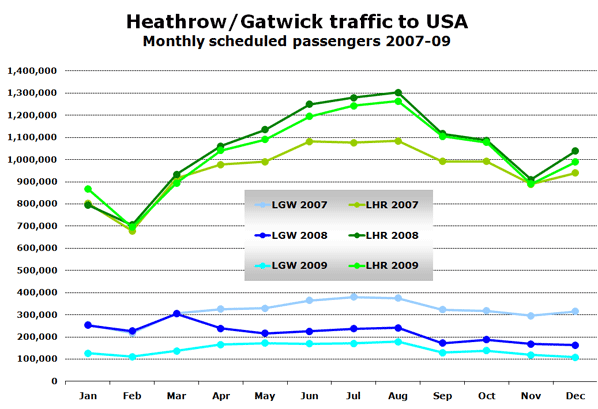 Looking at individual months, when traffic is combined across both airports (Gatwick and Heathrow) and compared with 2007, traffic was down by more than 10% in four months; February (-10.0%), March (-15.7%), November (-14.8%) and December (-12.5%). February and March were impacted by the leap year in 2008 and the shift in Easter respectively, but the most recent figures for November and December suggest the UK-US market is still deteriorating in terms of pure demand.

All carriers cutting capacity; Virgin to resume Chicago service in May

A year-on-year comparison of seat capacity for February reveals that all seven UK and US carriers have cut capacity in February 2010 relative to 2009. In terms of individual routes, there have been few network changes, though Virgin Atlantic no longer operates its Chicago route year round. According to its on-line booking tool, its daily Chicago service will resume on 27 May. 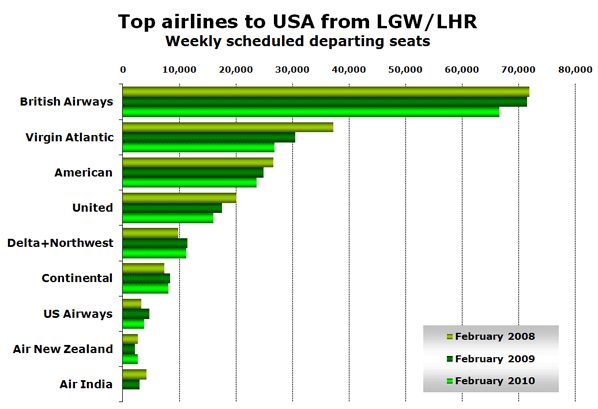