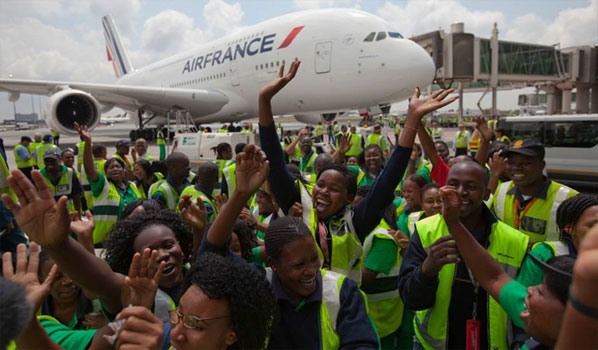 Thrilled to receive the superjumbo in South Africa: When Air France received its second A380 in February, the airline began using it on flights to Johannesburg, to the ground staff’s great pleasure. The people around the lady in the foreground were so happy that they (accidentally?) knocked her glasses off.

After the slow January delivery month, which was affected by the December holidays, aircraft deliveries were again up in February, amounting to 75 for the two major manufacturers Airbus and Boeing. The European consortium remains in the lead for 2010, again delivering one aircraft more than its American competitor. 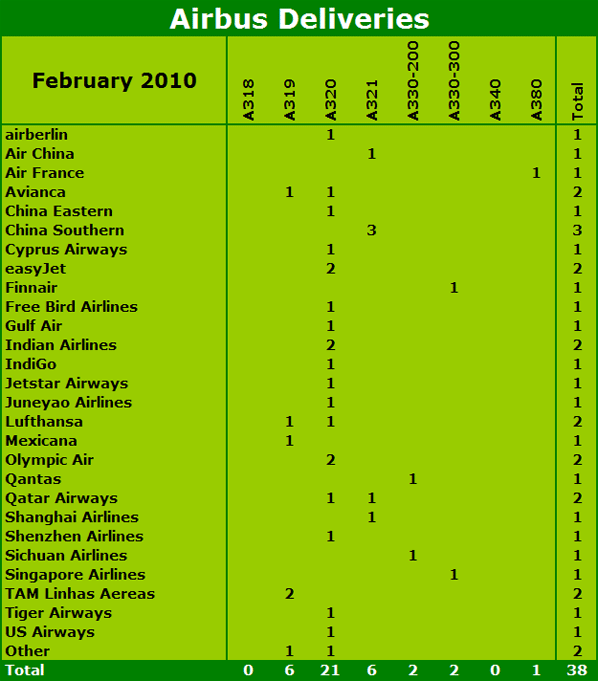 China Southern is the airline that singlehandedly took delivery of the most Airbus aircraft during February, having had three A321s delivered.

Among the manufacturer’s wide-body aircraft, the twin-engine A330 family was the most popular, with four aircraft delivered in total, while Air France saw the delivery of its second A380 superjumbo. Sichuan Airlines received one A330-200, which notably is the airline’s first wide-body aircraft. The aircraft was delivered in time for the increased demand around the Chinese New Year, making it ideal on the airline’s thickest domestic routes. 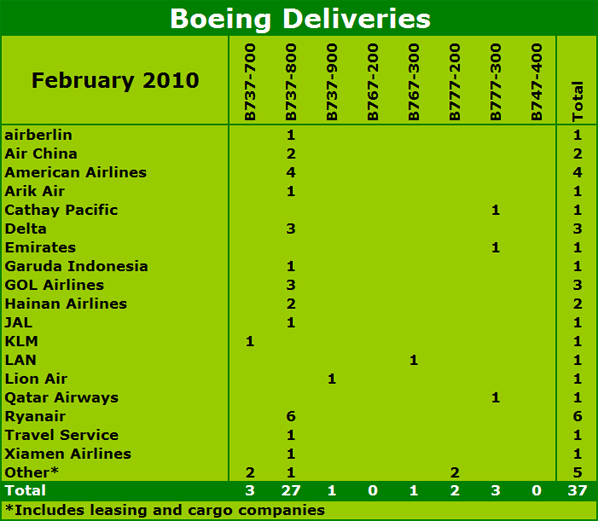 As usual, Ryanair is the airline to have received the most Boeing aircraft. During February, it had six 737-800s delivered. American Airlines follows with four of the same aircraft, while Delta and GOL each took three of the type.

Lion Air of Indonesia continued its fleet rejuvenation programme by introducing yet another 737-900ER, for which it was the launch customer. The airline, which has highly ambitious growth plans, has an entire 150 further aircraft of the type on order.

Cathay Pacific, Emirates and Qatar Airways each received a new 777, while LAN brought a 767 down to South America.