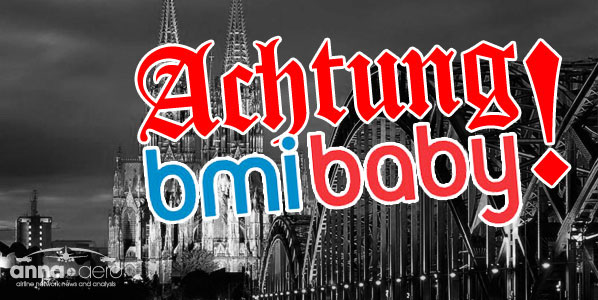 Cologne/Bonn – a new destination for bmibaby – it will begin six-times weekly flights from both Birmingham and East Midlands from the end of October.

bmibaby, the low-cost subsidiary of Lufthansa-owned bmi British Midland, is starting and re-restarting several new routes to Germany this autumn. It will re-launch services from Cardiff (four times weekly) and East Midlands (three times weekly) to Munich, both of which the airline operated way back in 2002/03.

Cologne/Bonn is a new destination for the airline and it will begin six-times weekly flights from both Birmingham and East Midlands from the end of October. The East Midlands to Cologne/Bonn route was previously served by easyJet between June 2004 and January 2008 and generated annual passenger numbers of over 80,000. In February 2008 bmi regional took over the route but appears to have dropped it at some point in September 2009 having cut back the number of weekly flights from six to three. The Birmingham – Cologne/Bonn route has previously been operated by germanwings (between April 2005 and March 2006) and hlx/TUIfly.com (between May 2006 and January 2008). 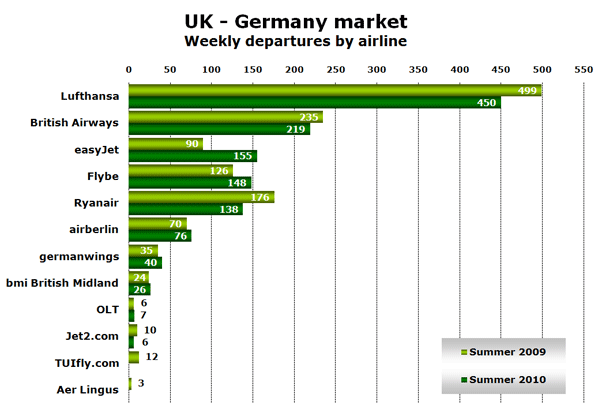 Lufthansa is the leading airline between the two countries with over one-third of all flights, twice as many as British Airways. In the last year easyJet has increased the number of weekly flights from 90 to 155 thanks to new services from London Gatwick to both Düsseldorf and Hamburg, plus significant frequency increases between London Luton and Berlin, and London Gatwick and Munich. Ryanair in contrast has reduced the number of flights by 20% and the number of routes from 23 to 17 (dropping nine but adding three new ones).

Virgin Blue to take on Qantas on Ayers Rock route 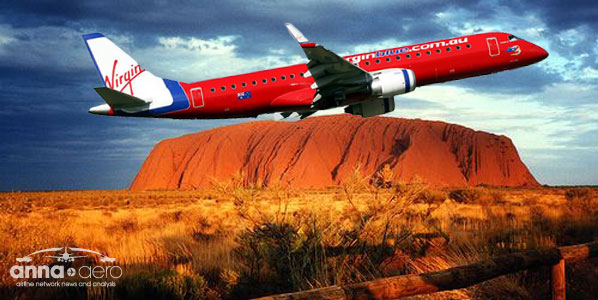 Virgin Blue will offer daily flights between Sydney and Ayers Rock from 2 August - operating the route in direct competition with Qantas.

Virgin Blue has announced plans to give Qantas some competition on the route between Sydney and Ayers Rock. From 2 August Virgin Blue will offer daily flights using an Embraer E-190 with 104 seats. Chief Executive, Brett Godfrey, said, “Virgin Blue turns 10 in August and what better way to celebrate than with the launch of new services to the heart of Australia. The timing is right for us to launch a new route as we take delivery of a new E-Jet later this year and we looked at a number of options before deciding Ayers Rock (Uluru) was the ideal destination to commit our new resources to. The decision reflects our view regarding the importance of Ayers Rock (Uluru) to the tourism industry and indeed to visitors from our own backyard, as well as from all over the world, who flock to the rock each year to marvel at the natural landmark. We expect to find the only airline currently operating on the route will see fit to suddenly offer more reasonable fares. As the airline that introduced low fares to Australia ten years ago, we are excited to be expanding our route network to include Ayers Rock.” 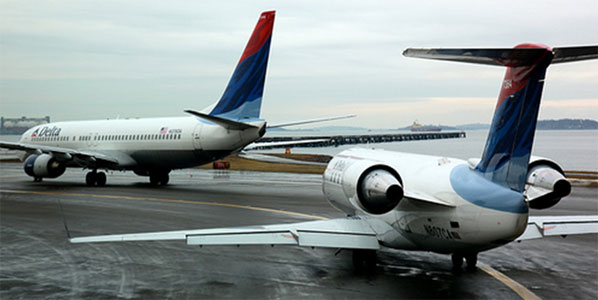 Delta will enter the LAX-San Francisco market using a mix of 737s and CRJ900s.

Two weeks ago we analysed the busiest airport-pairs in North America and revealed that Los Angeles – San Francisco came out top with just over 35,000 weekly one-way seats distributed across four airlines (American, Southwest, United and Virgin America). This week Delta revealed plans to start its own five-times daily service from 10 June using a mix of 737s and CRJ900s. American and Virgin America both operate six daily flights while Southwest and United both offer more than 10 daily flights. March 11, 2010: Avianova General Director, Vladimir Gorbunov, presents Russia’s self-proclaimed first budget airline to the travelling community of Ufa after the airline’s first flight from Moscow last week. The airline becomes the sole tenant at Moscow Sheremetyevo 1 when it moves from Vnukovo for the start of the summer season on March 28.

Avianova, which recently acquired its third A320, will begin connecting Moscow with Ekaterinburg (daily) and Ulyanovsk (three, then four times weekly) in April. These new flights will operate from Moscow Sheremetyevo airport. The fleet is expected to grow further with additional aircraft deliveries planned in April and May. There are already several carriers operating between Moscow and Ekaterinburg with S7, Transaero and Ural Airlines all operating daily from Domodedovo; Aeroflot and Nordavia from Sheremetyevo and SkyExpress from Vnukovo. 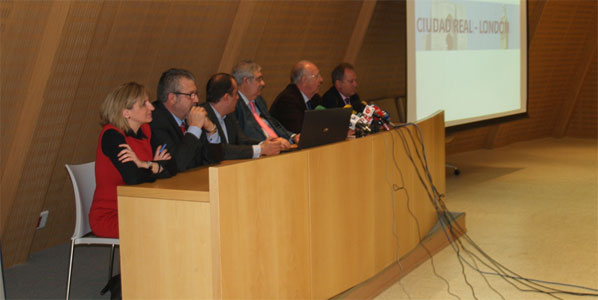 Ryanair will become the first airline to operate scheduled international flights to Ciudad Real in Spain when it begins three times weekly flights from London Stansted on 25 May. Ciudad Real’s only other scheduled service is currently operated by airberlin to Palma de Mallorca. The AVE high-speed rail service links the airport to downtown Madrid in just 50 minutes. Last year the airport, which has a 4,000 metre runway, handled 53,557 passengers. 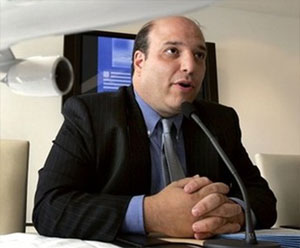 US Airways has announced four new routes starting this summer; two to Canada and two to Mexico. From Charlotte there will be daily flights to the Canadian capital Ottawa starting 31 May and using a CRJ200 operated by US Airways Express partner Air Wisconsin. From 5 June there will be new services to Los Cabos (five times weekly) and Puerto Vallarta (four times weekly) using A319s. Finally, the airline will launch three daily flights from Philadelphia to Halifax, again using Air Wisconsin CRJ200s. US Airways already serves Montreal, Ottawa and Toronto with multiple daily flights from Philadelphia. US Airways Senior Vice President, Marketing and Planning, Andrew Nocella said, “The addition of these new routes means more choices and convenient access to the destinations our customers want when they fly with US. Our East Coast customers will now be able to reach Mexico’s sunny beaches and Canada’s majestic East Coast with one-stop service.”