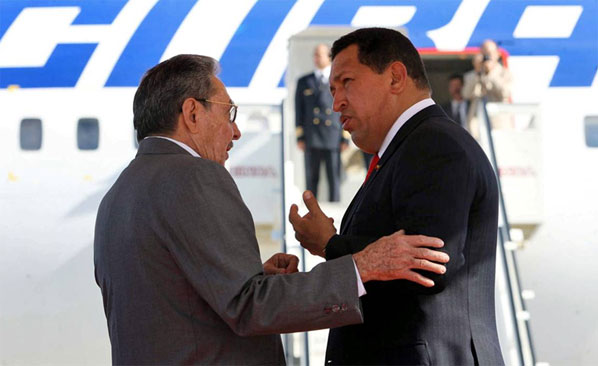 Venezuela may be featured more often in the media because of its charismatic and far from media shy president Hugo Chávez than for its aviation industry, but Caracas airport – named after Simón Bolívar, who fought for South America’s independence – has an interesting network which in part reflects the country’s political ties. 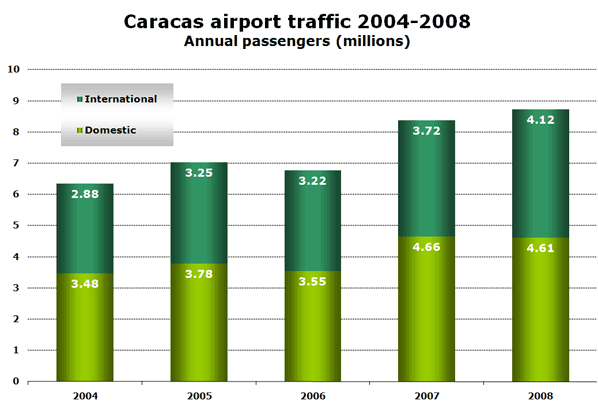 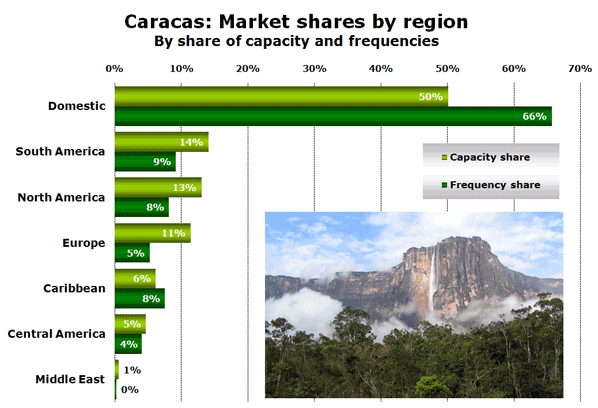 Similarly to the 2008 passenger numbers, half of current seat capacity is allocated to domestic flights in the vast and inaccessible country. Flights to other South American countries follow, led by flights to neighbour country Colombia. Although traffic to Argentina currently only consists of a weekly LAN flight from Chile among South American nations, President Hugo Chávez in December 2009 agreed with his Argentinean colleague Cristina Kirchner that the two state carriers Conviasa and Aerolineas Argentinas will increase the four weekly flights between Caracas and Buenos Aires that currently are operated by the latter airline to 14 weekly services, to be operated by both airlines.

Political links in the route network at Caracas can also be seen in the only two Middle Eastern destinations offered. Conviasa flies weekly to Tehran via Damascus in cooperation with IranAir and Syrian Air. Although Conviasa, founded in 2004, is Venezuela’s national carrier, its route network is limited, offering domestic flights as well as a few Caribbean and Middle Eastern destinations only. 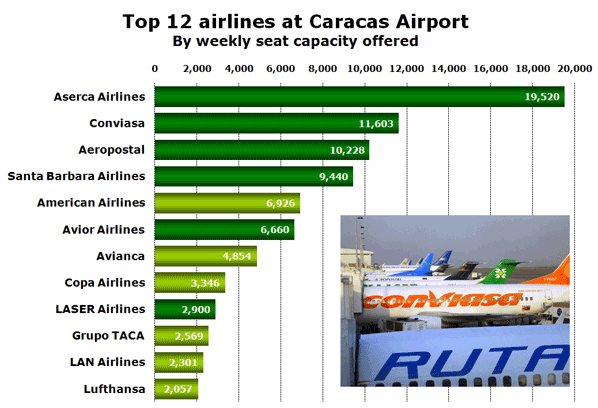 Local, Venezuelan airlines (dark green bars) have a firm hold of the Caracas market, being represented by an entire six different airlines in the airport’s top 12. With Santa Barbara Airlines being owned by Aserca Airlines, the private carrier’s lead over state-owned Conviasa is even greater if combining the two.

American Airlines is the leading foreign carrier, serving the airport from Miami four times daily as well as daily from San Juan in Puerto Rico, twice-weekly from New York JFK and weekly from Dallas/Fort Worth.

In the past year, two international routes have been launched to and from Caracas. Santa Barbara Airlines’ 13 weekly flights to Panama launched on 1 August, a month after Copa/AeroRepública’s launched three weekly flights from Cartagena in Colombia, having just dropped its Bogotá service.