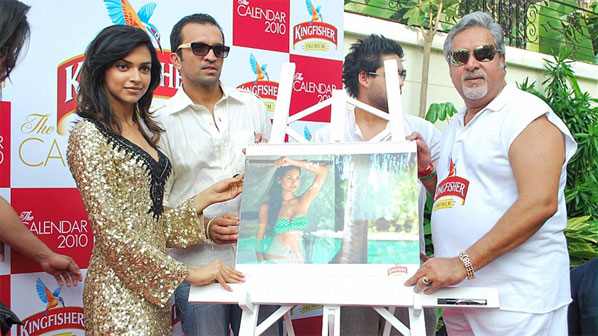 Kingfisher boss Vijay Mallya with his 2010 calendar which includes five summer dates for the launch of international services.

Kingfisher is the latest carrier to enter the Delhi – Dubai market. From 24 April it will launch daily flights using an A320. Air India, Indian Airlines and Jet Airways already operate daily flights while Emirates offers passengers a total of four daily flights. Kingfisher’s existing and soon to be launched international network consists of:

Within a month of the start of the summer season the airline plans to introduce five new international routes from Delhi and three from Mumbai, with Kathmandu the only new destination not already served from somewhere on the airline’s network. Kingfisher’s international expansion has not gone entirely smoothly. Last September it dropped international flights from Bangalore/Bengaluru to Colombo and London Heathrow. 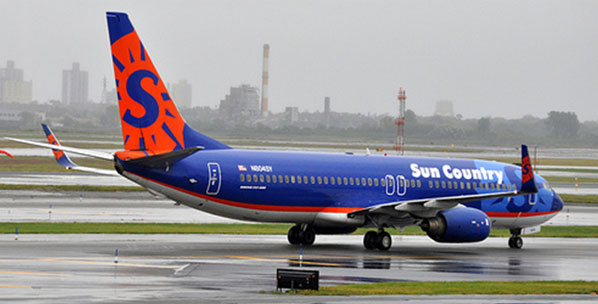 Now here’s something different. Minneapolis/St. Paul (MSP) based Sun Country Airlines is to launch a weekly seasonal service from its home base to London Stansted airport from 11 June until 15 August using a 737-800. This will require a re-fuelling stop in Gander (Canada). Flights depart MSP on Friday afternoon at 16:40 arriving in Stansted at 08:10 on Saturday morning. The return flights leave Stansted on Sundays at 12:00 and returns to MSP at 16:55 the same day. One way fares start from $399 plus taxes. London Stansted has had problems maintaining transatlantic services. Over the years American Airlines, eos and MaxJet have all tried non-stop flights to the US. As recently as the end of 2007 American Airlines was operating daily flights to New York JFK, eos was operating three daily flights to New York JFK and MaxJet was also serving JFK daily as well as Las Vegas with four weekly flights and Los Angeles with four weekly flights. Maxjet folded in December 2007, eos in April 2008 and American abandoned the airport (for a second time) in July 2008 having only (re-)started the route in October 2007.

airBaltic’s country of the week is … Sweden

airBaltic will use Fokker 50s for the new Swedish services, presumably freed up by the arrival of the Q400s. (View the anna.aero TV interview with airBaltic’s network planning boss Richard Roberts)

Having announced a raft of new routes involving Finnish airports a few weeks ago, airBaltic is now targeting Sweden for expansion. During the last week it has announced four new routes involving Swedish airports. From 1 June Stockholm Arlanda will be served five times weekly (Monday through Friday) from Tallinn in Estonia and Oulu in Finland. Lulea will be connected to Riga four times weekly from 2 June while Visby will be linked with Riga three times weekly from 4 June. All of these routes will be operated by the airline’s fleet of Fokker 50 aircraft.

Non-stop flights from London to Dresden to be resumed 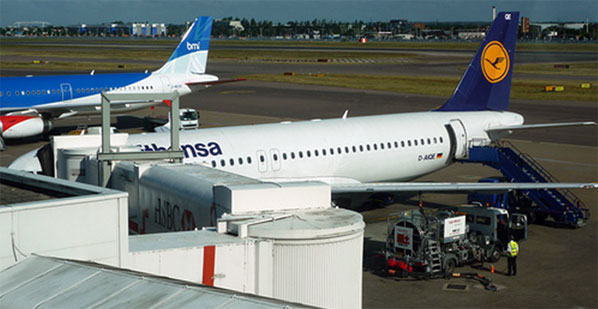 Lufthansa is doing more with bmi out of Heathrow – the Dresden service is new, although the Berlin/Tegel flights is already operated and is a Lufthansa-to-bmi re-brand.

Following last week’s story and analysis of the UK – Germany market comes news that Lufthansa plans to start daily flights between Dresden and London Heathrow using an A319 operated by its UK subsidiary bmi British Midland. anna.aero highlighted the lack of this service in our analysis of German regional airport routes. British Airways abandoned its route from London (Gatwick) at the end of October 2008 and since then there have been no direct services between the two cities. Meanwhile bmi announced that it would begin its own four-times daily service between London Heathrow and Berlin Tegel at the start of the summer season on 28 March. However, this is not the dramatic increase in capacity on the route that it appears as Lufthansa began operating the route three times daily one year ago using bmi’s A319s. Now bmi has added a daily flight and rebranded it as a bmi service with Lufthansa still selling it as a codeshare operation.

Romanian regional carrier Carpatair which has its main operating base at Timisoara is expanding its presence at the country’s main airport at Bucharest Otopeni. From mid-May it is adding new routes to Bologna, Milan Bergamo, Venice and Verona to complement its existing services to Ancona and Bari. All of these new routes will be operated by the airline’s growing fleet of Fokker 70s. Three additional Fokker 70s have been added to the airline’s fleet since last December. 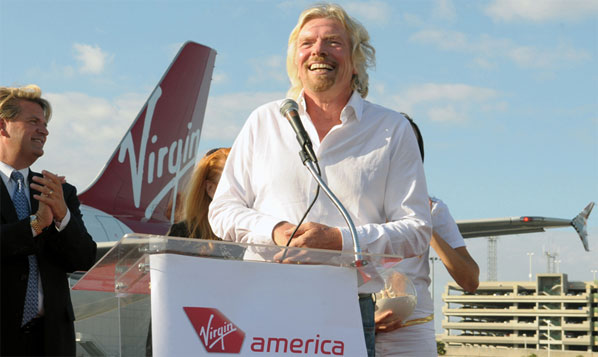 Virgin America is adding a second destination in Florida to its network starting on 19 August. The carrier has announced daily flights from both Los Angeles and San Francisco to Orlando to complement its existing Fort Lauderdale flights. Orlando thus becomes just the 11th airport served by the carrier. It has also announced plans to serve Toronto from both Los Angeles and San Francisco but is awaiting government approval for these services. If granted, these routes could start as soon as 1 June. However, to free up aircraft time for these new services, all flights between San Francisco and John Wayne Airport in Santa Ana, California will end on 26 May. The route is already served by Southwest and United who both operate over 40 weekly flights compared with Virgin America’s 27. 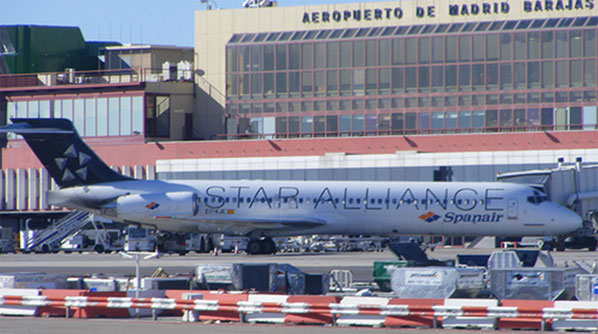 Spanair’s service to Birmingham resumes a link dropped by bmi in 2008.

Spanair announced four more new routes this week to bring to 15 the number of new international services it plans to launch in April and May. Birmingham is this week’s main beneficiary receiving non-stop service from both Barcelona (four times weekly) and Madrid (three times weekly). As highlighted in our analysis of EU services from UK regional airports Birmingham has been without a scheduled link to Madrid since bmibaby pulled the plug on the route at the end of October 2008. However, bmibaby does provide competition on the Barcelona route. 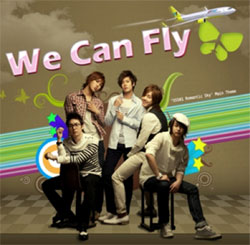 SS501’s single We Can Fly which is also the theme song for Jin Air: According to the lyrics: “There are so many other worlds, I want to know a little more, I want to see a little more”. Well get prepared to see Guam.

Korean Air’s low-cost subsidiary Jin Air has revealed its second international destination from Seoul Incheon airport. From Tuesday 20 April it will operate daily flights with a 737-800 to Guam, with flight LJ005 departing Seoul at 10:00 and arriving in Guam four and a half hours later. The return flight, LJ006, departs Guam at 16:30 and is scheduled to get back to Seoul at 20:20. Guam is an island in the western Pacific that is an unincorporated organised territory of the United States. The airport is the home base of Continental Micronesia which operates some 20 routes. In the year to September 2009 the airport handled 2.5 million passengers, down from 2.8 million in the previous year.

SAA’s low-cost subsidiary Mango has announced plans to add Bloemfontein to its Johannesburg-based network. From 12 April the airline will operate up to five weekly flights. SAA already operates over 50 weekly departures on the route.