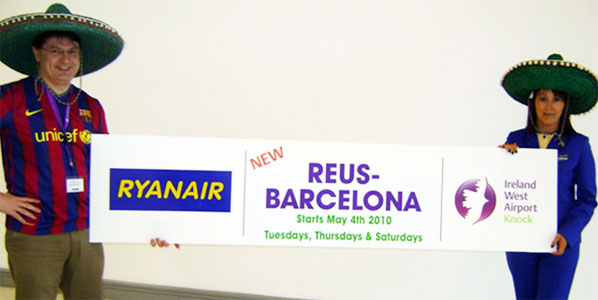 Ryanair began serving Reus Airport, located around 80 kilometres south-west of Barcelona’s El Prat airport, in November 2003 when services from London Stansted began. In 2004, flights were added from the airline’s bases in Dublin and Frankfurt Hahn, followed in 2005 by Liverpool and London Luton services. Glasgow Prestwick flights were added in 2006 and Birmingham flights in 2008.

In October 2008, the airport became a designated base for Ryanair, and by last summer a total of 22 destinations were being served from the airport. As a result the number of passengers handled by Ryanair at Reus jumped from around 600,000 in both 2007 and 2008 to just under 1.2 million in 2009. 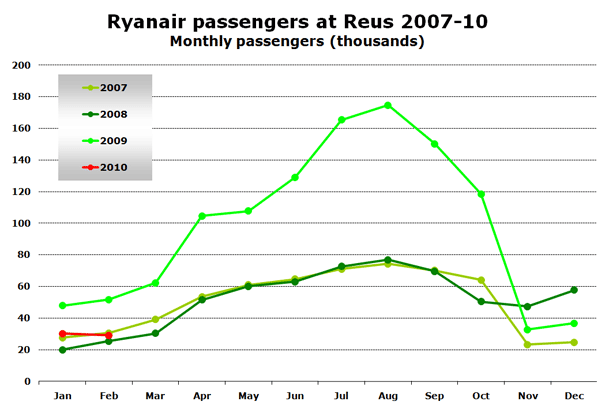 However, this winter, capacity has been cut back significantly and Ryanair’s passenger numbers are down around 35% compared with last winter as frequencies have been cut on many routes while others have been changed to summer only destinations. 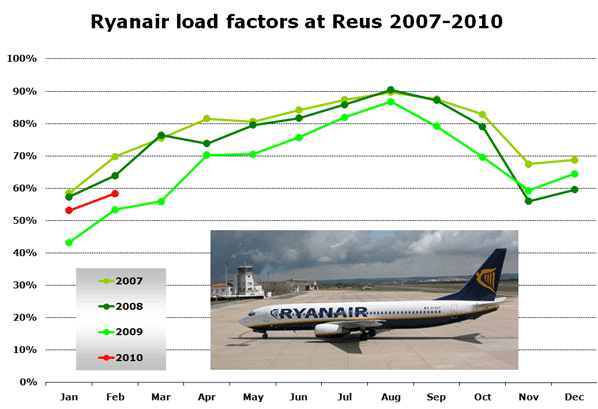 The rapid growth in capacity and the launch of so many new routes at the end of 2008 and in 2009 had a detrimental effect on the airline’s load factor at the airport. In January 2009 Ryanair’s load factor at the airport fell below 45%, an unusual state of affairs for the airline. The significant reduction in capacity this winter has helped boost load factors by between three and 10 percentage points between November 2009 and February 2010.

This summer, Ryanair will increase its network to 28 destinations from Reus with the addition of new routes to Cork, Knock, Krakow, Maastricht, Milan Bergamo, Pisa and Venice Treviso. Despite the increase in destinations served, the number of weekly flights appears to be down around 5% versus last summer. The only route that has definitely been dropped is from Bournemouth which was operated three times weekly last year.