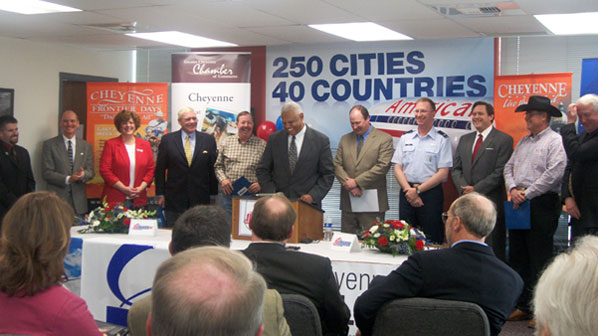 Dale Morris, Managing Director State and Community Affairs for American Eagle, flanked by community leaders, announces the launch of the new service from DFW to Cheyenne Regional Airport in Wyoming, beginning on 15 July. Flights will be operated with 44-seat ERJ-140s.

American Eagle Airlines will add Cheyenne in Wyoming to the list of destinations served from its Dallas/Fort Worth hub from 15 July when twice-daily flights using 44-seat Embraer ERJ-140s begin. “American Eagle is pleased to introduce service to Wyoming’s State capital from our largest hub in Dallas/Fort Worth, just in time for Cheyenne Frontier Days at the end of July, the largest outdoor rodeo in the world,” said Gary Foss, Vice President Planning and Marketing for the AA Regional Network. “These new routes are the result of a unique business partnership between American and the Wyoming Department of Transportation and the Cheyenne community, and we are grateful for their vision and support.” Cheyenne’s only other scheduled service is with Great Lakes Aviation to Denver, another major hub.

US Airways announced this week that it would be returning to Baton Rouge in Louisiana after a seven-year hiatus. Using partner PSA Airlines it will start operating three daily flights to its Charlotte hub from 24 June using 50-seat CRJ-200s. US Airways Director, Express Planning, Jason Reisinger, said: “We are pleased to give our customers the option to fly directly to Baton Rouge, the capital and second-largest city in Louisiana. Once launched, customers travelling from Baton Rouge will be able to connect to one of 128 domestic and international destinations through our Charlotte hub.” Baton Rouge’s scheduled services currently comprise American Eagle to Dallas/Fort Worth, Continental Express to Houston, and Delta Connection to both Atlanta and Memphis.

For a full list of all the new routes being planned by US carriers this year click here.

Vueling is responding to Spanair’s international expansion at Barcelona by launching competing flights. From 24 June Istanbul Sabiha Gökçen will be served four times weekly and Edinburgh will get three weekly flights. Spanair’s flights to both of these destinations begin on 4 May (daily) and 21 May (five times weekly) respectively. According to Vueling’s on-line booking tool the airline now operates to 41 destinations from its Barcelona base. It also announced a new three times weekly service from Valencia to Munich starting at the same time. This will be the airline’s first route to Munich and its only route to Germany this summer. Clickair, which merged with Vueling to create the new Vueling, used to operate to Berlin Tegel, Frankfurt and Munich though none of these routes operated last summer. 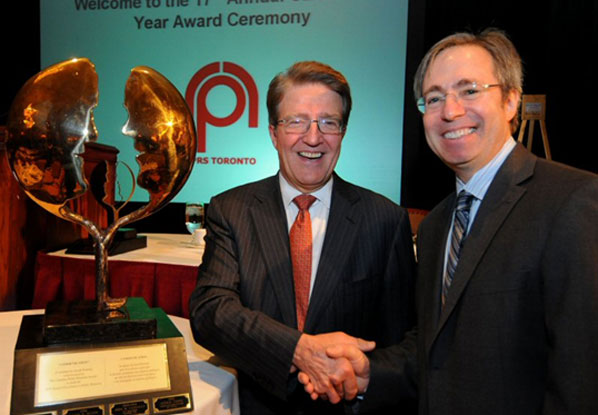 In January Porter’s President and CEO, Robert Deluce (left) received the Canadian Public Relations Society’s “CEO Award of Excellence in Public Relations”. CPRS president Martin Waxman (right) explained: “Mr Deluce has clearly exhibited excellence in key strategic communications areas – from creating and delivering on a vision for the company to effective and ethical communications with various stakeholders." Well done Robert and thanks from anna.aero– keep sending us the pictures.

Canadian Q400 operator Porter Airlines is adding Moncton in New Brunswick to its route network. From 25 June it will offer two daily flights from Moncton to Ottawa with onward connections to its home base at Billy Bishop Toronto City Airport. “Moncton is the third Atlantic region destination to be added to our expanding network,” said Robert Deluce, president and CEO of Porter Airlines. “Passengers will appreciate our focus on service-oriented, stress-free travel, including complimentary access to modern and comfortable passenger lounges in Ottawa and Toronto.” Also starting on 25 June is a new double-daily service between Montreal and Halifax. “This expansion directly connects two of our most popular destinations, Halifax and Montreal,” said Deluce. “Porter’s network has grown considerably in a relatively short time, but an equally important aspect of our growth is focused on offering additional travel options within the markets we already serve.” Air Canada (with eight daily flights) and WestJet (with a single daily flight) will also be operating between Montreal and Halifax this summer.

Belavia will soon serve all three Moscow airports plus Ekaterinburg Belavia at home at the rather imposing “Minsk-2” terminal.

Belavia, the national airline of Belarus, has announced the addition of two new further destinations from its base in Minsk. Despite already operating three daily flights to Moscow’s Sheremetyevo airport, and two daily flights to Moscow Domodedovo, it is now adding a daily flight to Moscow Vnukovo airport from 15 April using a CRJ. From 31 May the airline is also adding Ekaterinburg flights, twice-weekly using a 737-500. This summer will also see the airline add frequencies on routes to Baku, Berlin, Larnaca, Milan, Paris and Rome. Belavia is the dominant carrier at Minsk airport with around 70% of scheduled airline capacity at the start of the summer season. 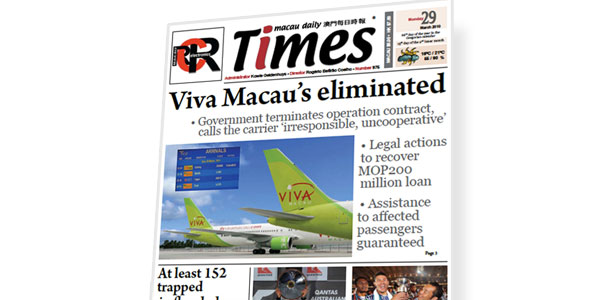 Viva Macau has ceased operating, at least for the moment, as a result of having its AOC revoked. The airline operated three 767s from its Macau base and was serving Hanoi, Ho Chi Minh City, Jakarta, Melbourne, Sydney and Tokyo with non-stop flights. Melbourne was added to the network just last December while Hanoi services started in mid-February. The airline was the fifth biggest at Macau accounting for around 8% of capacity, well behind Air Macau (32%), EVA Air (13%), TransAsia Airways (12%) and AirAsia (10%).

This time last year: Highland Airways joins the “Gaelic Rings” project – a shared marketing brand for air and ferry services linking the west coast highlands of Scotland: “A unique marriage of place and culture, lands and physical connections formed down the years by the Gaelic language and culture” – now partially un-formed by Highland Airways’ administration.

Emirates to launch Manchester A380 services 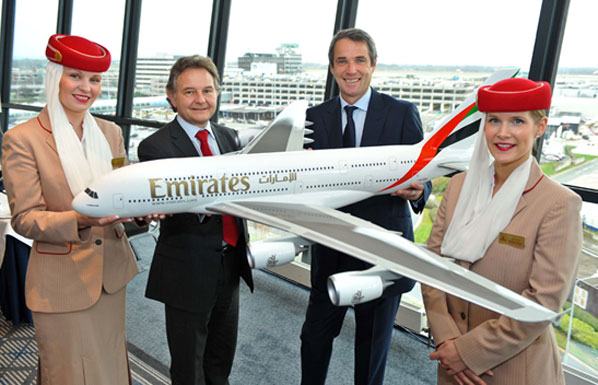 Emirates will make Manchester Airport the first regional base to host A380 services from 1 September. It will replace the existing 777 used on the daily service to Dubai, increasing capacity by 75 seats per day.

Tim Clark, Emirates President, said: “Manchester has been one of the strongest performers in our growing network of regional gateways, not only in the UK but globally as well. This is a groundbreaking announcement for the airport and its global standing.”

Manchester Airport has invested close to £10 million in upgrading the airfield and terminal to accommodate the A380. Airport managing director Andrew Cornish said: “The A380 is as iconic as Concorde and her introduction into Manchester by one of our most important carriers, Emirates, will provide a daily reminder that regional airports can support successful long-haul services. We look forward to welcoming the Emirates A380 in September.” Singapore Airlines launched A380 services on its Singapore-Zurich route on 28 March – Zurich becoming the third A380 destination in Europe after London Heathrow and Paris CDG. The daily A380 service replaces the 12 weekly flights previously operated with the 777-300ER.