This week saw the start of several new routes: from Riga and Lappeenranta to Kuusamo (in northeast Finland), Riga to Vaasa (Finland), Tallinn to Tampere (Finland) and Vilnius to Hamburg – a service warmly welcomed back to the  Hanseatic city, having previously operated until October 2008.

One of the more amazing airline stories of recent years has been the development of Latvian-based airBaltic, which in the last three years has seen passenger numbers almost double from 1.42 million in 2006 to 2.76 million in 2009 while also evolving from a point-to-point carrier into a hub-and-spoke carrier, and losing SAS as a major shareholder. As a result the airline has won the prestigious Gold Award for 2009/2010 from ERA (European Regions Airline Association) and the Phoenix Award from US publication Air Transport World.

According to the airline it will operate over 100 routes this summer including 80 from its home base at Riga airport. Total passenger numbers in January were up 12% (20% in Riga) and 27% in February (33% at Riga) despite the on-going problems with the Latvian economy which saw an 18% drop in GDP in 2009. The airline’s fleet currently consists of two 757s, 18 737s, 11 Fokker 50s and the first of eight new Q400s. As of the beginning of April airBaltic operates to 57 airports across Europe, Russia, CIS and the Middle East with 34 of these airports receiving at least a daily service. 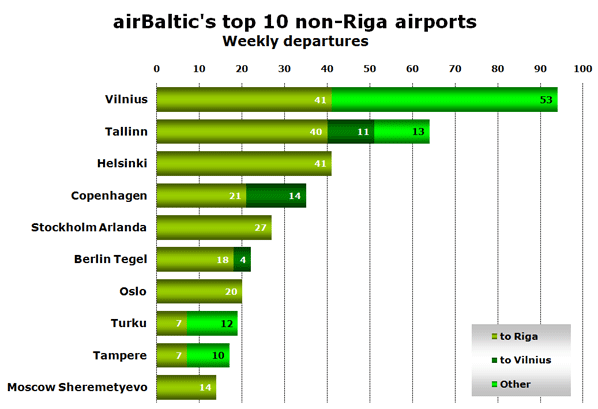 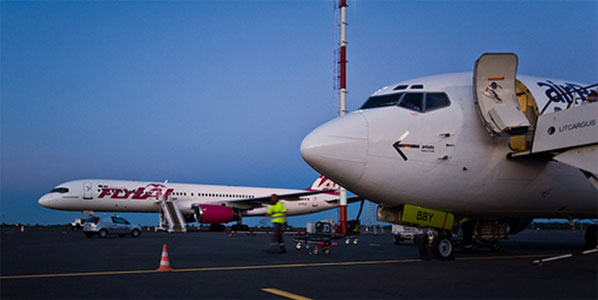 Making up for the demise of flylal one year on: Although still focused on Riga, airBaltic currently links Vilnius, capital of its southerly neighbour Lithuania, with 11 destinations, adding Oslo Gardermoen in May.

Riga still dominates the airline’s network with some 475 weekly departures followed by Vilnius, Tallinn and Helsinki. airBaltic currently links Vilnius with 11 destinations in nine countries helping the airport to compensate for the loss of flylal services at the beginning of 2009. Oslo Gardermoen service resumes in May raising the network to 12. However, during the summer of 2007 airBaltic served 19 destinations from Vilnius but this was dramatically cut back to just three routes (Copenhagen, Riga and Tallinn) during the summer of 2009, although since December the airline has re-instated eight former routes.

This week saw the start of several new routes; from Riga and Lappeenranta to Kuusamo (in Finland), Riga to Vaasa (Finland), Tallinn to Tampere (Finland) and Vilnius to Hamburg. All of these routes are operated three times weekly using the airline’s Fokker 50s. Tero Taskila, Chief Commercial Officer of airBaltic, said: “To meet the growing demand of passengers for travel at attractive prices, airBaltic has extended the network, added flights on high-demand routes, and has significantly improved connections over its North Hub Riga to/from Europe, Scandinavia, Russia, CIS and the Middle East.”

More new routes in May and June (but not Tehran) 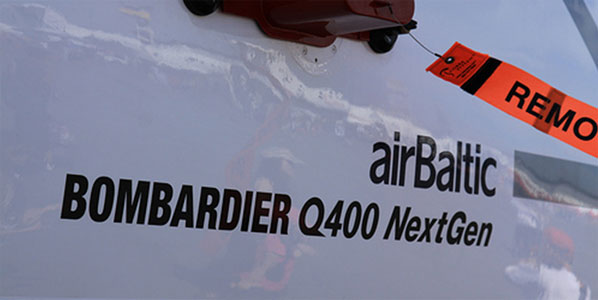 Curiously the “NextGen” routes tend to be operated with existing F50 equipment with the Q400s now arriving being deployed to existing services.

Not content with growing in Latvia the airline is now expanding its operation in nearby Lithuania (Vilnius), Estonia (Tallinn) and Sweden (Stockholm Arlanda) as well as adding several routes to airports in Finland. The following new routes have been confirmed by the airline as starting between the beginning of May and the beginning of July.

A three times weekly service to Tehran was announced as starting on 8 June but this was quickly withdrawn with the airline making no official comment as to what influenced its apparent change of heart.