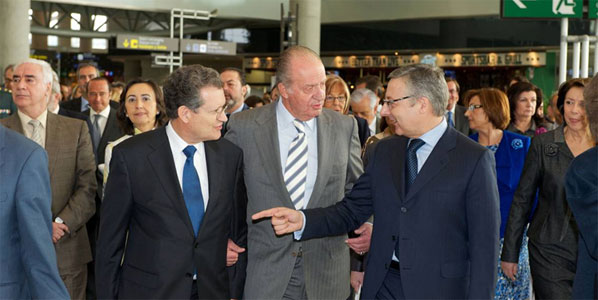 At the inauguration of Malaga Airport’s new Terminal 3, the Spanish minister of transport, José Blanco López, (right) points out to king Juan Carlos (centre) how AENA’s president Juan Ignacio Lema Devesa (left) is to be thanked for the spectacular building, which more than doubles airport capacity.

Malaga’s Pablo Ruiz Picasso Airport, serving the Spanish south coast, has just seen the seasonal restart of many of its summer-only routes – as well as featuring with six new routes during anna.aero’s last two reports of route launches. 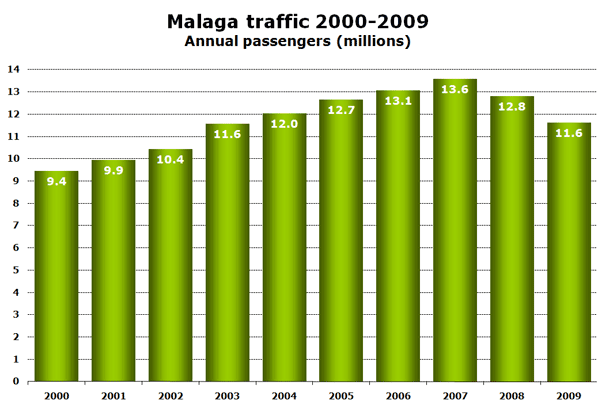 The airport experienced a 14% decline in passenger numbers over the last two years, as discretionary leisure travel has taken a slump. Still, the airport has been operating over or nearly at its 12 million annual passenger capacity since 2003. Only last month, the airport opened its brand new third terminal, which more than doubled capacity to 30 million passengers or 9,000 an hour, giving the airport plenty of room for growth. 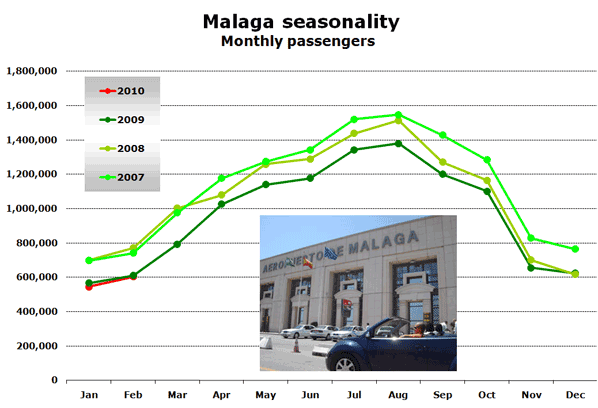 Although the airport traffic is highly seasonal, with peak summer traffic 2.4 times as high as in winter, the season lasts relatively long, with over a million passengers for at least seven months a year. 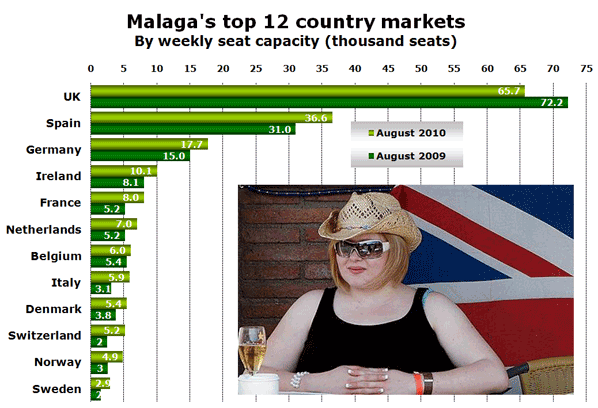 The split between the top country markets serving Malaga largely resembles that of Alicante. The UK market hugely dominates, with the German market almost only a quarter of its size, leaving room to grow.

The UK market has, however, declined by 9% since last summer. Among the top 12 country markets, it is the only one for which capacity has fallen. The country markets experiencing the greatest increase are Switzerland, Italy, Sweden and Norway, all reporting amazing year-on-year growth in the 85-110% range. 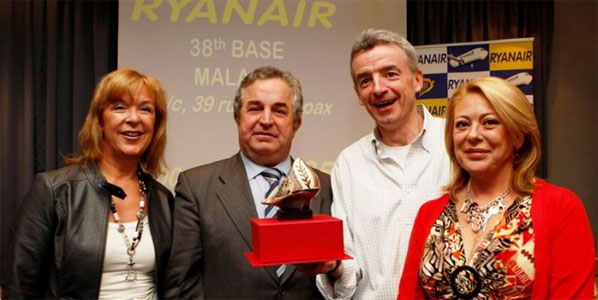 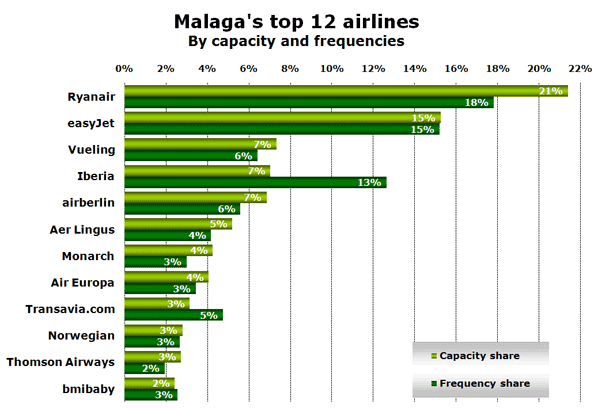 Ryanair, which will launch a Malaga base in June this year and nearly double its number of routes at the airport, will thus grow to become the leading carrier in Malaga this summer. It can be presumed that the suddenly available spare airport capacity enticed the airport to strike some kind of deal with the Irish giant.