flydubai adds Afghanistan and another Egyptian city to its growing network 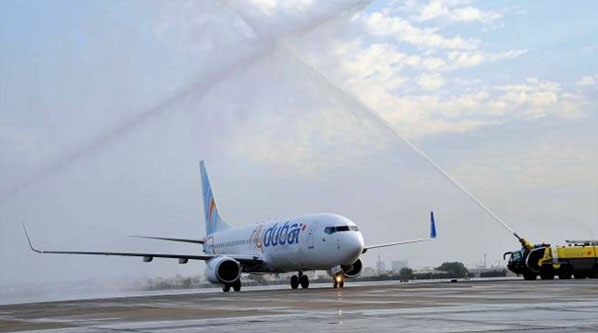 Hot on the heels of last week’s announcement of new routes to Assiut and Istanbul, flydubai has now revealed plans to add Kabul and Luxor to its network. Kabul will be served five times weekly from 17 May and Luxor three times weekly from 19 May. According to OAG data the Kabul – Dubai route is already served daily by Ariana Afghan Airlines, Kam Air, Pamir Air and Safi Airways. Ghaith al Ghaith, CEO of flydubai, said: “Again these routes are a combination of the two different types of destinations we were set up to serve – those which have very few direct links to the UAE and those which are already popular routes but would benefit from having an additional low cost option. Kabul and Luxor are both fascinating places. Luxor boasts some of the most incredible historical sights on the planet, such as the Valley of the Kings and the Temple of Karnak. Kabul is going through a very turbulent time, but providing air links on a quality airline flying the newest, safest aircraft in the industry will ensure the brave people working to secure and develop the country will have a safe, comfortable and affordable travel option.” 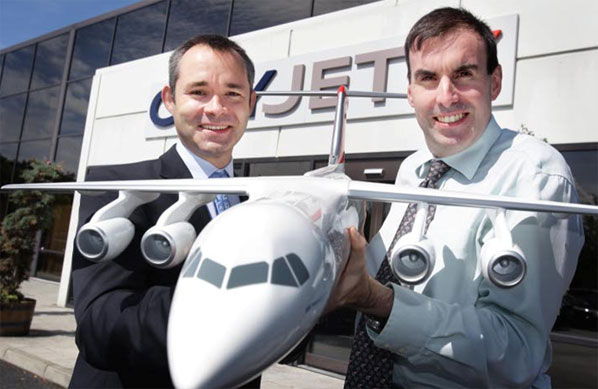 Patrick Edmond, GM commercial CityJet: Like Ryanair the Air France affiliate is Irish domiciled, but has a dominant business-focus.

Back in 2006 Ryanair planned to start flying three times weekly between London Stansted and Deauville in Normandy. Apparently the locals protested that this would bring the wrong sort of people to their region and the start date was put back to 1 March 2007. Then on 7 February 2007 Ryanair announced that it was not going to start the route after all. Now, over three years later, Air France through its affiliate CityJet (also an Irish airline) plans to start four weekly flights from London City using a Fokker 50 starting on 24 June. Commercial passenger numbers at Deauville airport have grown from 42,000 in 2005 to 91,000 in 2008 before falling 5% last year. All of this traffic is international charter traffic primarily to Mediterranean coastal destinations. CityJet has also announced plans to operate three weekly flights during the summer from London City to Brive (in the Limousin region of France), using an Avro RJ85. The airport, which only has a 1,400 metre runway, is currently served by Airlinair which operates three daily flights to Paris Orly using at ATR42. 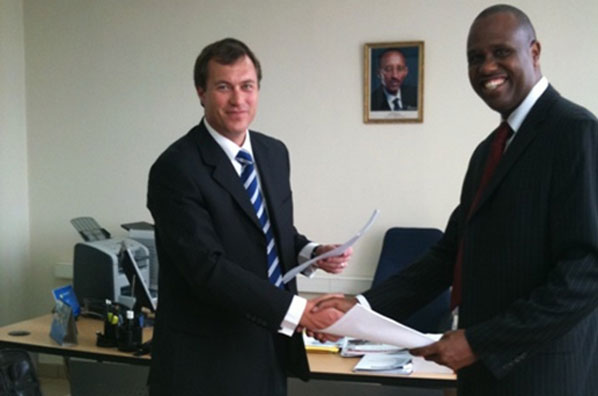 Ryan Barrett, VP GECAS, and John Mirenge, Chairman and Acting CEO RwandAir, sign the agreement for the 737-500s likely to be used on the Johannesburg route – other upcoming destinations include Dar-Es-Salaam and Goma in the DR Congo.

The national carrier of the small Central African state of Rwanda has announced an agreement with GECAS to lease two 737-500s in May and July this year. According to OAG data RwandAir currently operates to Bujumbura (Burundi), Entebbe (Uganda), Johannesburg (South Africa), Kilimanjaro (Tanzania) and Nairobi (Kenya) using two 50-seat CRJ 200s. The 737s will likely be used on the Johannesburg route. According to the airline’s website upcoming destinations include Dar-Es-Salaam (Tanzania) and Goma (Democratic Republic of Congo). A codeshare agreement with Brussels Airlines enables the airline to offer seats to Brussels (via Entebbe).

According to OAG data Baghdad is now handling around 90 scheduled departures per week, up almost 50% on a year ago.

Etihad unveiled plans this week to become the first carrier from the United Arab Emirates to serve Iraq. Subject to government and regulatory approvals the airline will begin serving Baghdad from Abu Dhabi five-times weekly starting on 26 April. From 1 June Erbil will also be served with two weekly flights. Both routes will be served using a two-class A320. James Hogan, Etihad Airways Chief Executive, said: “We are committed to building and strengthening ties in our region and we are pleased that Etihad will be the first airline in the UAE to fly to Iraq. We expect to see strong demand on these routes, particularly from government and business travellers, as well as people from Iraq visiting family and friends around the world. We launched a cargo operation to Baghdad in September 2009, and have recently commenced additional cargo flights to Erbil, which we expect will perform well for Etihad. We are grateful to the UAE General Civil Aviation Authority and the Iraq Civil Aviation Authority for their support, which has enabled us to move forward with these important new services.”

According to OAG data Baghdad airport is now handling around 90 scheduled departures per week, up almost 50% on a year ago. New routes launched (or possibly re-started) during the last 12 months include Royal Jordanian to Amman, Viking Hellas to Athens (and on to Manchester), Bahrain Air and Gulf Air to Bahrain, Middle East Airlines to Beirut and US-based Gryphon Airways to Kuwait and Najaf.

Virgin America, which last month announced plans to serve Toronto from both Los Angeles and San Francisco , has today confirmed that daily services will begin on 23 June. “Toronto is one of the largest cities in North America and a world-class travel destination – with strong ties to California – most notably in the entertainment and high-tech sectors,” said Virgin America President and CEO David Cush.  “Our unique in-flight experience will be a perfect match for the diverse, tech-savvy flyers along the routes and we can’t wait to start welcoming them.” Air Canada already operates both routes with three daily flights while American operates the Los Angeles route (daily) and United the San Francisco route (also daily).