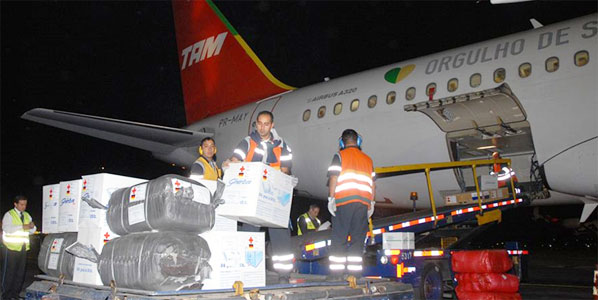 In spite of its record deliveries in March, Airbus also had time to devote itself to Airbus Foundation. After the earthquake in Chile, the manufacturer organised humanitarian aid transport from Hamburg, where the Red Cross and Chilean General Consulate had collected hygienic supplies, blankets and plastic water canisters. The supplies were loaded onto a TAM aircraft and handled by LAN staff on arrival in Chile.

During this year’s third month, Airbus took a firm lead over Boeing in deliveries. Although the two aircraft manufacturers now have delivered about the same number of wide-bodied aircraft (Boeing one more than Airbus), the European manufacturer clearly leads the narrow-body delivery league with 100 against 86 aircraft delivered.

97 delivered aircraft by both companies in March is not only a record for the month of March since anna.aero began monitoring aircraft deliveries at the beginning of 2008, but the highest number of aircraft delivered in any month except for December. 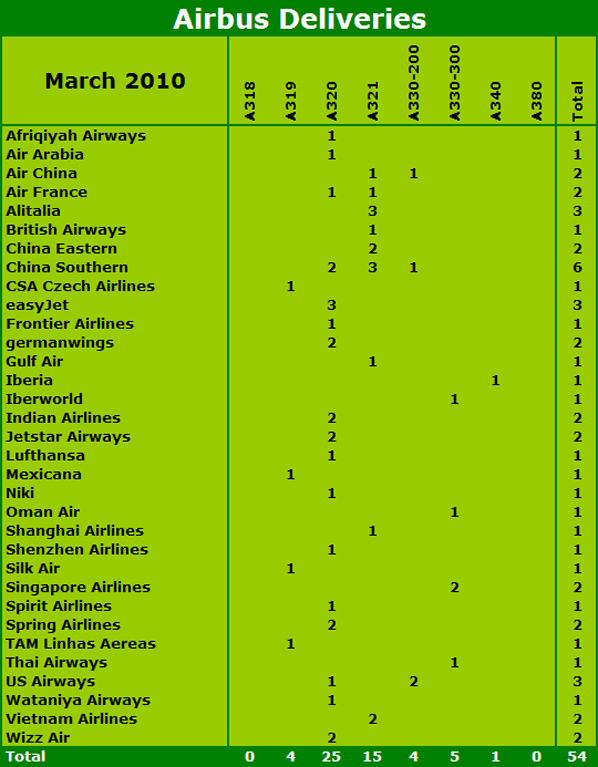 Notably, no A380 was delivered during March. Airbus only delivered one four-engined aircraft, an A340-600 to Iberia, while the remaining wide-body deliveries were all from the A330 family.

China Southern received a staggering six aircraft, both an A330-200 and A320 family aircraft. Other airlines to receive both narrow-bodies and wide-bodies during March were Air China and US Airways. 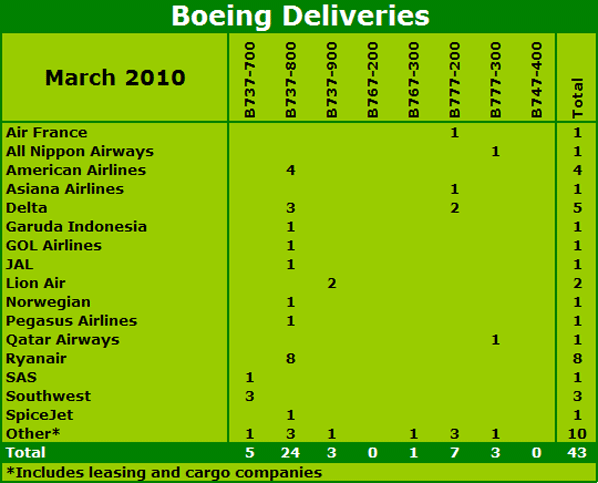 Boeing deliveries, although 11 fewer than from rival Airbus, followed the usual pattern of Ryanair being the main recipient. Eight 737-800s were delivered to the Irish LCC. Other major deliveries were to Delta and American Airlines. Notably, Scandinavian Airlines (SAS) took another 737-700 as part of rejuvenating its large fleet of MD80s.