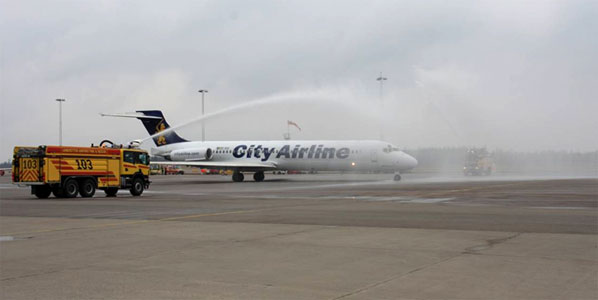 City Airlines’ recently launched Mediterranean routes continue, supported by the local Gothenburg catchment area and the airline’s regional feed, while plans for short, domestic feeder services and the Riga route will not be realised.

City Airline, the Gothenburg-based airline that recently was analysed by anna.aero, will not go ahead with its plans to launch a domestic feeder network. As the airline has been hit hard by costs associated with the shut European airspace due to the recent volcanic ash situation, the planned route to Riga has also been abandoned. At the same time, the company founder has decided to instantly sell the airline to four members of the management team, including CEO Jimmie Bergqvist.

Nas Air, the Saudi Arabian equivalent of jetBlue (it operates a mix of A320s and Embraer E190s) is expanding its international network. Between 1 May and 1 July the airline appears to be starting 10 new routes, though not all details have yet been finalised. Aleppo (Syria), Khartoum (Sudan), Latakia (Syria) and Sharm El-Sheikh (Egypt) will all be served non-stop from both Jeddah and Riyadh, while the airline’s first Indian destinations of Calicut and Kochi will be served from just Riyadh.

According to the airline’s route map, Delhi and Mumbai would appear to be the next targets for international growth. Nas Air was launched on 17 February 2007 and is advertising the fact that it has carried three million passengers in three years. 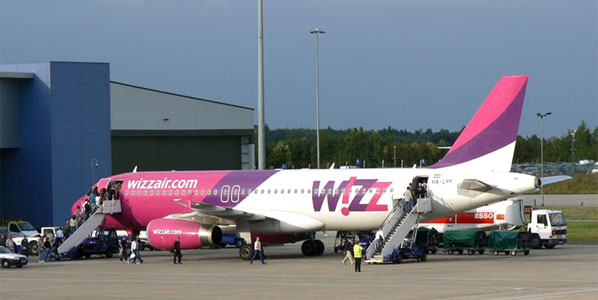 London Luton is already Wizz Air’s busiest airport and the airline’s further three destinations along the Adriatic Sea this summer bring its offering to 20 destinations.

London Luton, which is already Wizz Air’s busiest airport in terms of weekly flights, though not technically a base, will soon be connected to three new destinations by the low-cost carrier headquartered in both Budapest and Geneva. From the middle of June, there will be new summer routes to Split (four times weekly), Dubrovnik (three times weekly) and Venice Treviso (three times weekly). Wizz Air operated Luton to Split in both 2006 and 2007 but then suspended the route. This raises the number of destinations served by Wizz Air from London’s fourth biggest airport to 20. Competition from London on these routes is summarised below.

Also announced this week are two additional summer seasonal routes between Prague and Catania, and Cluj and Alicante. Both routes will start operating in July and will be served twice-weekly.

This week, JetBlue has confirmed the start date for its first flights from downtown Ronald Reagan Washington National airport. From 1 November, it will introduce seven daily flights to Boston and single daily flights to both Fort Lauderdale and Orlando in Florida. “JetBlue’s customer-centric approach to serving all three Capital-area airports focuses on fair fares, more choices and a conveniently-timed business-day schedule to Boston, now with 18 daily flights available,” said Robin Hayes, EVP and CCO of JetBlue. “As our customers have come to know, our preferred product delivers more value and more entertainment than the other guys, including a free first-checked bag, unlimited complimentary snacks and beverages, assigned leather seating with industry-leading legroom, and more than 140 channels of free, live television and radio programming. This is topped by our award-wining crewmembers, who make the enjoyable JetBlue Experience complete.” On the Boston route, the airline will compete head-to-head with American, Delta and US Airways, who all offer at least six daily departures. JetBlue already serves the Washington region from Boston with six daily flights to Washington Dulles (competing with United) and a further five to Baltimore/Washington (competing with AirTran and Southwest).

Also announced this week is a new daily service starting 18 November from Boston to Sarasota/Bradenton in Florida. 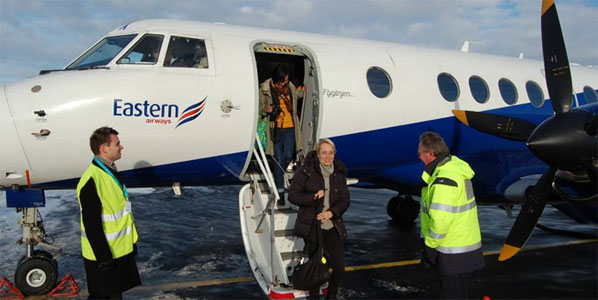 Flyglinjen is a casualty of the standstill that hit northern European airspace because of the threat of volcanic ash. Only in February, the virtual airline launched operations.

Flyglinjen, the Jönköping-based virtual airline that launched flights to Stockholm Bromma in February, has suspended operations. As the volcanic ash cloud put a strain on the company’s finances, one of the investors pulled out, resulting in the company being unable to pay the operator Eastern Airways to further fly on its behalf. Among the entrepreneurs that set up the company, there is still ambition to restart the airline once it has secured new financial backing. 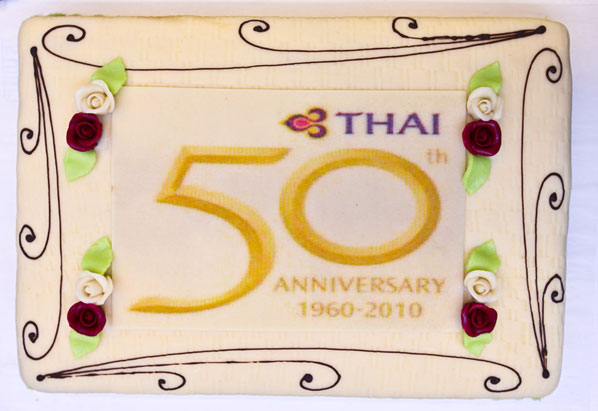 Thai Airways just became 50 years old and Copenhagen Airport decided to celebrate the airline with this cake, here on display for your admiration.