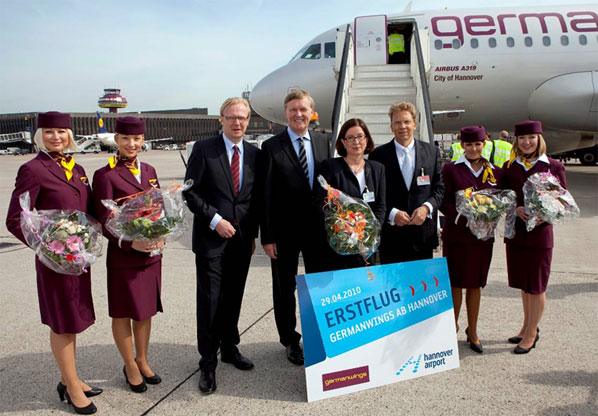 The decision by germanwings to make Hannover the airport’s sixth base in Germany (after Berlin Schönefeld, Cologne/Bonn, Dortmund, Hamburg and Stuttgart) makes sense as its controlling parent Lufthansa’s only presence at the airport consists of high frequency domestic routes feeding its Frankfurt and Munich hubs.

Hannover airport has struggled to generate increased demand in recent years, possibly due to an apparent reluctance or inability to entice Europe’s low-cost carriers to serve the airport. Although traffic grew satisfactorily during the late 90s, during the last decade, there has been little growth. In both 2007 and 2008, traffic was down less than 1%, but in 2009 it fell by almost 12%. 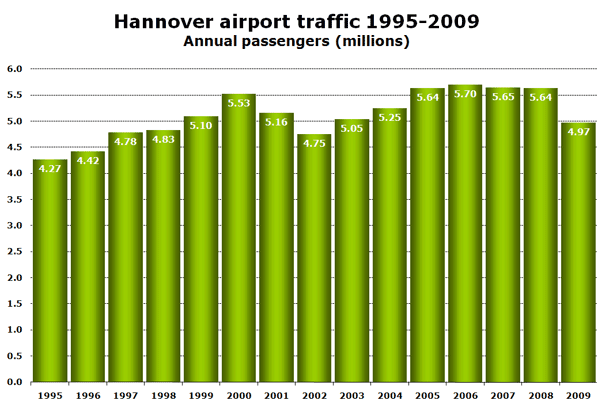 The airport will be hoping that the decision by germanwings to base three Airbus aircraft will help boost passenger numbers in 2010 and beyond. At a stroke, the airline becomes the third biggest at the airport with 75 weekly departures to 16 destinations, behind Lufthansa (with just two routes) and airberlin, which this summer will serve a total of 22 destinations from Hannover. 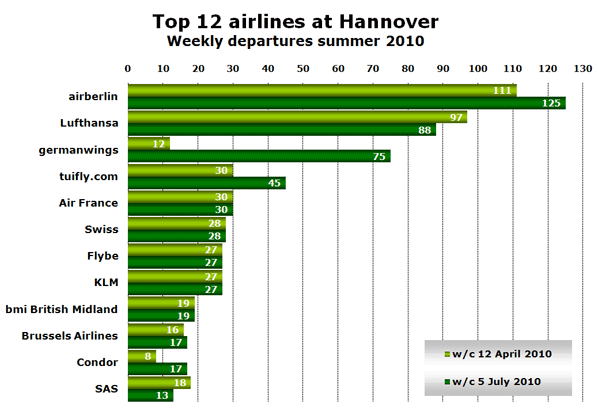 The 75 weekly departures will be spread across 16 destinations in 10 countries this summer. The three routes with the highest frequencies, to London Stansted, Stuttgart and Vienna, will all see germanwings go head-to-head with the airport’s biggest customer airberlin.

Palma is already served by airberlin with 22 weekly departures, while Condor offers five weekly flights and TUIfly.com a further 12. The decision to start four new routes to Croatia (with a total of eight weekly departures) is notable.

A closer look at the airline’s schedule reveals that the three aircraft are scheduled to depart Hannover during the week at 06:45, 06:50 and 07:00. The aircraft do not return to base for the night until well after 22:00 on every day of the week. The only respite for the fleet appears to be Saturday afternoon and Sunday morning (one aircraft each). 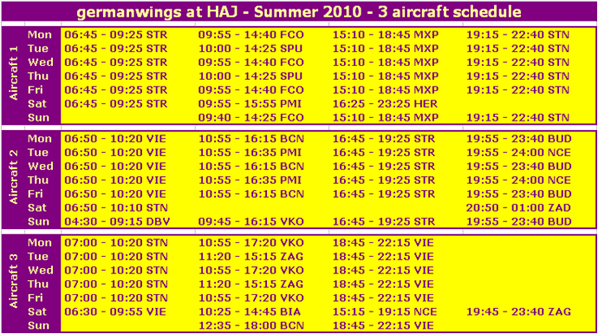