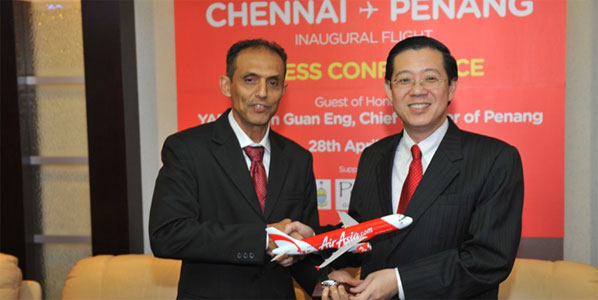 Although Air Asia does not currently make the list of top international airlines serving India, the airline is growing its presence. In the last week flights were launched between Penang and Chennai and further Indian launches have been announced to take place later this year. 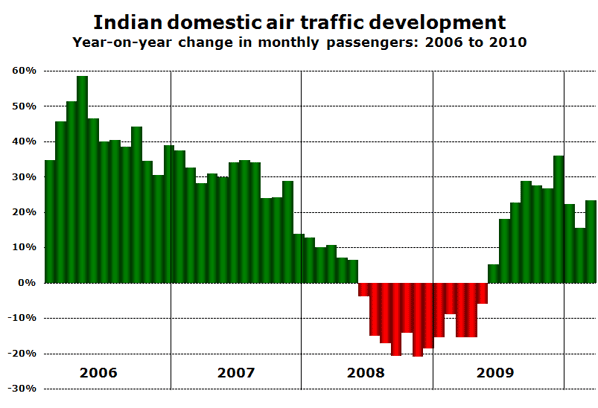 The combined might of Jet Airways and its subsidiary Jet Lite continues to have the largest share of the Indian domestic market based on passenger numbers. In the first quarter of 2010, the Jet Airways Group has averaged around 26% of the market compared with Kingfisher at around 23%. These two carriers (which have absorbed the likes of Air Sahara and Air Deccan in recent years) carry almost one in every two passengers around India. 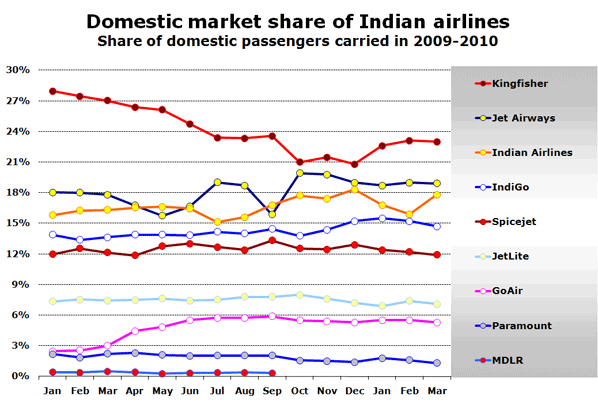 So far in 2010, there have been no significant developments in the domestic landscape with the rankings of the nine major domestic airlines remaining unchanged.

Kingfisher looks to increase its share of international market

These new route launches will increase Kingfisher’s share of the Indian international market where in the first two months of 2010 it had less than 7% of the market among Indian carriers. In January and February combined, Kingfisher carried just 106,000 passengers on international flights, or around one in every 15 international passengers flying with an Indian airline.

Air India and Indian Airlines combined (or NACIL – National Aviation Company of India Limited as the combined government controlled entity is catchily named) has around 50% of the market among the reporting Indian carriers with Jet Airways closing the gap gradually. 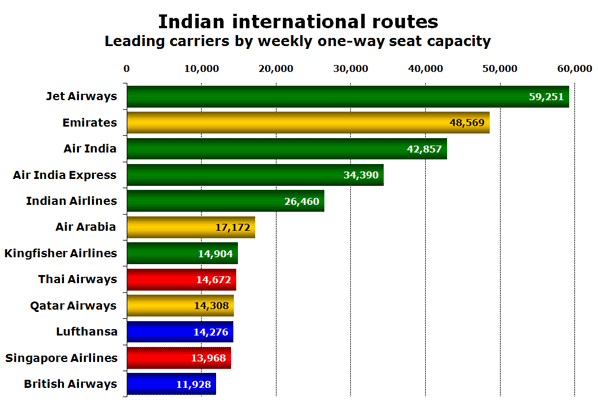 Indian carriers operate around 38% of the scheduled seat capacity on international flights to and from India. Analysing schedule data for April 2010 reveals that Emirates is the third largest carrier by weekly seat capacity behind Jet and NACIL (which also includes Air India Express). Two other Middle Eastern carriers, Air Arabia and Qatar Airways, both rank inside the top 10, while the leading Asian carriers are Thai Airways and Singapore Airlines. The leading European carriers are Lufthansa and British Airways. Lufthansa serves seven Indian airports non-stop from Frankfurt and two from Munich, while British Airways serves five destinations from London Heathrow. The two destinations that Lufthansa serves but BA does not are Kolkata and Pune.