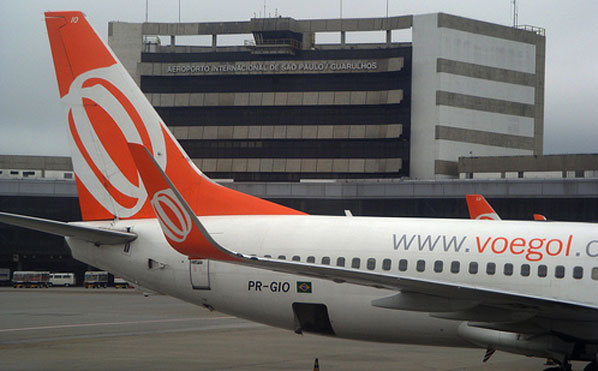 International traffic has grown relatively modestly but domestic traffic has almost tripled to take 60% of seat capacity as GOL and TAM have grown quickly.

Sao Paulo’s Guarulhos airport is by far the busiest airport in Brazil, handling 21.7 million passengers last year (Source: Infraero), around one-sixth of all passengers passing through Brazilian airports. Its closest rival is Congonhas airport, which also serves Sao Paulo and handled 13.7 million passengers in 2009. Rio may be the international face of Brazil and Brasilia its capital, but Sao Paulo is the biggest city with a population of around 11 million. It is also by far the busiest international airport in the country with around 40% of its passengers either arriving or departing on international flights. 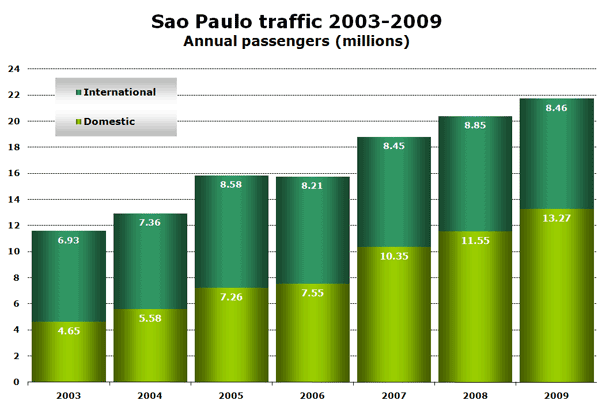 Brazil’s economic uncertainty resulted in traffic numbers at Guarolhos falling from almost 15 million in 1998 to 11.5 million in 2003. However, since then the economy has been much more stable and passenger numbers have surged by almost 90% in just six years. While international traffic has grown relatively modestly, domestic traffic has almost tripled as GOL and TAM have grown quickly and been joined by relative newcomers such as webjet. 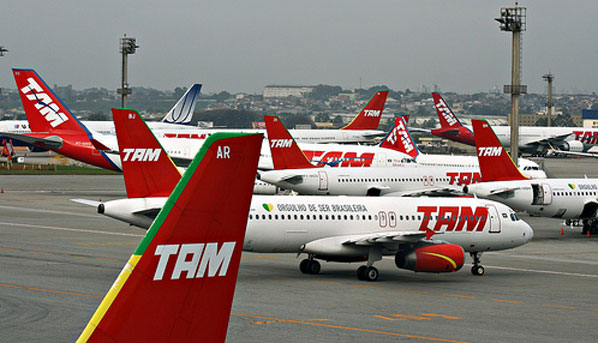 A lot of TAM tails – in fact the soon-to-be Star Alliance member TAM has a 39% capacity share including 13 international routes versus GOL/Varig with less than 25% capacity and just three international services.

A total of 37 airlines operate scheduled services at the airport at present including Air Canada, American, Continental, Delta and United from North America; Air France, Alitalia, British Airways, Iberia, KLM, Lufthansa, Swiss, TAP and Turkish Airlines from Europe; JAL and Korean Air from Asia; and Emirates from the Middle East, who started flights back in October 2007. JAL’s service looks likely to end later this year as part of the airline’s significant restructuring and network cutbacks.

Domestic traffic accounts for around 60% of seat capacity, but based on non-stop weekly departures, neighbouring Argentina and the US are the two leading international country markets each with over 100. 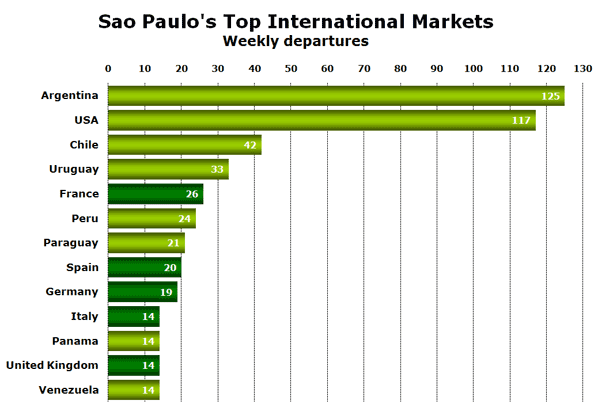 European countries (in dark green) account for five of the top 13 country markets led by France with 26 weekly departures. Soon to be Star Alliance member TAM operates twice daily to Paris CDG while Air France has 12 weekly flights to the same airport for SkyTeam.

Some international services to Europe and North America operate via Rio De Janeiro, which distorts the country rankings a little. Later this year will see the arrival of Qatar Airways, which will serve Sao Paulo non-stop from Doha with an onward connection to Buenos Aires.